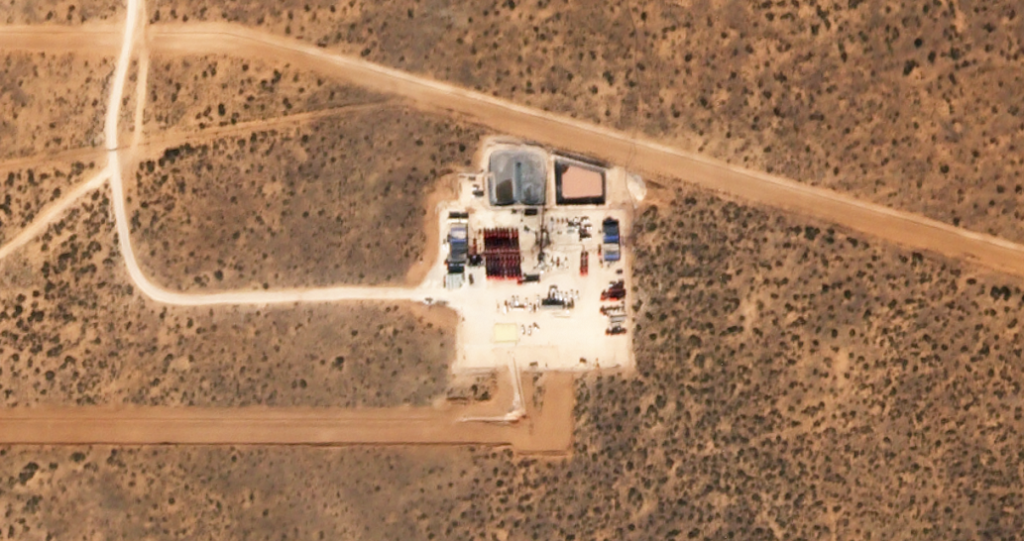 Source: Planet.
A modern frac spread in the Permian Basin as seen from a satellite.

Fueled by a culture of innovation, hydraulic fracturing has transformed the energy landscape from inside North America out. But achieving that paradigm shift took years of improving subsurface understanding, technology development, and fine-tuning the completions practice through trial and error.

Authors from Liberty Oilfield Services set out to document this evolution in SPE 194345 as they took a deep dive into fracturing history. Their paper traces the advancements in fracturing study and deployment from its earliest days to the present.

Fracturing first took place in 1947 and has grown exponentially in uptake over the past 2 decades. The result has been the shale revolution, which has catapulted the US to at or near the top of the world in both crude oil and natural gas production.

Between 2000—just after fracturing pioneer Mitchell Energy began commercial shale production—and 2018, yearly US dry gas production went to 83 Bcf/D from 53 Bcf/D while US crude output climbed to just under 11 million B/D from 5.8 million B/D, according to data from the US Energy Information Administration. Once largely dependent on imports, the country has become a net gas exporter and oil exports are reaching new heights.

Since the turn of the millennium, “the difference has really become that we bring the frac down to the hydrocarbon molecule in the rock,” said Leen Weijers, vice president of engineering at Liberty Oilfield Services, at the recent SPE Hydraulic Fracturing Technology Conference in The Woodlands, Texas. “We do that with multistage horizontal wells and a focus on complexity, creating a plumbing system that is two miles long and maybe half-a-mile-wide and maybe 500 ft in height.”