US Leads World in Oil Reserves 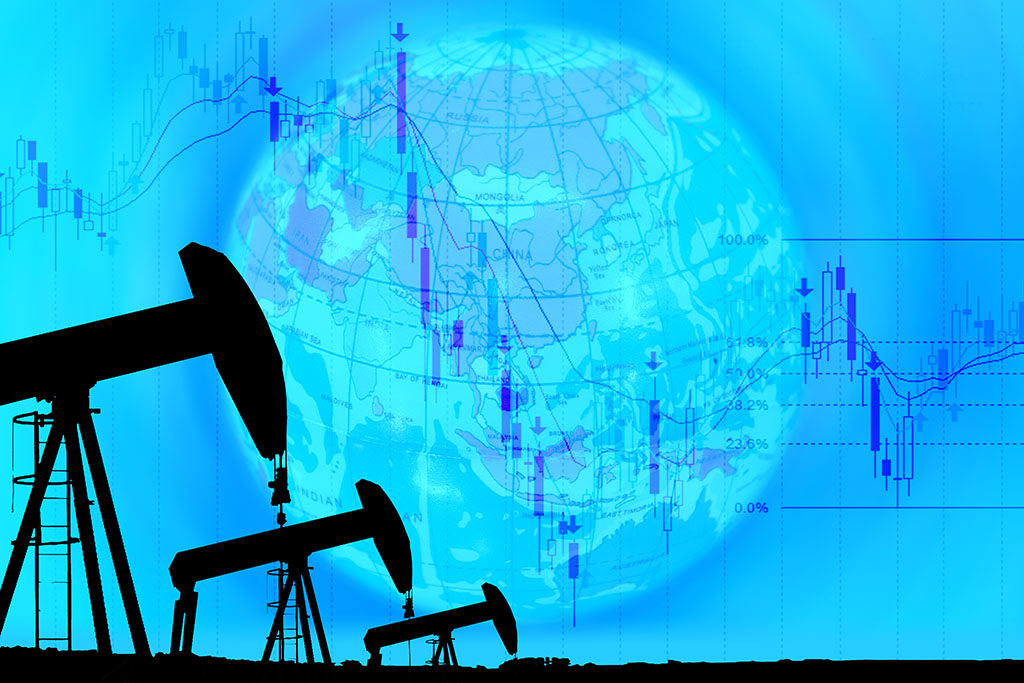 The energy research firm estimates the world’s proven oil reserves—a statistical estimate of oil to be produced from fields and wells already sanctioned for development by oil companies and approved by governments—at 386 billion bbl, approximately only one-quarter of the reported 1,730 billion bbl in the BP statistical review. 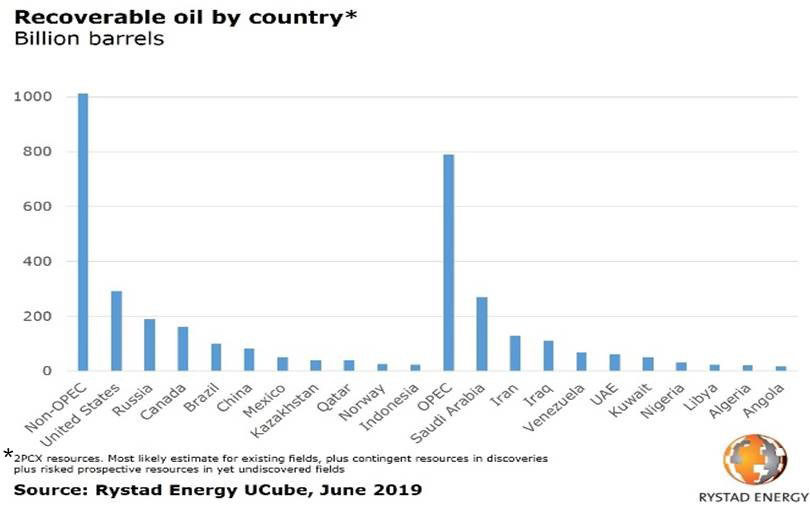 When estimating reserves and resources, Rystad applies the classification aligned with SPE’s Petroleum Resources Management System (PRMS). The PRMS was developed to provide consistent and reliable definition, classification, and estimation of hydrocarbon resources. The system is based on input and approval from other industry societies, including the World Petroleum Council, American Association of Petroleum Geologists, Society of Petroleum Evaluation Engineers, Society of Exploration Geophysicists, European Association of Geoscientists and Engineers, and the Society of Petrophysicists and Well Log Analysts.

Rystad says it uses the standard to ensure consistent comparisons across the world for both OPEC and non-OPEC countries and for conventional and unconventional fields. Official reporting from national authorities applies more diverse and less transparent standards, says the firm. For example, some OPEC countries such as Venezuela report official reserves that apparently include undiscovered oil, while others like Brazil and Norway report conservative estimates covering only existing fields.

“Official reserves reporting from Saudi Arabia indicates an upward revision of 10%, but we don’t see increases in activity that would justify such a large upgrade, so this revision could be due to changes in reporting methodology. The 20% revision to official US reserves, on the other hand, is due to higher reserves reported by the operators and is based on more stringent rules from the US Securities and Exchange Commission,” said Per Magnus Nysveen, Rystad head of analysis.

Rystad reported that while shale and tight resources in the Permian remain largely flat, production has been replaced through improvements in well configuration, largely driven by supermajors increasing their footprint in the Permian Midland Basin and by fine-tuning operations. But the annual report also noted that production has not been fully replaced in some US shale plays such as the Eagle Ford in Texas and Utica in Ohio. “Oil companies have been focusing on core development and cash flows rather than exploration and de-risking non-core assets,” CEO Jarand Rystad said.

Other notable reductions in resources are for non-US shale discoveries. Offshore deepwater exploration, meanwhile, have resulted in a positive replacement ratio, mainly driven by new discoveries in Guyana by ExxonMobil.

US Leads World in Oil Reserves

What Role Will LNG Play in Balancing Gas Demand in the MENA Region?