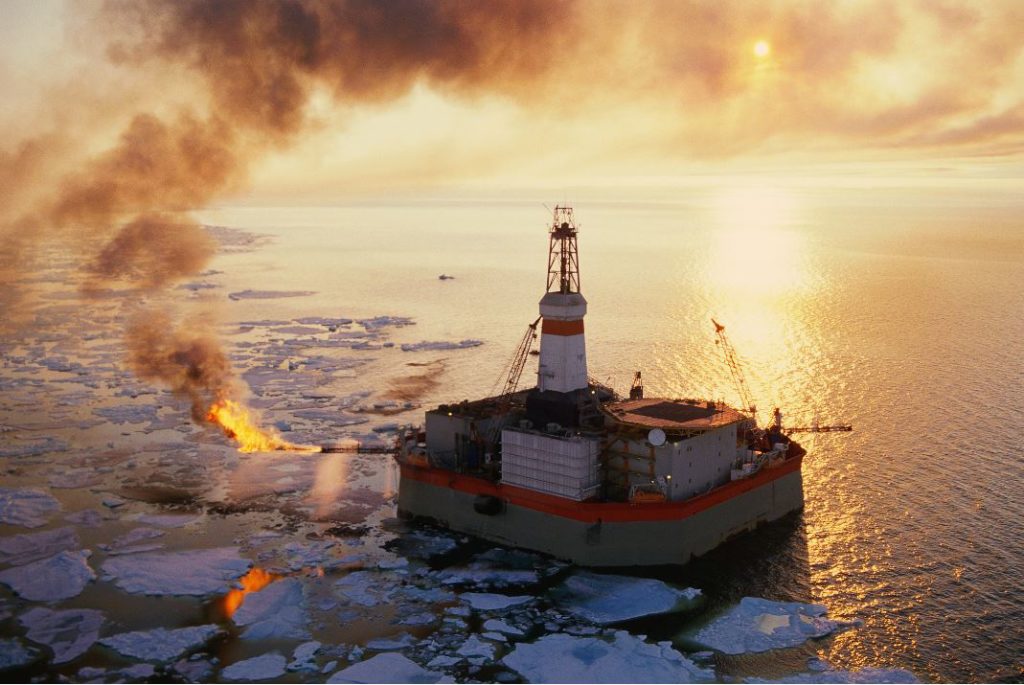 An offshore drilling platform in the Beaufort Sea. Not long ago, exploring for hydrocarbons in such remote areas was considered critical to meeting growing global demand. A new report argues that the outlook is now very different. Source: Getty Images.

The global trend toward alternative energy sources and shifting stakeholder sentiments could mark the demise of the oil and gas exploration sector. It may also represent an opportunity to transform.

This is according to a new report published by Wood Mackenzie, a global research firm that has been analyzing the oil and gas industry since 1973. The report concluded that a number of driving forces indicate that peak oil demand is likely to manifest within the next 20 years—removing the need to tap many of the world’s undeveloped fields.

“But the pace and nature of the energy transition is highly uncertain,” noted Andrew Latham, vice president of exploration at Wood Mackenzie and author of the report. “The world might move more quickly to deeper decarbonization. Even if this happens, we still see a chance for exploration to successfully re-invent itself and retain an important role.”

Wood Mackenzie projects two scenarios in the report. The most probable scenario, also the most positive one for explorers, forecasts a supply gap of 16 million B/D by 2040. This base case sees that the current industry spending of about $40 billion per year is sustainable and enough to meet demand.

The other model hinges on a more aggressive outlook for global decarbonization. This scenario predicts that rising adoption of electric vehicles, new biofuel mandates, and a reduction in single-use plastics will slash oil demand by as much as 10 million B/D by 2040.

Under these conditions, all but 6 million B/D of global demand would be met by existing oil fields. Latham characterized the confluence of these factors as an “existential threat to exploration.”

However, the report argues that the clearest risk facing the exploration sector is coming from inside the house. If production-boosting technologies in existing fields were to yield only a 2% uplift in recovery factors, the need to find 6 million B/D of new reserves could be canceled altogether.

“Given that we might be on the cusp of a new digital technology revolution—advanced seismic imaging, data analytics, machine learning, and artificial intelligence, the cloud and supercomputing—such an improved recovery scenario is hardly fanciful,” Latham wrote.

The industry’s license to operate is also under increased scrutiny, a trend that shows no signs of letting up. On the financial side, investors have started their slow retreat from the upstream business, pushing large oil companies to redirect cash from exploration budgets into shareholder dividends or crowd-pleasing investments in zero-carbon technologies.

Meanwhile, governments around the world are considering stricter limits on oil and gas activity, including potential bans on future exploration.

Oil companies can attempt to mitigate such outcomes by adopting technologies or practices that lower the carbon footprint of operations. Examples include using renewable energy to power production equipment and taking steps to reduce gas flaring. The industry’s deep understanding of subsurface fluid dynamics has also opened the door for it to play a major role in future carbon sequestration projects.

While acknowledging the uncertainty of how fast the energy transformation will unfold, the report determines that the industry will never return to the level of exploration activity seen during the prior decade.

In light of these possibilities, the consultancy’s report advises that conventional exploration companies focus on the highest-quality prospects, and those with shorter cycle times. Following this would place a priority on offshore developments where infrastructure is in place, allowing satellite fields to be cost-effectively tied in, or in onshore fields where phasing in new developments is even easier.

Explorers will also increasingly turn their attention to natural gas discoveries, despite the world’s abundant supply of associated and stranded gas. Using its more severe decarbonization model, Wood Mackenzie still forecasts a 15% increase in natural gas production over the next 20 years.

If all these changes are realized, the consultancy’s report predicts that the exploration sector will relinquish its role as the oil industry’s “primary engine of growth,” and take on the new responsibility of improving existing portfolios.

Download the report here: "Why Explorers Are in the Grip of an Existential Crisis" 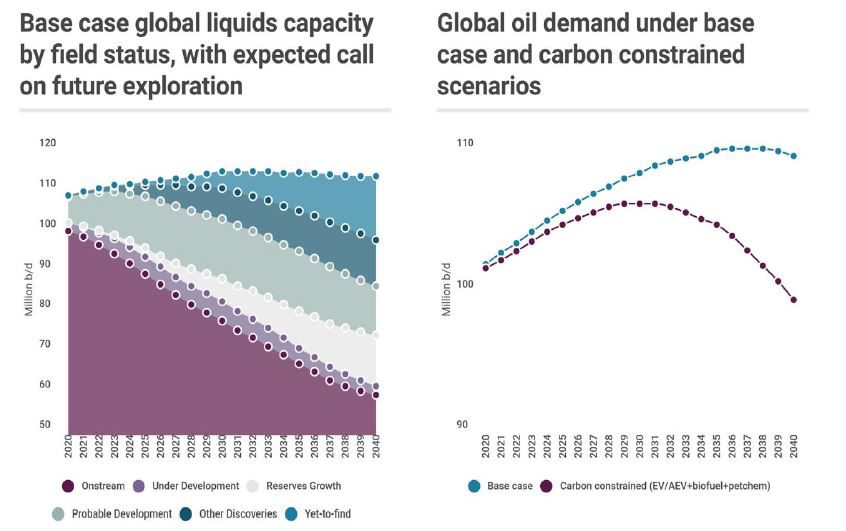