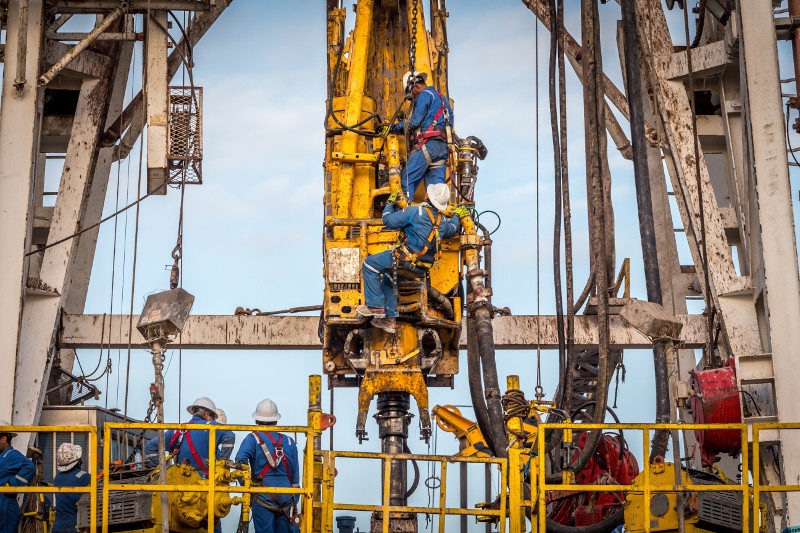 Led by production from Texas and the Gulf of Mexico, the US produced 12.2 million B/D of crude oil and condensate in April, according to the US Energy Information Administration (EIA). The government agency said it is the first time that US crude production has crossed the 12 million B/D milestone, and comes less than a year after the country surpassed 11 million B/D in August 2018.

Both Texas and the federal waters of the Gulf reached new highs in April at 4.97 million B/D and 1.98 million B/D, respectively. Oklahoma also set a new record production level of 617,000 B/D.

The EIA notes that 61% of total US production, or 7.4 million B/D, comes from tight-rock formations that are exploited via hydraulic fracturing in horizontal wells.

Most of the credit for the new US record is assigned to activities in the Permian Basin region that spans west Texas and eastern New Mexico. Many of the oil and gas companies operating there are tapping into multiple “stacked” layers of oil-bearing rock, a factor that makes the Permian one of the most attractive basins in North America.

The region’s month-over-month growth averaged about 100,000 B/D nearly all of last year despite pipeline capacity constraints. The EIA predicts that the Permian will average 4.4 million B/D in 2019—an increase of 920,000 B/D over the 2018 average.

The EIA cited efficient use of pipelines, increased trucking, and rail transport as factors allowing the growth to continue. A separate report recently published found that the Permian will have a moderate overbuild of pipelines by early next decade, but if production grows, a 500,000 B/D bottleneck may re-emerge by the 2030s.

The US Energy Information Agency (EIA) forecasts that 23 new fields brought on either last year or expected to come on stream this year will see the federally controlled waters of the Gulf of Mexico average 1.9 million B/D for 2019. These new fields are projected to account for over 200,000 B/D of the 1.9 million B/D. Source: EIA