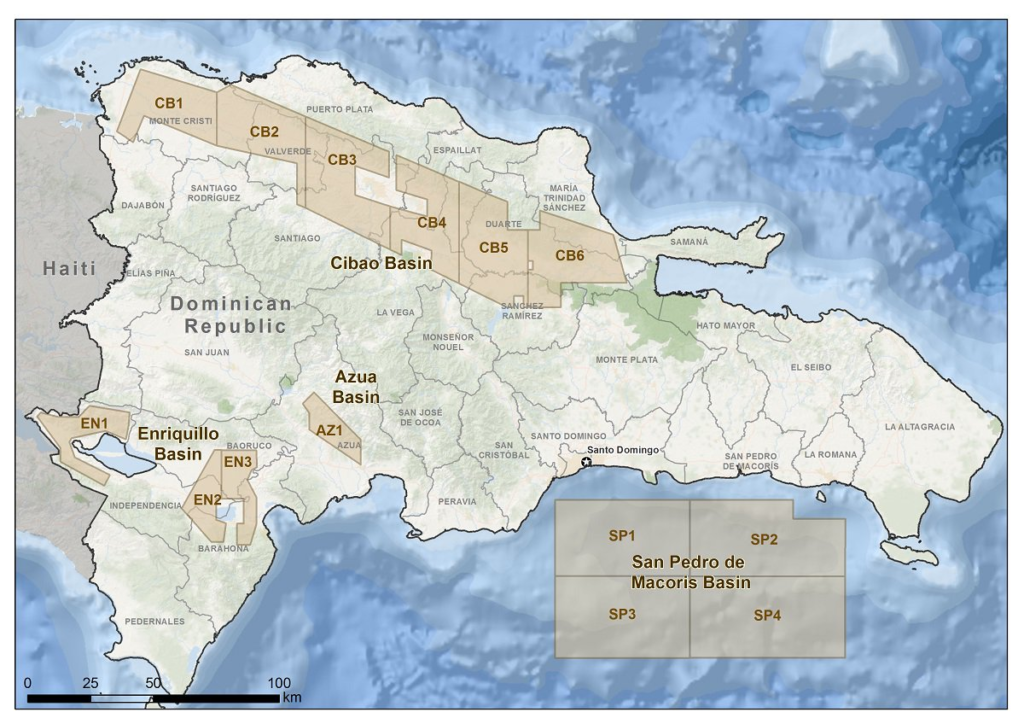 The Dominican Republic officially kicked off its quest to become the central Caribbean’s next oil and gas hub with its first licensing round of 14 onshore and offshore blocks.

The country announced the terms of its historic auction earlier this week in Houston where many of the potential suitors have a headquarters or a major presence. The largest exploration companies in attendance included Anadarko, Apache, ExxonMobil, Noble Energy, CNOOC, Shell, and Repsol.

The Dominican Republic’s Ministry of Energy and Mines will base the awards on work commitments that include a minimum investment of $2 million for the onshore areas, and $4 million for the offshore blocks.

Wood Mackenzie, which is helping plan and evaluate the auction for the Dominican government, described the contract terms as “flexible” by highlighting that operators will have between eight to 10 years to explore and drill for at least one well in each of the areas they are awarded.

Optimism has surged in the Caribbean in recent years after ExxonMobil made a series of major discoveries offshore Guyana. Earlier this year, ExxonMobil and Repsol both signed contracts with the Colombian government to explore blocks in its territorial waters of the Caribbean Sea.

Wood Mackenzie, a global oil and gas consultancy, said there are currently no exploration activities taking place in the Dominican Republic but pointed out that there is a historical context for potential. “The exploration performed in the country since the early 20th century indicates the presence of a working petroleum system,” said Juan Agudelo, the director of upstream consulting at Wood Mackenzie.

The government is making seismic data available for the proposed blocks while incentivizing further acquisition of geologic and geophysical data. Companies participating in the auction may submit their own proposals to change the size or shape of the blocks—a tactic that was previously used by Mexico before its first licensing auctions in 2015.

Winning bids are expected to be announced in November and the government will consider the licensing round a success if just two of the blocks are awarded, according to Reuters.