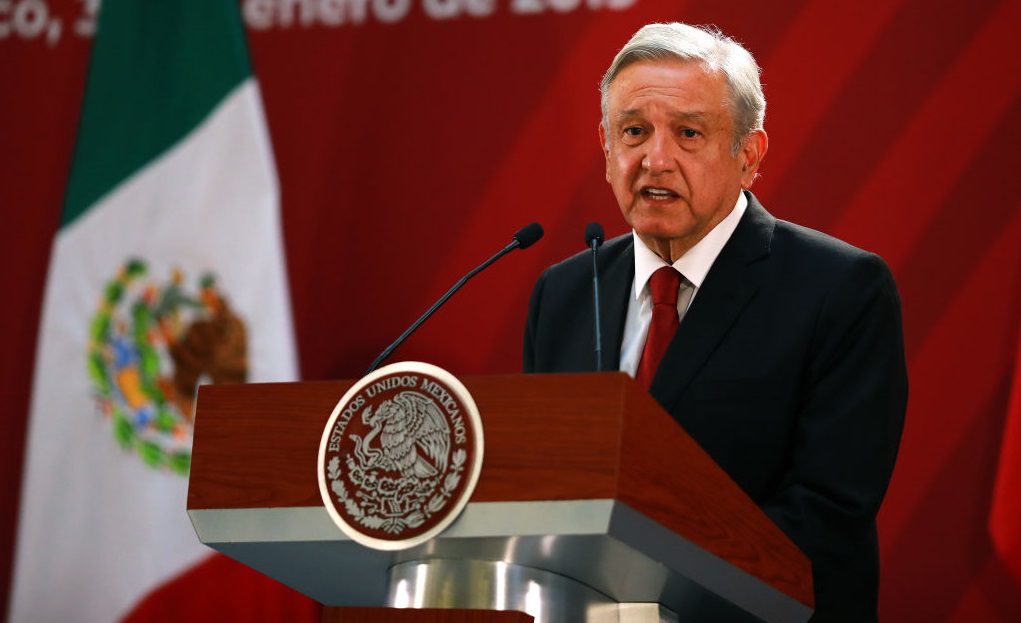 Pemex will implement a plan intended as “a rescue of the country's energy industry after the resounding failure of the energy reform,” said Mexican President Andrés Manuel López Obrador during a presentation at the National Palace in Mexico City on 16 July.

The latest 5-year plan for Mexico’s state-owned oil and gas firm aims to balance its budget by 2021 and increase oil production to almost 2.7 million B/D by the end of 2024, the conclusion of Lopez Obrador’s presidential term. Pemex has more than $100 billion in debt and has suffered production declines for 15 consecutive years. In May, it produced just under 1.7 million B/D, according to statistics available on the company’s website, down from 3.4 million B/D during 2004.

Octavio Romero Oropeza, Pemex chief executive officer, blamed the declines on a lack of investment by the company.

Pemex will receive “a gradual reduction of its fiscal burden” through tax relief, said Lopez Obrador, in which the government will present a proposal to reform Mexico’s Hydrocarbons Revenue Law. This would reduce the shared utility tax rate by 7% for 2020 and 4% for 2021. The current rate is 65%.

The financial relief is meant to free up investment by Pemex in new projects that will primarily come in established areas onshore and near-shore as opposed to more-expensive, less-familiar deepwater areas. Romero Oropeza said the government’s goal is to support Pemex for the first 3 years of Lopez Obrador’s administration to ready the company to help fund Mexico’s economic growth plans during the second half of the administration.

Romero Oropeza added that “public investment will be complemented by private investment through long-term service contracts for oil production.” He said, “Pemex makes clear its openness to business schemes with the private sector under strict observance of the company’s interests and with fair and transparent agreements, leaving behind the practices in which Pemex participated at a disadvantage.”

Energy reforms were signed into law in 2014 by former President Enrique Peña Nieto, opening up the industry to domestic and foreign private sector participation. During 2015–2018, Mexico’s National Hydrocarbons Commission conducted several bid rounds for deepwater, shallow-water, and onshore areas, awarding more than 100 contracts to numerous companies from both Mexico and abroad. Those contracts will continue to be honored.

However, since taking office, the Lopez Obrador administration has canceled previously scheduled bid rounds and Pemex farmouts in an effort to stop further advancement of the reform.