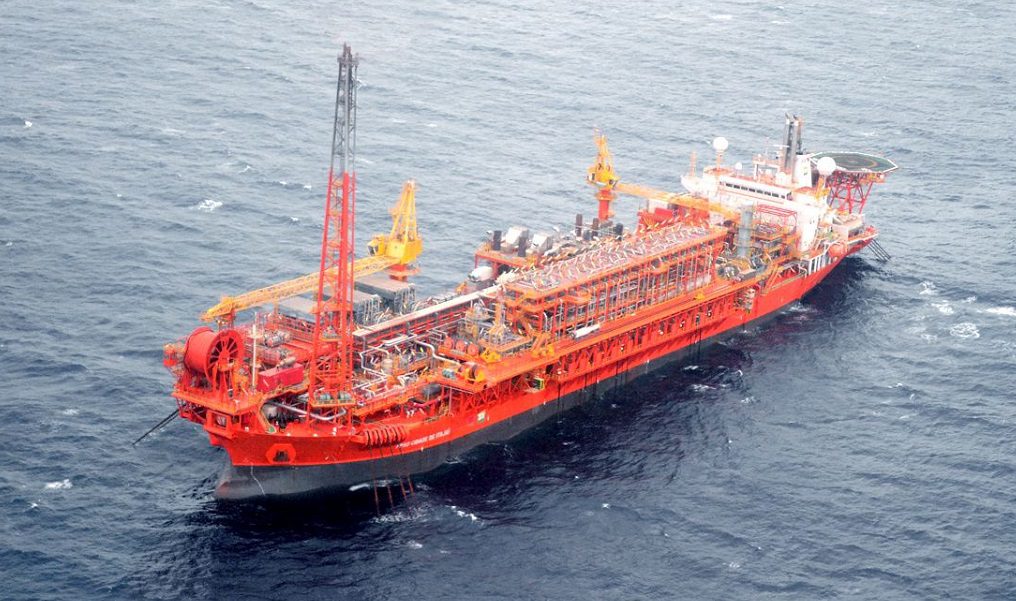 The Cidade de Itajaí floating production, storage, and offloading (FPSO) vessel is located at the Baúna field in the shallow-water Santos Basin. The FPSO can produce 80,000 B/D of oil and store 600 million bbl of oil. Source: Odebrecht

Brazil’s state-owned Petrobras has agreed to sell shallow-water assets in the Campos and Santos Basins to two companies for a combined $1.5 billion. The moves are part of the company’s multiyear divestment program.

The Pampo and Enchova hubs off Rio de Janeiro include the Enchova, Enchova Oeste, Marimbá, Piraúna, Bicudo, Bonito, Pampo, Trilha, Linguado, and Badejo fields, which produce a combined 25,500 B/D via the PPM-1, PCE-1, P-8, and P-65 platforms. The fields were developed in the 1980s. Trident will pay $851 million to Petrobras in two installments and could pay up to $200 million more depending on future crude oil prices.

“During the evaluation phase, we identified a large number of attractive projects to increase the production and extend the life of these fields,” Trident said in a news release. Backed by New York City private equity firm Warburg Pincus, Trident is focused on exploration and production in Africa and Latin America.

The Baúna field off São Paulo state produces 20,000 B/D via the Cidade de Itajaí floating production, storage, and offloading vessel. The field consists of two producing oil reservoirs, Baúna and Piracaba, as well as the undeveloped Patola discovery. Output is expected to grow to 33,000 B/D in 2022 through development of Patola and well interventions, the company said.

The field has been flowing light, sweet crude since 2013. Karoon will pay $655 million in two installments.

Slated to close in first-half 2020, the deal is “expected to deliver material operational and logistical synergies for the potential development of Karoon’s existing southern Santos Basin assets, Neon and Goiá,” Karoon said in a new release. In addition to Brazil, the company has projects in Australia and Peru.