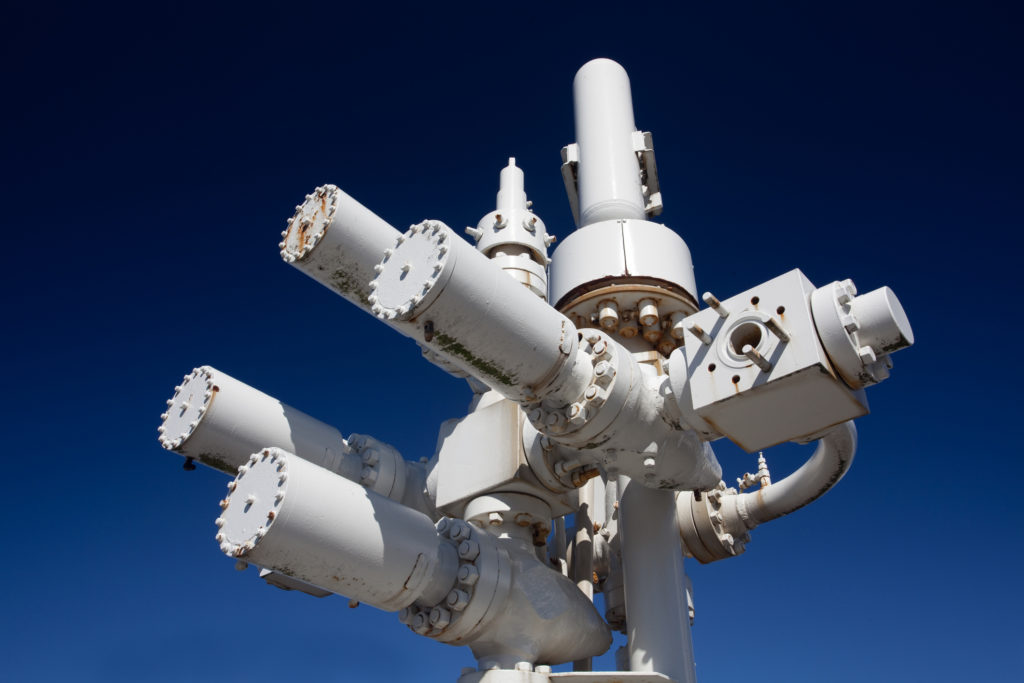 Almost all gas wells that co-produce liquids share a common and troublesome fate: liquid loading. A new artificial lift technology is being tested across different US shale plays with Equinor to avoid this inevitability. If successful, the system will become a viable alternative to the way in which these wells are produced today.

Liquid loading crops up as the natural drive provided via early-stage gas production falls below the point required to move the associated water and/or natural gas liquids to the surface. The problem is progressive, and ultimately leads to a water column in the well. This slows and eventually stops flow until an intervention is executed or if the well is shut in to build up pressure.

Though liquid loading occurs in both conventional and unconventional wells, it poses the biggest economic risk to the latter because of the inherently rapid decline rates. After a couple of years, their flow is often only a quarter of what it was during initial production.

These are the factors driving Upwing Energy to develop a magnetically driven subsurface compressor system. As explained by Chief Executive Officer Herman Artinian, the company’s technology boils down to this concise concept: “Suck the gas, and the liquids will come with it.”

Like all artificial lift systems, the compressor is meant to be used when natural flow has stopped. The Cerritos, California-based Upwing believes that after 2-3 years the bottomhole pressure in most horizontal gas wells is low enough for the compressor to be used as a way to draw down pressure even further, both in the well and the reservoir’s fracture network.

With a constant source of suction, the trapped liquids can be moved from the nano-sized pore throats, creating new pathways for free gas flow. Work done so far suggests a pressure-reduction ratio of roughly 3:1 does the job, e.g. a bottomhole pressure of 900 psi would set the compressor’s target at around 300 psi.

As the gas and liquids exit the compressor, the increased velocity carries a continuous stream all the way to the wellhead, preventing liquid build up and slugging. Initial field tests of a prototype showed the compressor was able to lift 150 bbl of water per 1 mmscf. “That’s a significant amount of liquids—more than what most unconventional wells are producing today,” said Artinian.

In 2016, shortly after the firm was founded, Upwing tested four prototype compressors in wells in Texas. Production in these wells saw an increase ranging between 30-58%. The aim for the fully developed version is a 75-100% boost in gas output, “which directly translates to a minimum of 10-20% more recoverability of an unconventional well,” said Artinian, adding that the return on investment is expected to be between 6 months and a year.

Those are all big numbers, and the quick math says that such a system would hand operators a way to increase production while drilling far fewer wells in the future. Whether this promise holds may be decided soon since Upwing is in the midst of launching four new field pilots in the Eagle Ford, Marcellus, and Utica shales, along with the San Juan Basin, known for its coalbed methane deposits.

Two of these deployments will involve unconventional assets owned by Norwegian oil and gas company Equinor, which took a 15% ownership stake in the startup last year after making an unspecified investment. Equinor’s pilots are designed as a proof of concept, and will be using the prototype version of Upwing’s compressor system that relies on ball bearings instead of the fully magnetic system being developed for commercial use.

“The potential for this is huge,” said Mehdi Rafiee, an investment manager with Equinor in Houston who has a reservoir engineering background and led some of the early research into Upwing. He said the pilots will focus on the reservoir’s production response to a lower bottomhole pressure. “In theory this should work fine, however, we need to prove it in the field before rolling out commercial units,” added Rafiee.

If development efforts continue in the right direction, then the biggest test for downhole compression may be whether it nabs market share from the plunger lift market. Plunger lift systems function by allowing liquid loading to occur before dropping a steel plunger to help production-blocking fluids flow out to surface. While their efficiency may be questioned, many operators view plunger lift as a simple and cost-effective method for producing liquid-rich wells. 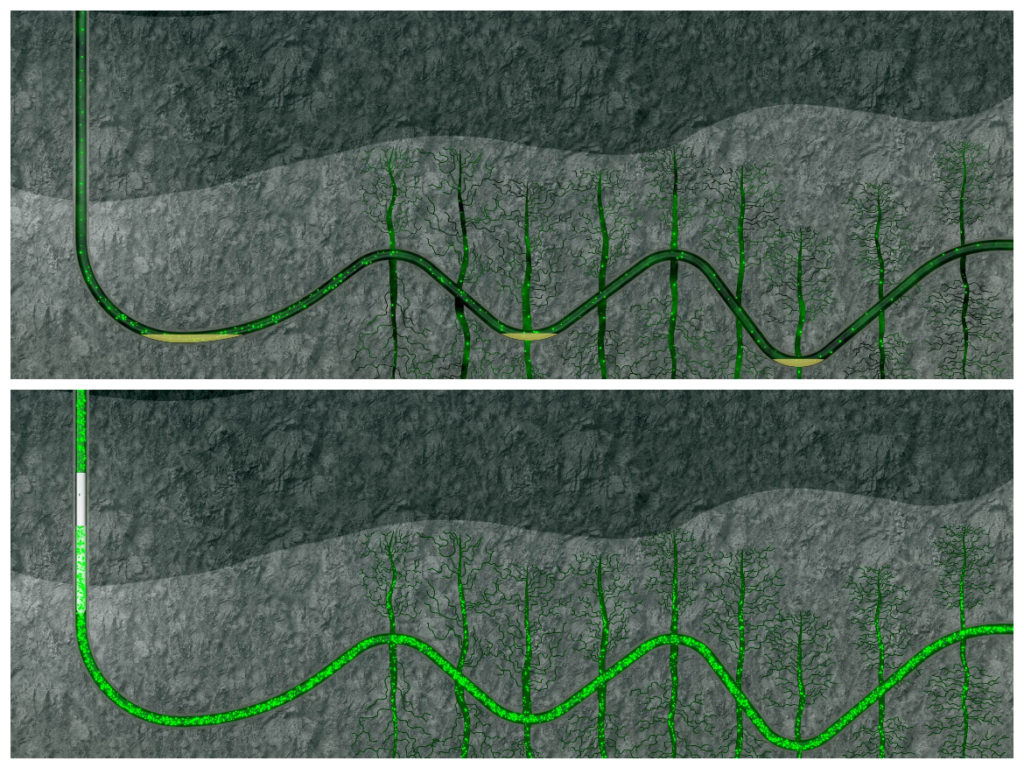 Before and after: Liquid loading in an undulating horizontal well is visualized (top) in both the wellbore and inside the induced fractures. With subsurface compressor (bottom), the goal is to create a low-pressure environment that constantly sucks fluids from the fractures and wellbore toward the well’s vertical section.

Though never put to work at scale, the idea of using downhole compression has been around for a while. Shell first tested a version of the technology decades ago but found it was too delicate and complex for real-world use, requiring hundreds of gallons of hydraulic fluid to be pumped from surface to turn a turbine.

Upwing’s innovation solves for this by using a cabled power source from the surface to turn the downhole compressor’s drive shaft at 45,000-50,000 RPM. At these speeds, the ball bearings become the system’s Achilles’ heel. To circumvent rapid wear and tear, Upwing’s commercial version of the compressor will hinge on technology familiar to anyone who has ever been on a high-speed train using magnetic levitation, or maglev.

“It’s very similar,” said Artinian. “The whole shaft is being levitated by a magnetic field, provided by two magnets that repel each other. That means the entire shaft does not touch or contact the housing, or any non-rotating parts, so there is no friction and we don’t need lubrication.” Upwing’s expectation is that its design amounts to 5 years of reliable service life.

As it awaits results from its round of pilots, Upwing is being given a chance to see if its magnetic technology might improve output from oil wells too. In May, the firm and one of its partners, Mitsubishi Heavy Industries, was selected by DeepStar to carry out a feasibility study to see if its magnetic drive technology can be applied to electrical submersible pumps in subsea wells.

The study runs until early 2020, but the early work suggests that magnetically driven ESPs could reduce operating costs by 75% for applicable wells. DeepStar is an offshore research consortium supported by Chevron, Shell, Petrobras, and Equinor.