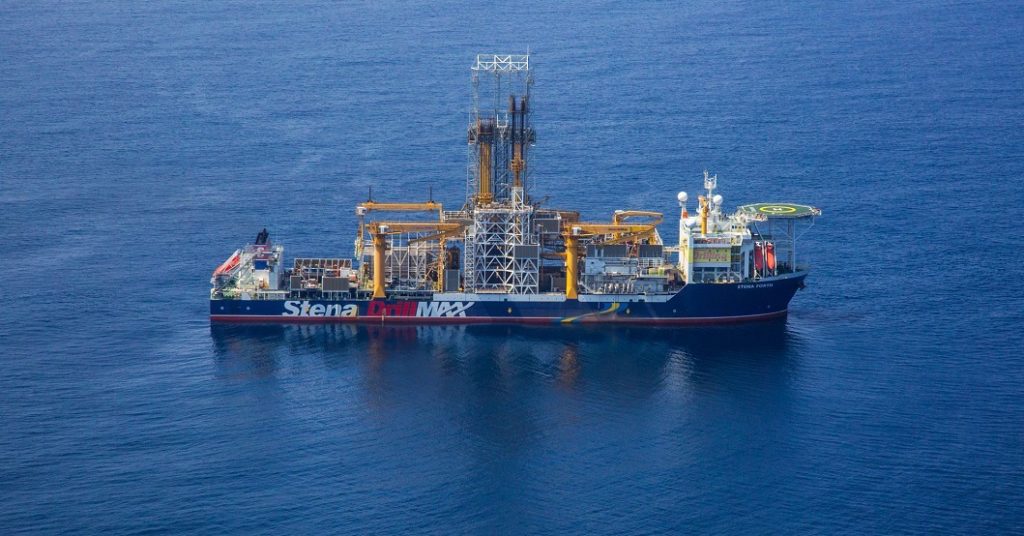 The Jethro-1 well was drilled by the Stena Forth harsh-environment, dynamically-positioned drillship to a TD of 4400 m in 1350 m of water. Source: Stena Drilling.

The Jethro discovery marks London-based Tullow’s first operated contribution to a long list of discoveries since 2015 in the emerging petroleum province, the rest of which have been led by ExxonMobil.

The Jethro-1 well was drilled in 1350 m of water by the Stena Forth harsh-environment, dynamically-positioned drillship, reaching a TD of 4400 m. Tullow said the prospect could hold more than 100 million bbl of recoverable oil.

The company added that the discovery “significantly derisks” other Tertiary age prospects on the Orinduik license, including the shallower Upper Tertiary Joe prospect, where drilling will begin later this month following the conclusion of work on the Jethro-1 well. Tullow also has a nonoperated interest in the Carapa 1 well that will be drilled later this year to test a Cretaceous oil play on the neighboring Kanuku license. Jethro-1 was spudded on 4 July.

The Orinduik prospects are in channel sands rather than basin floor fans, meaning they will each come out to roughly a couple hundred million barrels of oil equivalent instead of a billion-plus, said consultancy Wood Mackenzie.

Tullow, which holds a 60% stake in the Orinduik license, said it will next evaluate data from the Jethro discovery to determine appraisal activity. Partners on the license are Total and Eco (Atlantic) Oil & Gas with 25% and 15% interest, respectively.

ExxonMobil has tallied 13 discoveries on the nearby Stabroek Block, the most recent of which was its Yellowtail-1 find. The operator in May sanctioned Liza field’s second development, where production is slated to start up in 2022 and average 220,000 B/D of oil. A third development is expected to be sanctioned this year, with at least two more likely coming in subsequent years.

ExxonMobil’s Yellowtail and Tilapia finds off Guyana, each of which brings estimated volumes of more than 300 million bbl, represent the largest oil discoveries in a year in which exploration activity and discoveries are outpacing those of recent years.