US Fracturing Test Data Trickling Out With a Lot More Promised 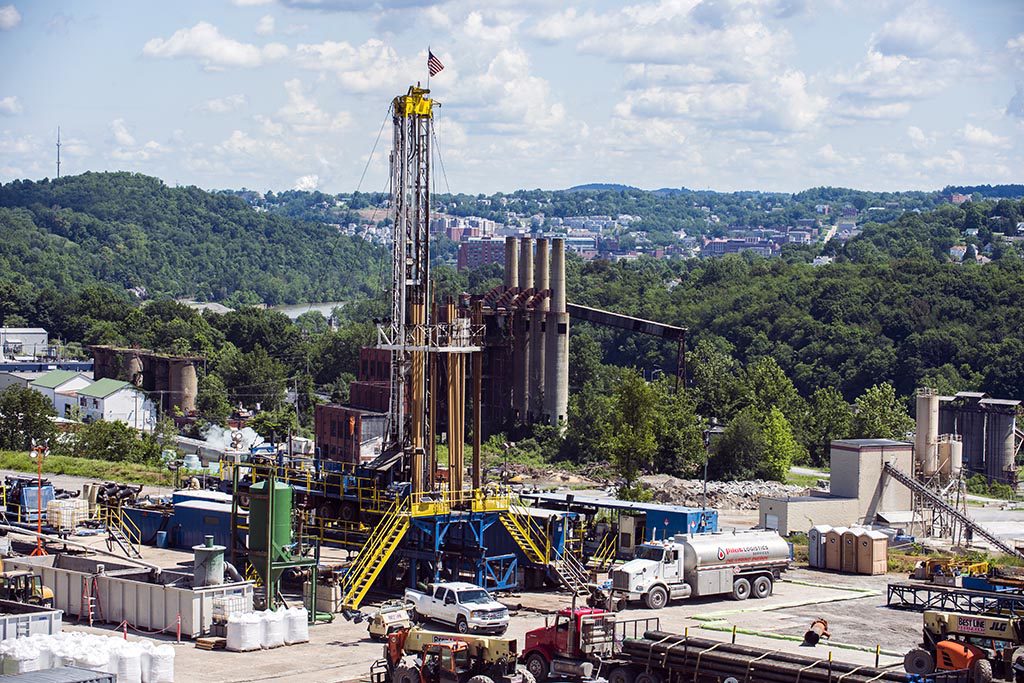 Results have been made public from this Marcellus Shale Energy and Environment Lab test well drilled by Northeast Natural Energy. Source: MSEEL.

A fracturing test site in West Virginia has quietly made a data trove available on the website of the Marcellus Shale Energy and Environment Lab (MSEEL).

Meanwhile, completion experts and students are impatiently waiting for data owed by Hydraulic Fracturing Test Site I in the Permian Basin on wells drilled and completed back in 2015. At the 2018 Unconventional Resources Technology Conference (URTeC), an official with the partnership promised those results by the end of last year, and this year promised them by the end of 2019.

The Marcellus website shares data on two highly instrumented gas well completions back in 2014 and 2015, plus two older wells and a monitoring well nearby. The federally funded public/private partnership conducted numerous tests on wells operated by Northeast Natural Energy, the oil company partner on the project.

One of the most interesting tests tried to answer the question: can an engineered fracturing design, with stage lengths varied based on rock properties, outperform the commonly used geometric designs dividing the well into even-sized stages.

The answer was yes. A paper at this year’s URTeC concluded that total production from “future wells could be 10-20% greater if one can exploit the technologic advantages gained for MSEEL in a more cost-effective fashion.”

Those who argue against engineered designs say the value added by the engineered variations do not justify the added cost of executing a plan that varies from stage to stage. Engineers on both sides of that argument will want more testing, and the public/private partnership is now working on a six-well test site nearby.

During URTeC, representatives of the Hydraulic Fracturing Test Site I offered seven presentations filling an afternoon session, but no papers were available with details.

During the opening session, moderator Tom Blasingame, a professor at Texas A&M University, asked a US Department of Energy (DOE) official when the data would be publicly available. The $11 million in funding from the DOE included a standard requirement that the data be shared within 2 years.

Shawn Bennett, DOE deputy secretary for oil and natural gas, pointed out that the industry partners that made significant contributions to these projects—in this case, $15 million including data and expertise—should be compensated with early use of the information before the industry sees it.

Blasingame pointed out that college students and faculty lack real-world fracturing data to do research and teach students about shale.

When asked about data sharing, Jordan Ciezobka, the general manager of the project, said data will be released later this year, but that there are many challenges associated with doing so. Those obstacles include finding a way to share pictures and CT scans of cores and dealing with massive volumes of data. There is also the problem of removing historical information contributed by Laredo Petroleum—the company that provided the test pad—and he said there were concerns about how to “handle the potential traffic; it could be a train wreck.”

For now, the Marcellus site offers a taste of the flood of data expected during the next decade as the number of new US-funded shale test sites and research projects grows, covering emerging plays, such as the New Caney in Oklahoma, and topics such as water management.

The MSEEL site offers a menu of options, ranging from detailed well data such as well logs and fracturing specifications to regularly update production data. For those eager to get a meter-by-meter look inside those wells, and equipped to handle enormous volumes of fiber optic data, it offers terabytes of fiber optic acoustic and temperature data.

The volume and variety of data was magnified by an aggressive research program using multiple diagnostic methods to investigate many questions. “We considered so many variables, it can be hard to pinpoint the impact of each change,” said Tim Carr, a professor at West Virginia University, which played a key role in establishing the site.

The data are free but making use of the bigger files requires access to hardware and software able to manage and analyze terabyte-sized files. The biggest data files also require contacting MSEEL to arrange the transfer.

A program created by Payam Kavousi Ghahfarokhi, an assistant professor at the University of West Virginia, makes it possible to analyze the data using Python, a widely used computer language, rather than the proprietary coding on the original data.

In the years ahead, the site will have a lot more data to offer. MSEEL has done preliminary work for its next test site, a pad with six lateral wells that is 4.5 miles from the first site. The goal is to demonstrate cost-effective technology to engineer better completions. It has drilled and installed instruments on six 10,000-ft laterals on the Northeast Natural Energy MSEEL Boggess Pad outside of Core, West Virginia.

Engineered completions in some of the wells will be monitored using fiber-optic sensing from Silixa. Innovations such as proppant that can be imaged from Treves will be tested.

The pace of change in completion designs exceeds the reporting cycles for test sites. Laredo moved to a new fracturing design before the release of the Fracturing Test Site I data. The company’s second-quarter earnings presentation highlighted a site where it increased production by spacing wells 1,320 ft apart, double the distance on a Hydraulic Fracturing Test Site I pad.

A five-well Laredo pad near Fracturing Site I will be used for an enhanced oil recovery (EOR) test using natural gas. The huff and puff test—periods of gas injection alternating with production—was moved there because Laredo wanted to do the EOR work on wells where it used its latest completion method, Ciezobka said.

Meanwhile, a second DOE-supported partnership, Fracture Test Site 2, has drilled and completed a well pad in the Delaware Basin on a lease jointly held by Anadarko and Shell. Those companies are among the 16 industry backers of the project. A slanted well will be used to collect core samples of the natural and created fractures.

On that well pad, fiber-optic cable will be used in three wells, and bottomhole seismic data collection and other diagnostics will help determine ideal well spacing and the value of limited entry perforations, Ciezobka said. A well to collect fractured core is planned but details have not been decided.

During an URTeC session on their work, Julia Gale, a senior research scientist in the Bureau of Economic Research at the University of Texas at Austin, described the size and frequency of the hundreds of natural fractures observed in the core samples collected from Test Site 1.

“Natural fractures occurred on locations where hydraulic fractures were less common and vice versa,” she said.

Most of the natural fractures found in the core had been sealed by calcite deposits. After they were collected, many of those sealed fracs opened, complicating the process of measuring the width of these slender breaks.

In some cases, the fracture spacing could be correlated using statistical analysis, while others were “indistinguishable from random,” Gale noted. While the observations did not fit statistical formulas used to define patterns in data, that does not mean they were actually random. The statistical analysis describes clusters that looked familiar to natural fracture data from outcrops and other sources, she said.

The statistical analysis could ultimately be useful as a reality check for those creating fracturing models.

US Fracturing Test Data Trickling Out With a Lot More Promised