BHP, Anadarko Among Leaders in Latest US Gulf Lease Sale 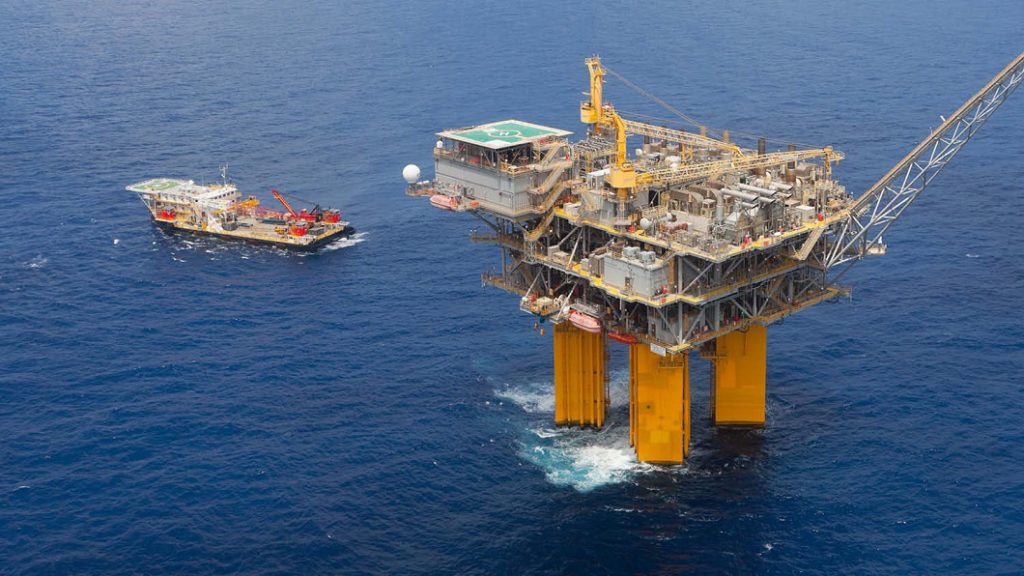 BHP Billiton operates the Shenzi tension-leg platform in the Green Canyon area of the deepwater US Gulf of Mexico. The company placed the single-highest winning bid on Green Canyon 124 in Lease Sale 253. Source: BHP.

The year’s second US gulf auction received 165 bids on 151 blocks from 27 firms, with high bids totaling $159.4 million, the US Bureau of Ocean Energy Management (BOEM) announced in New Orleans on 21 August. Those totals were mostly down from the last two gulf lease sales: Lease Sale 252 in March and Lease Sale 251 in August 2018.

“While we saw companies pick up acreage near remote areas, the infrastructure-rich Mississippi Canyon was the bid engine of the sale, capturing roughly 25% of total bids,” said Michael Murphy, research analyst at consultancy Wood Mackenzie, in comments following the auction. “Infrastructure-led exploration continues to be a theme” in US gulf lease sales, he noted.

Active in both the US and Mexico sectors of the gulf, BHP added 20 blocks to its exploration portfolio, submitting by far the largest sum of high bids at just under $42 million. That includes the single-highest bid of $22.5 million on Green Canyon 124.

Equinor’s $1.2-million bid on the block during the last lease sale was rejected by BOEM after a review of the block’s market value. Fifteen blocks with bids rejected during previous sales received bids during Lease Sale 253, resulting in $47 million more in high bids vs. the previous bids, said Mike Celata, director at BOEM’s New Orleans office, in a press briefing after the sale.

Two weeks after officially being taken over by Occidental Petroleum, Anadarko accounted for the second-largest sum of high bids at $23.4 million on 14 blocks, including bids of more than $4 million on Keathley Canyon 779, Walker Ridge 503, and Walker Ridge 504. The company targeted acreage in the Lower Tertiary trend.

Anadarko was one of the largest producers of oil and gas in the US gulf, while Oxy hasn’t operated assets there in years. During Oxy’s second-quarter earnings call, President and Chief Executive Officer Vicki Hollub said the combined company’s goal in the gulf “is to deliver long-term stable cash flow through step-out wells close to [its] existing facilities.”

Chevron, which initially struck a deal to buy Anadarko before eventually bowing out, secured $22.6 million in high bids. Those high bids included a $6.7-million submission on Mississippi Canyon 937, the auction’s second-highest, as well as bids of more than $2 million on Alaminos Canyon 601 and Mississippi Canyon 938.

Despite previously missing on what became the apparent prize of this auction, Equinor tallied the most high bids at 23, which totaled $16.8 million. BP placed 21 high bids amounting to $14.7 million. Both firms added to their inventories in the Lower Tertiary and Norphlet trends in the East Breaks and Lloyd Ridge areas, Wood Mackenzie noted.

Shell took seven high bids totaling $11.4 million, of which $5.6 million went to Alaminos Canyon 341, located in the same region of the major’s Blacktip discovery announced in April and the Perdido spar.

Other companies active in the sale included Hess, Total, EnVen Energy, and Kosmos.

Lease Sale 253 offered 77.8 million acres located 3–231 miles offshore in the US gulf’s western, central, and eastern planning areas. Most bids were for blocks in more than 2,600 ft of water. It is the fifth of 10 offshore sales under the BOEM’s 2017–2022 Outer Continental Shelf Oil and Gas Leasing Program.

BHP, Anadarko Among Leaders in Latest US Gulf Lease Sale