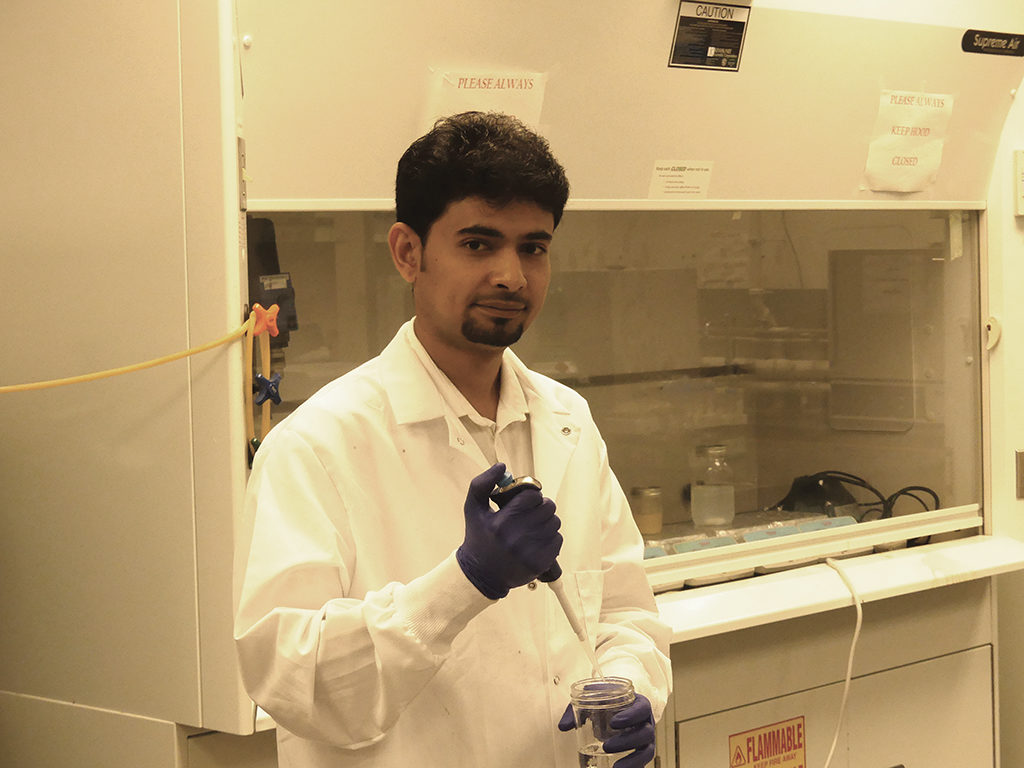 Switching from guar-based gels to slickwater fracturing fluids has delivered one of the biggest cost wins for the North American shale sector.

First movers began the transition after guar prices spiked 300% in 2013. Shale producers have since reported they are trimming 20-35% from their completion chemical budget by using slickwater over the alternatives, while also reducing the pressure pumping power needed to move proppant into a tight reservoir.

The replacement of gel treatments is possible thanks to the comparably low price of the key ingredient in slickwater recipes: polyacrylamide, or what some refer to as a high-viscosity friction reducer (HVFR). Beyond chemical savings, operators have experienced positive production results, too—adding fuel to the relatively quick adoption of slickwater treatments across every major play in North America.

But since HVFR is a newly commoditized chemical with dozens of suppliers in North America and China, operators are being advised to not let price be the sole deciding factor in which variety they pump downhole. A number of recent industry studies argue that aggressive screening is needed to make the right choice—especially if an operator is recycling or reusing produced water.

“As a product, friction reducer can be different from company to company,” said Mohammed Ba Geri, a petroleum engineering PhD candidate at Missouri University of Science and Technology. “Most types work well with fresh water, but by increasing the salinity or changing the [total dissolved solids (TDS)] of the water, we see that everything changes.”

Ba Geri spent more than 2 years running tests on about 30 different commercial friction reducers as part of a wider research effort that is chronicled in half a dozen SPE papers. He shared the latest of these at the recent Unconventional Resources Technology Conference (URTeC) in Denver.

The variations in performance that Ba Geri cites, including in one of the papers he delivered at the conference (URTeC 99), represent an important consideration given that more shale producers are shifting away from fresh water and toward using produced water for hydraulic fracturing. This development is being driven by a mix of regulatory, sustainability, and economic factors.

By opting for produced water, distinguished by its high-salinity and TDS content, operators are essentially opting out of using linear or crosslink gels since they react so poorly to the lower-quality fluid. Per industry research, producers should also be careful in assuming this same risk is completely abated by taking the slickwater route.

Friction reducers tend to hold up much better in a high-salinity and high-TDS environment. However, Ba Geri said that when the salinity or TDS rise above certain ranges, “all the polymer chains will break, and the viscosity and elasticity of that type of fluid will be less effective.”

As the reaction takes place, globs of material will coagulate and reduce the ability of the friction reducer to carry proppant from the wellbore into the reservoir. Operationally, the effects can increase well costs quickly and reverse the advantages of using slickwater as stimulation rates drop, which in turn, would need to be offset with more pumping horsepower.

While withholding brand names, the most salt-tolerant friction reducer Ba Geri tested had a viscosity reduction of 30% when introduced to brine water. In contrast, the worst performing friction reducer lost 75% of its viscosity, compared with a commercial gel that only lost 45% under the same conditions.

Ba Geri and other oilfield chemistry researchers have found that one of the most effective ways to mitigate this compatibility issue is to use positively charged, or cationic, friction reducers. Their biggest downside is that they can cost between 25-50% more than the negatively charged or non-charged varieties, known as anionic and nonionic friction reducers, respectively.

Service companies have been trying to make the case that the premium is justified. Ba Geri’s experimental investigation supports this argument. Some of his past work was supported by BJ Services, which is among the companies commercializing new varieties of salt tolerant friction reducers.

In studying the effects of brine on HVFRs, the loss of viscosity is one of the most important parameters, but operators should not overweight the factor, according to Ba Geri, who said the elasticity of the friction reducer is just as, if not more, important. For gels, viscosity is the property that most controls how proppant moves and remains suspended in the fracturing fluid system. But for friction reducers, the big influencer is the ability of the polymers to stretch out, i.e. their elasticity.

Since brine water can sharply affect a friction reducer’s elasticity, Ba Geri advises operators and service providers to add this parameter to the evaluation process. In sum, the optimal friction reducer for produced water fracturing fluids could likely be one that is cationic, and has a higher elasticity profile its viscosity. 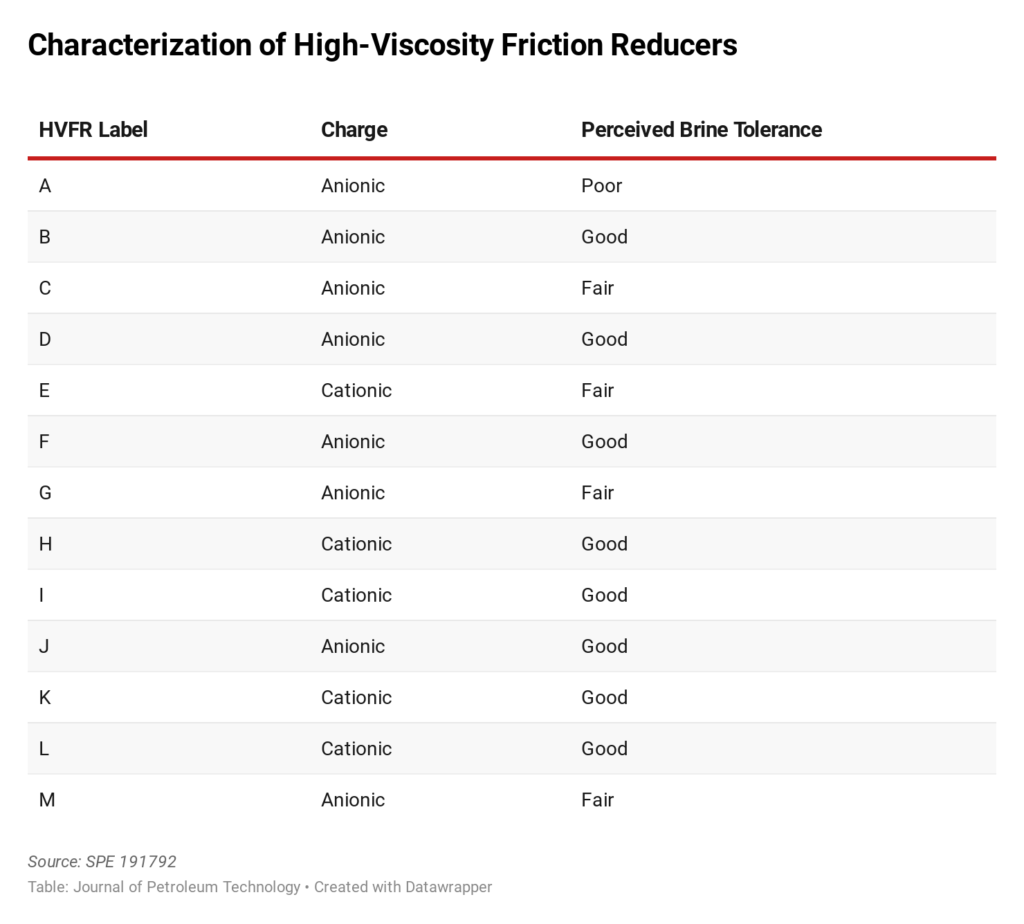