Summer of Funding: These Oil and Gas Startups Raised More Than $70 Million 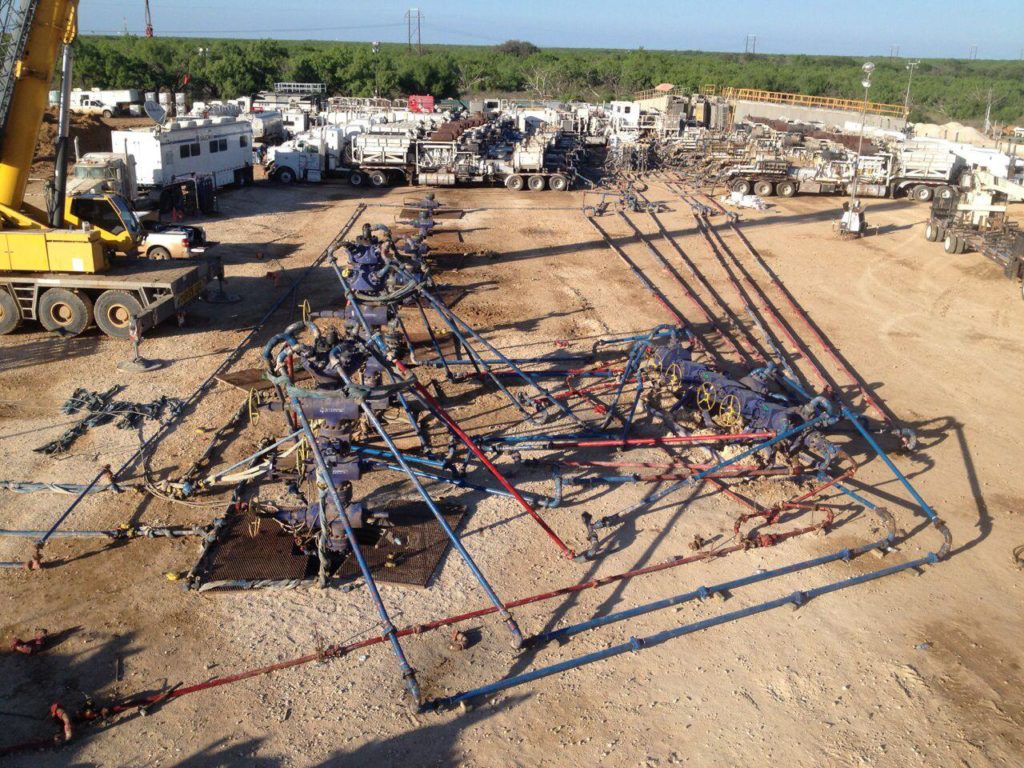 Wiring up the well pad with valve-state and pressure sensors is just one of the new ways that technology developers are bringing efficiency and transparency to the oil field. Source: Cold Bore Technology.

The oil and gas industry’s appetite for emerging innovations grew by at least $70 million over the past few months as investment arms of several large producers and upstream venture firms completed funding rounds for startups. The influx of cash into young firms is considered a major component of the upstream industry’s drive toward digital transformation.

The companies attracting investor attention tilt toward the North American shale sector, which has been turning to new technologies to unravel the complexities of tight reservoir development. Others apply more broadly to unconventional and conventional field development.

Founded in 2013, Cold Bore Technology has developed a sensor-based hydraulic fracturing monitoring service that enables operators to track the efficiency of operations in real time—freeing them from relying on reports provided by pressure-pumping companies.

The Calgary-based company says that six of the top 10 producers in North America have signed up for the service over the past 6 months. Cold Bore’s fracturing monitoring service uses software that is coupled with valve positioning and pressure sensors to capture key events during the completion operation. Operators are using the data to identify lost-time events, including invisible lost time, and reduce the time spent fracturing each well.

Rice Investment Group, which is run by the former management team of Rice Energy and now the current management of shale gas producer EQT, made its first undisclosed investment in Cold Bore in 2018. The firm reports its investment packages range in size from $1 to $40 million.

Houston-based Sourcewater is a business intelligence company that is using data science and data acquisition technologies to increase transparency in the oilfield water market.

Founded in 2014 through the MIT Energy Ventures program, the company uses satellite imagery, government databases, and internet-of-things sensors to populate a platform for water sourcing, recycling, and disposal. The company has gained momentum in the US shale sector, where water logistics is a major component of day-to-day operations (Read more about Sourcewater in JPT.)

Interface Fluidics uses microfluidic technology to test oilfield production-enhancing chemicals and said this round of funding will be used to further develop its technology. Microfluidics is a branch of testing technology that has emerged from the medical sector and allows companies to mass produce small replicas of reservoir rock to test how chemicals will react under different physical conditions.

Edmonton, Alberta-based Interface Fluidics is one of the first companies to develop the technology for the upstream industry. Its service is considered by operators and service companies to be a rapid and affordable alternative to the relatively slow and uncertain process of core and plug testing.

A laboratory technician holds a microfluidic chip that can be tailored to match any type of reservoir pore network. Oil and gas companies are using the technology to make selections on chemistry products that will increase production or aid in the completion process. Source: Interface Fluidics

Solugen is expanding its reach into the oil and gas industry with several lines of biological-based chemicals that can be used for production enhancement, hydraulic fracturing, and water treatment. The company reports that revenues increased by almost tenfold in the last year thanks to contracts with oil and gas companies.

Solugen touts processes that are low carbon and can produce specialty chemicals in low quantiles for affordable prices, representing an alternative to petrochemical-based products that require large batches to reduce production costs. The recent series B funding comes after the company raised $13.5 million in 2018. Solugen is in the midst of constructing a 200,000-sq.-ft. headquarters in Houston.

Tachyus is a developer of production optimization software that is tailored for oil and gas fields operating under secondary and tertiary recovery. This includes waterfloods and steamfloods. The startup, founded in 2013, will use the new injection to accelerate new technology development.

The Tachyus platform is used by reservoir and production engineers to analyze historical data and build predictive models that help reveal the best ways to maximize output. Engineers optimize the recommendations based on economic forecasts, including how to balance net-present value with lower operating costs. Tachyus is used by oil and gas operators in Argentina, Europe, and Asia and recently relocated its headquarters from Silicon Valley to Houston (Read more about Tachyus in JPT.)

Novi Labs is an unconventional completions-focused software startup based in Austin, Texas. The software is used to plan and forecast the economic returns of horizontal shale wells. It uses cloud-based artificial intelligence computing to analyze multiple inputs and help producers make data-driven decisions on capital allocation and overall well design.

Novi says the funding will be used to scale up its software service to meet growing demand from the shale sector. The company has worked with a number of producers that include Range Resources and for Shell’s Permian Basin program. Cottonwood Venture Partners funds several other oil and gas startups, including Well Data Labs and Ambyint (Read more about Novi Labs in JPT.)

Data Gumbo is a blockchain technology developer that is among the first to introduce the smart-contract concept to the oil and gas sector. Using blockchain, the Houston-based startup is aiming to build an automated payment network for oil companies, service companies, and suppliers. The service is addressing the industry’s current supply chain and transaction structure, which regularly encounters costly delays and contractual disputes. Data Gumbo reports that users realize value through automation and fewer disputed invoices.

In September, the Offshore Operators Committee (OCC) Oil & Gas Blockchain Consortium awarded Data Gumbo the first contract for a blockchain pilot in the water hauling sector. It will be the first industrywide project of its kind. The OCC includes Chevron, ConocoPhillips, Equinor, ExxonMobil, Hess, Marathon, Noble Energy, Pioneer Natural Resources, Repsol, and Shell. In total, Data Gumbo has raised $9.3 million since its founding in 2016 (Read more about Data Gumbo in JPT.)

Summer of Funding: These Oil and Gas Startups Raised More Than $70 Million