Louisiana Austin Chalk: Hundreds of Millions Down the Drain? 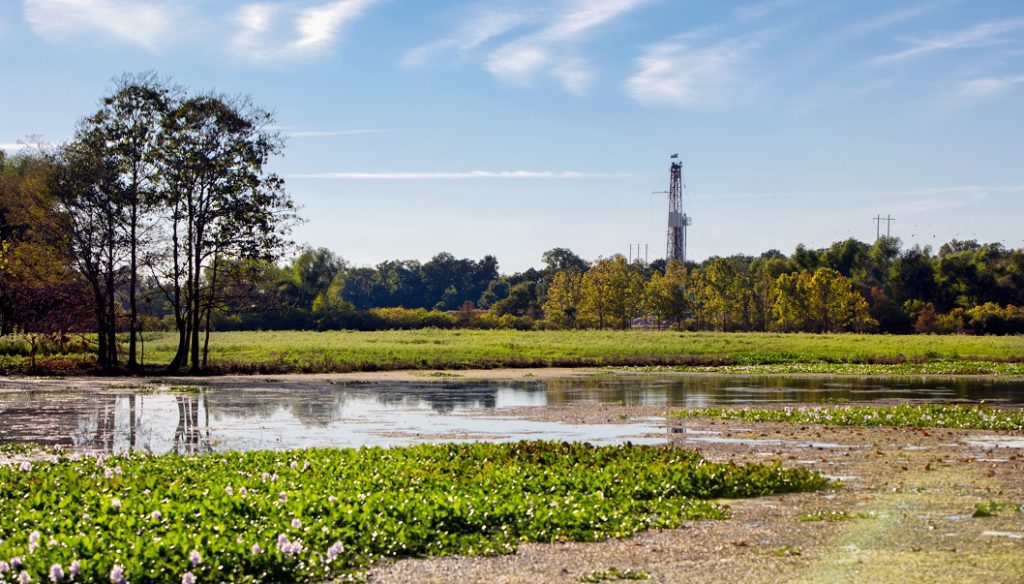 Strong initial results in 2017 from EOG Resources’ Eagles Ranch 14H-1 well sparked a land rush in the Louisiana portion of the Austin Chalk, where some big independents spent nine figures to gain swaths of acreage they hoped would be as productive as the Texas side of the play.

Their plan was to come into the geologically challenging Louisiana Chalk with modern drilling and completions techniques and produce the oil economically, launching the next big unconventional play. But, after testing the play this year, the most that early driller ConocoPhillips has to show for its work is a whole lot of water.

The Houston independent on 30 September said that it “has discontinued exploration” in the Louisiana Chalk and will record a $120-million pre-tax “dry-hole expense” in the third quarter primarily related to the play.

ConocoPhillips completed three wells in the four-well drilling program, all three of which were duds. The latest was the Erwin No. 1 well, results of which were published on Louisiana’s SONRIS online data portal in late August. The well, completed in late July, initially produced 2,845 B/D of water and just 28.5 B/D of oil and 35.4 Mcf/D of gas.

Nick Volkmer, vice president at research firm RS Energy, said when his team first saw the results of ConocoPhillips’ first couple of wells, they thought the company may have performed the tests during flowback. But, based on comments in ConocoPhillips’ second-quarter earnings call, “it's pretty clear that's not the case,” he said.

Even more discouraging for the companies remaining in the play is that a larger sample size of production from Eagles Ranch indicates that it really “is not a great well,” said Volkmer. Testing at 1,120 B/D after it came on stream, production plummeted 94% in its first 17 months with a breakeven price “north of $90/bbl,” he said.

“The only people happy with the results in the ‘updip’ region of the [Louisiana-East] Austin Chalk play so far are those in the saltwater disposal business! It's not the start that any of us hoped for,” wrote Kirk Barrell, president of Amelia Resources, on his regionally popular blog highlighting the Louisiana Chalk and Tuscaloosa Marine Shale (TMS). New Orleans-based Amelia has scoped out and sold drilling prospects across the Louisiana Chalk.

ConocoPhillips leased more than 200,000 acres in the Louisiana Chalk at a little under $1,000/acre. EOG and Marathon Oil also have more than 200,000 acres there, with Marathon also saying it gained its position at well under $1,000/acre. “These are big-name operators who have made hundred-million-dollar bets on the area, which leads us to believe that they clearly see something,” Volkmer said. “But in at least the public data we have, there's not a lot to get excited about here.”

Other large operators that built positions are Equinor, Cimarex Energy, and Devon Energy. Each has remained mum on the play as new wells results have been posted. They have been waiting for ConocoPhillips and EOG to prove up the play and now are hoping for good news—any news—related to EOG’s Ironwood LLC 37 H and Brunswick wells respectively spudded in April and June.

Unlike its Eagles Ranch well, which lies in a naturally fractured zone, EOG has targeted an unfractured, oil-saturated portion of the Chalk so “they can model their induced fracture network a little bit better,” said Brandon Myers, senior analyst, Lower 48 upstream, at consultancy Wood Mackenzie.

Numbers from those wells have not yet been made available in public filings. “But the rumblings I've heard are not that positive, and that kind of goes with the broader theme of what we're seeing in the area,” Volkmer said. Barrell wrote on his blog that he has heard Ironwood may also be “water plagued.”

While there have not been enough wells drilled to officially write off the play, “as a whole, we're pretty skeptical,” Volkmer said.

Is the TMS Really a Viable Alternative?

The Louisiana Chalk’s initial appeal can be attributed to decades of conventional production in the region and the known oil in place. But, “the depths permitted to drill there are deeper than 98% of all wells drilled in US onshore last year,” noted Volkmer. Drilling reports from operators show multiple mechanical failures, suggesting that perhaps the technology is just not there yet.

“The way they're completing the Chalk wells in Louisiana is with very high intensity, pretty close to 3,000 lb/ft of proppant in some cases, which puts it a little bit ahead of what we're seeing over in the south Texas area,” he said.

And, while the prolific Eagle Ford Shale underlies the Austin Chalk in south Texas, the even more geologically challenging TMS sits beneath the Chalk in Louisiana, which is hardly consolation for operators. Companies such as Encana and Goodrich Petroleum sniffed around the TMS earlier this decade but ultimately deemed it too technically difficult and expensive.

ConocoPhillips said in its second-quarter earnings call—before it pulled out of the region—that it was evaluating targets in the TMS as an alternative to the Chalk. “If you're talking about your TMS prospectively, I don't think it's a great sign,” especially given the company’s position in the TMS, which “is really deep and very gassy,” Volkmer said. However, the core of the TMS is farther north and oilier.

Perth-based Australis Oil & Gas has set out to change the narrative on the TMS. The operator is trying to prove up its 115,000-net-acre core position mostly north of the Louisiana-Mississippi border, some of which it acquired from Encana at a low cost. Australis was formed in 2015 by the founder and executives of Aurora Oil & Gas after Aurora was sold to Baytex Energy. Aurora developed a liquids-rich position in the Eagle Ford, which has a similar depositional history and age as the TMS.

“They’re two for four in the TMS so far—two of their wells are actually pretty good,” said Volkmer. The company has touted those wells’ productivity on a per-foot basis, “but if you look at the well as a whole, it's definitely not great,” he added.

For comparison, Myers noted that the average well in 2018 across the Wolfcamp A northeast extension subplay in the Delaware Basin produced 132,000 bbl of oil in its first 6 months. Of course, the TMS well is a single parent well and the Wolfcamp A sample includes many child wells.

“The rock is very tight, so it’s very low permeability,” Myers explained. “With a big frac in the TMS you can see a high IP30, but the downside risk is rapid decline. And it’s actually kind of a similar story in the Austin Chalk in that area where, when you have that low permeability, you can end up with a very ineffective drainage network.”

The other big hurdle has to do with drilling at such great depths, Myers said, as Australis’ Bergold 29H-2 well collapsed and the operator was only able to complete six stages. At 15,000–20,000-ft deep, the weight from the overlying rock is immense. “We see that going forward as a pretty serious risk on the drilling side of things,” he said.

Australis on 20 September began stimulation work on its fifth and sixth wells in the play: the Quin 41-30 3H and Saxby 03-10 2H. Completion activity is expected to take 3 weeks with flowback commencing in mid-October.

Saxby 03-10 2H was drilled to 17,560 ft with a lateral length of around 5,000 ft using a high-performance water-based mud system. The system kept the wellbore stable as drilling was performed, overcoming some of the structural issues that have plagued operators in the TMS and Chalk, the company said in a recent activity update. However, the operator also reported unspecified drilling delays on Quin 41-30 3H.

“I think there are large engineering and geologic risks, but when the completions and drilling go well in the core of the TMS, the wells can be good,” Myers said.

Louisiana Austin Chalk: Hundreds of Millions Down the Drain?