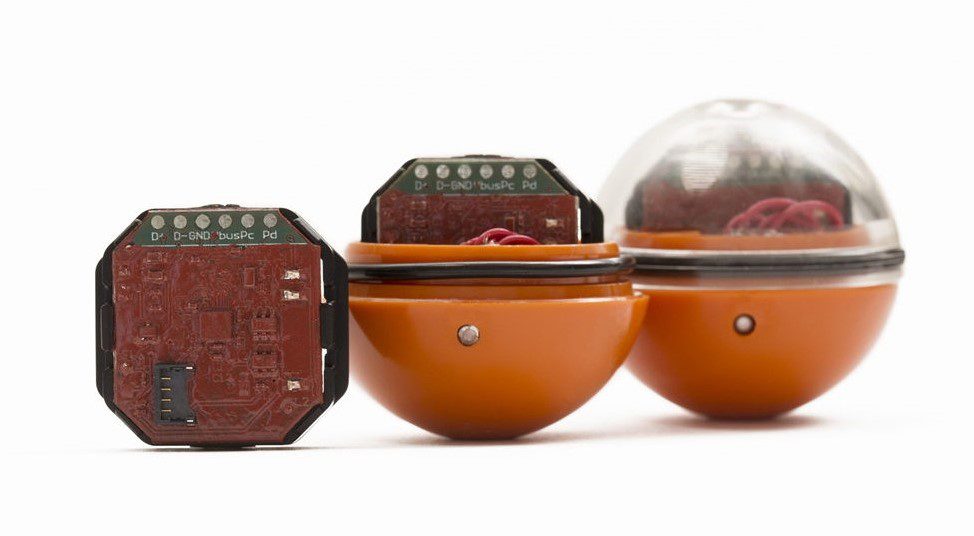 Ingu's "Pipers" sensor system can aquire data inside a flowing pipeline for at least 24 hours. Energy companies around the world are using the bite-sized technology to detect leaks and other defects in their pipelines, especially the smallest diamter pipelines that are the hardest to inspect. Source: Ingu Solutions

They are among the smallest companies in a business dominated by big ones.

Yet, despite their size, technology startups have become central to the upstream industry’s mandate to adopt cost-saving and production-enhancing innovations. As more begin to agree with this idea, the infrastructure that supports the oil and gas startup ecosystem is strengthening.

The latest evidence came during the SPE 2019 Annual Technology Conference and Exhibition (ATCE) where a dozen startups were invited to take part in the third annual Energy Startup Competition. The event falls under the broader program that is the ATCE Startup Village.

This year’s contest boasted the largest purse yet, a total of $90,000. And with ATCE being held in Calgary for the first time, it was appropriate that half of the startups invited to the event were Canadian born. After the votes were tallied, four companies took home prize money, and all were from Alberta.

The “shark tank-style” competition gives each startup a few minutes to make an investment-style pitch before undergoing a few more minutes of informal vetting by a panel of industry technology leaders and energy investors.

Top honors this year went to Calgary-based Ingu Solutions, which was awarded $40,000 and named “Best in Show.” Founded in 2014, Ingu is the developer of a golf-ball-sized sensor that flows through pipelines to detect issues such as leaks, defects, and scale deposits. The technology is aimed at the industry’s hardest-to-inspect pipelines and gathering systems where traditional pigging cannot be applied.

“This is a great milestone for us because it is an acknowledgement of what we are doing and the business we are building. Now, we are on the verge of taking the next step to grow,” said Yvonne Van Den Berg, a co-founder and head of corporate affairs at Ingu, after receiving the competitions’ highest award.

Van Den Berg added that when the firm took part in its first startup showcase in 2016, it had done a few tests but had no clients or field experience to show how it would work in the real world.

Momentum started building by the next year though as Ingu’s concept proved compelling enough for Chevron Technology Ventures to issue early-stage funding to the startup. Today, Ingu reports that its sensor technology has been used by more than 30 oil and gas companies in more than 100 pipelines around the globe. Ignu is hoping to close the year with $1 million in revenue and to bring on more people to boost the manufacturing of its device. 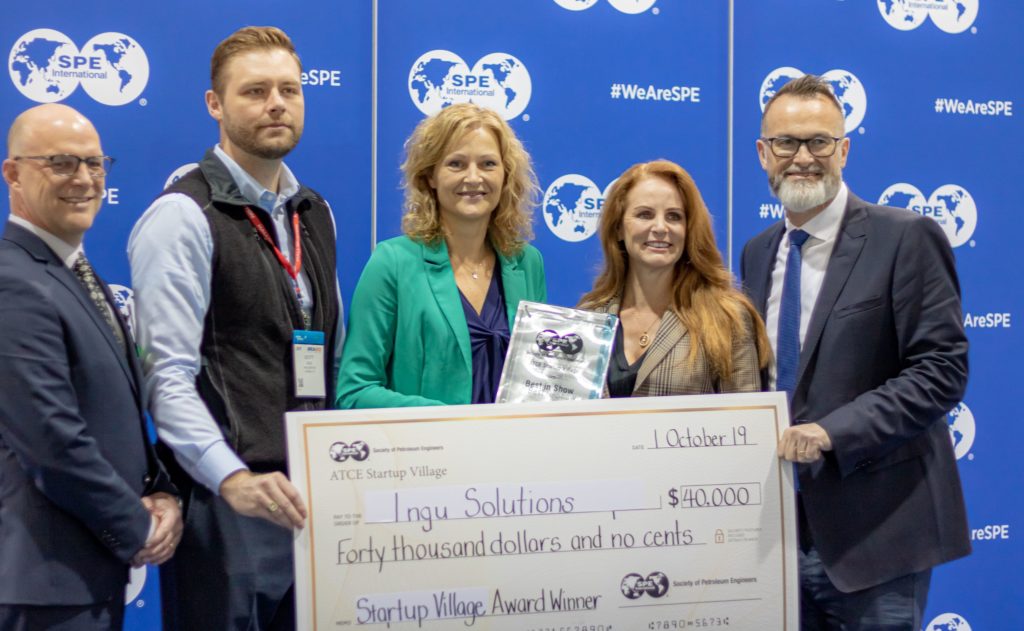 Supporting New Ideas the “Right Thing” To Do

The prize money going to these young firms does not come close to what they may be seeking through traditional efforts to raise capital. But neither is it a token amount. For some past winners, the cash award has more than covered travel expenses to ATCE and, in some cases, has helped with exhibiting at the conference. And while other upstream startup events promise similar exposure, few offer these bootstrapping startups a cash prize.

David Reid has served as the chair of the ATCE Startup Village since its inception and is the chief marketing officer at NOV, one of the event’s chief sponsors. He pointed out that what makes the Energy Startup Competition stand out from other industry startup events is not the money that is given away, it is how it is given away.

“The people who give them the money have to be convinced that there’s no ties,” he said. “That’s really rare—if you do find prize money, someone is getting something.” Why is it important for there to be no strings attached? Reid summed it up this way: “It’s very much about doing the right thing because we need these ideas. We need them to exist, we need them to succeed.”

Reid and the program’s other organizers modeled the Startup Village based on a similar event run by the South by Southwest (SXSW) music and media festival held annually in Austin, Texas. For more than a decade, SXSW has included its own Startup Village to elevate more than 500 young technology firms.

The advice from the SXSW showrunners to the ATCE event’s organizers was to “stay small” and make sure the details were all taken care of, said Reid. Borrowing another page from SXSW, the Startup Village is also not simply a pitch contest.

The all-day event features mentoring sessions and fireside chats with investors, technology experts, and veteran entrepreneurs. Among those offering their insights was Kirstie Boyle, vice president of an oilfield chemical testing startup called Interface Fluidics. The firm was given one of the “rising star” awards at last year’s Energy Startup Competition in Dallas.

Boyle said while the prize money helped her small team afford to attend ATCE, the event had a much bigger impact on the future of the startup. “At that session, we had a CEO of an oil and gas company and right after I walked off stage, I had an email from him wanting to start a project,” Boyle said. “He ended up personally investing in us as well as an angel investor.”

She offered several lessons learned to an audience of startup peers, including one on how to successfully pivot away from the initial technology offering. She noted that there is a stigma in the startup world over having to shift the technology application and explained why such perceptions are misguided.

Founded in the heart of heavy-oil country, Edmonton, Interface Fluidics originally planned to develop its business as a tool for steam-assisted-gravity-drainage. The company still offers a microfluidics-based testing service for this market, but its primary customers now come from the shale sector.

Boyle stressed that “mental attitude” is a critical component of success for startups challenged with heading in a new direction.

“I think you really need to have the extreme confidence it takes to listen when someone is calling your baby ugly,” she said. “When the market isn’t understanding what you’re doing, or they’re not paying you enough to sustain your business goal, it’s really important to take that hard look at yourself and a hard look at your product offering.”

Boyle added that, “Even though you love it so much, if they’re not paying for it, there’s a disconnect there—and it’s not their problem that they don’t get it, it’s your problem.”

The big pivot for Interface Fluidics has led to big success. The startup has worked with dozens of companies, both operators and service companies, that are all trying to find the best chemicals to use in hydraulic fracturing treatments. Since Interface Fluidics participated in the ATCE Startup Village last year, it has gone on to raise $6 million from Equinor Technology Ventures and the global accelerator Techstars.