Chevron, Repsol Awarded Most Blocks in Brazil’s 16th Round 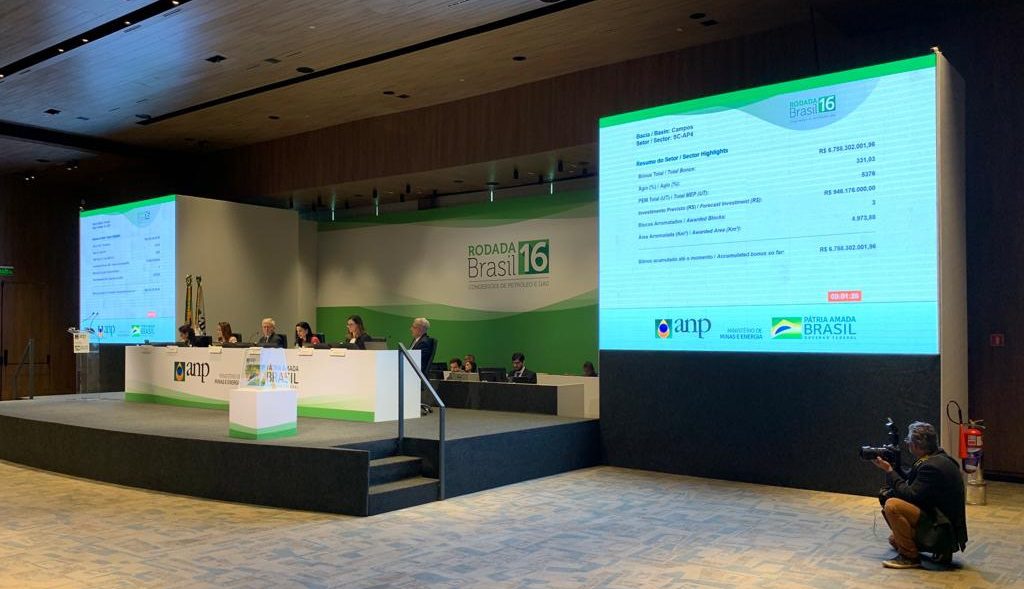 Ten companies from nine countries were awarded whole or partial stakes in 12 blocks as part of Brazil’s 16th Round, the country’s National Agency of Petroleum, Natural Gas, and Biofuels (ANP) reported on 10 October.

Signature bonuses in the auction, which involved the offshore Campos and Santos Basins, totaled $2.17 billion.

Chevron and Spain’s Repsol secured the most blocks with four each; Qatar Petroleum subsidiary QPI Brasil and Malaysia’s Petronas each gained three blocks; Shell, BP, and Wintershall DEA each added two blocks; and Total, ExxonMobil, and Petrobras were awarded one block each.

A Total-led consortium submitted a record-high $977 million signature bonus on Block C-M-541 in the Campos Basin. Total and QPI Brasil each has a 40% stake in the block while Petronas holds the remaining 20%.

Wintershall DEA said Blocks C-M-845 and S-M-766, on which the company is partnered with Repsol and operator Chevron, are 150 km southeast of the presalt Libra discovery and near Blocks S-M-764, C-M-821, and C-M-823, where the three firms are already partnered.

Companies awarded blocks in the round are expected to invest $380 million during the concessions’ exploration phases. ANP said it expects the round to eventually yield production of 400,000–500,000 B/D.

Next up for Brazil are the transfer of rights surplus bid round on 6 November and production-sharing contract round on 7 November.

Chevron, Repsol Awarded Most Blocks in Brazil’s 16th Round