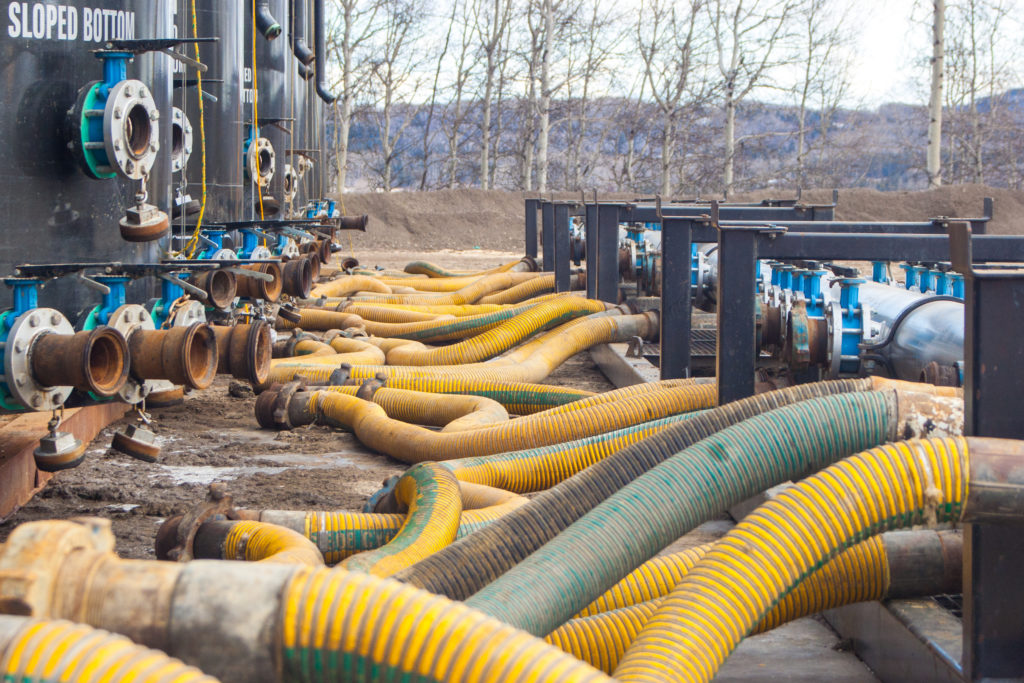 The North American land slump continued during the third quarter and could get worse heading into next year, prompting changes within the two largest oilfield services firms.

“We are anticipating a yearend slowdown in North America similar to last year due to operator budget constraints,” Olivier Le Peuch, Schlumberger chief executive officer, said during his firm’s third-quarter earnings call. “However, this year the activity reduction has started earlier than last and we anticipate the second should decline in [the fourth quarter] to be more pronounced than last year.”

Operators over the past year have remained committed to spending less and operating within cash flow. Service companies have suffered amid lower equipment utilization and sliding prices. Layoffs have remained a common occurrence, and Weatherford filed for Chapter 11 protection in June.

“Feedback from our customers leads us to believe that the rig count and completions activity may be lower than in the fourth quarter of last year,” said Jeff Miller, Halliburton chairman, president, and chief executive officer, in his firm’s call.

Schlumberger and Halliburton were stung during the third quarter, with both companies reporting steep year-over-year declines in income.

Halliburton reported a third-quarter net income of $295 million, down 32% from third-quarter 2018. The overall decline was anchored by a 21% year-over-year drop in North American revenue. The company’s completions and production segment was the largest drag on the results, falling 27% from a year ago.

“Customer spending has decreased and is largely concentrated in the first half of the year,” Miller said. “The US land rig count declined 11% from the second to the third quarter for the first time in 10 years. And while, historically, the third quarter used to be the busiest in terms of hydraulic fracturing activity in the US, stage counts declined every month this quarter.”

As a result, “In the third quarter, we stacked more equipment than we did in the first 6 months of the year,” Miller said. “While this impacts our revenues, we would rather err on the side of stacking than work for insufficient margins and wear out our equipment.”

While Schlumberger reported a modest quarter-over-quarter increase in revenue from its OneStim completions business, activity was offset by softer pricing. “As we exited the quarter, OneStim activity decelerated as frac programs were either deferred or cancelled due to customer budget and cash flow constraints,” the company said.

Schlumberger has been reevaluating its approach in its North American land business under the leadership of Le Peuch, who became CEO in August. The company in the fourth quarter will complete a strategic review of the market, which encompasses not only completions but North American land as a whole. Changes to the business will take “a scale-to-fit approach,” he said.

One part of the strategy involves leasing or selling “selective technology that we believe can help us access markets that we were not accessing before,” he said. The company thus far has carried out this approach in drilling and perforating equipment lines.

Miller noted a few key trends unfolding across the North American land industry that will continue into next year, including more attrition as fewer pieces of equipment are required to do more in a contracted market.

“As I said at the beginning of the year, there would be less horsepower available in the market at the end of the year than there was in January,” he said. “We can now see this happening as service companies are cannibalizing stacked equipment for parts rather than paying for replacement components due to budget constraints.”

North American operators are also favoring integrated services as a way to improve efficiencies and lower costs, which “is similar to how the North Sea has evolved over the last few years,” Miller said.

“We're currently working on integrated projects with customers in the Bakken and the Permian,” he said. “The collaboration has resulted in better performance and helped secure longer-term customer commitment. Some companies are increasingly centralizing the management of their procurement activities. This should lead to supplier rationalization and concentration of a larger share of the work with a select number of high-quality, safe, and efficient service companies.”