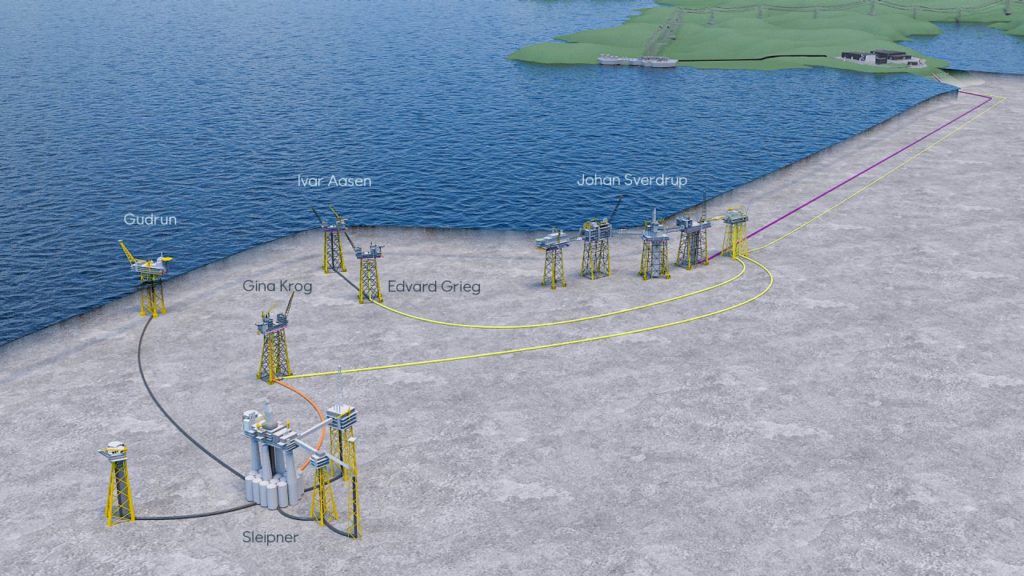 Starting in 2022, Equinor and its partners will boast up to 10 offshore fields that receive some or all of their electrical needs via onshore power sources. The subsea power grid is expected to reduce the fields’ collective CO₂ emissions by around 1.2 million tons annually.

Power cables from shore are already connected to the Johan Sverdrup field, which recently came on line. This second phase of electrification will involve laying down another power cable to Johan Sverdrup’s facilities, which will serve as a hub to connect three other fields with 35 MW of onshore power: Edvard Grieg, Gina Krog, and Ivar Aasen fields.

Pending final approval by a number of operator partners, another phase of the project will connect six other fields to onshore sources: Sleipner, Gudrun, Utgard, Gungne, Sigyn, and Solveig. This work is to be partially funded ($46 million) by the Norwegian government’s NOx Fund, which was established more than a decade ago to reduce nitrogen oxide (NOx) emissions.

The goal of the second phase is to connect the Sleipner field by late 2022 via the Gina Krog platform. A separate power cable will then be used to connect Sleipner to satellite facilities. Most of these production platforms will be receive a partial supply of power from the onshore source, while the Edvard Grieg platform, operated by Lundin Norway, will be fully powered via the Sleipner connection.

This is not the first time that fields in the Norwegian Continental Shelf have been energized from an onshore site. The Troll field gas platform (Troll A) has been onshore-powered since it started up in 1996.