ExxonMobil, Hess To Start Production Off Guyana by Year’s End 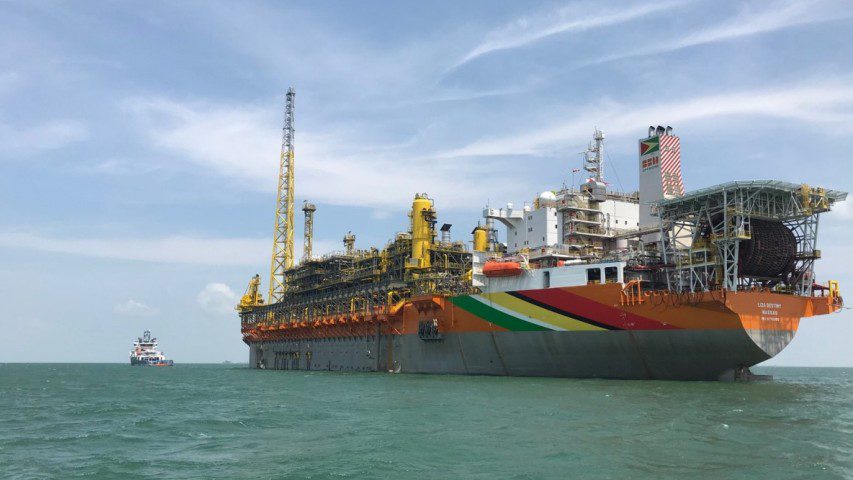 The 120,000-B/D Liza Destiny floating production, storage, and offloading vessel arrived at the Stabroek Block in August after a 42-day trip from Singapore. Source: Hess.

The first phase of oil production from the Stabroek Block offshore Guyana is now slated to start up before year end, ahead of the previously scheduled first-quarter 2020 date, partner Hess said in its third-quarter earnings release.

First oil from the 120,000-B/D Liza Destiny floating production, storage, and offloading vessel (FPSO), which arrived on the block in late August, is targeted for December. It is expected to take 3 months before the FPSO ramps up to full capacity. The development consists of four subsea drill centers and 17 wells, of which eight are production wells, six water injection wells, and three gas injection wells.

Operator ExxonMobil and its partners sanctioned Liza Phase 2 in May and will use the 220,000-B/D Liza Unity FPSO, with first oil expected by mid-2022. Pending government approvals, a third development, Payara, is expected to produce up to 220,000 B/D with startup in 2023.

The partners have made 14 discoveries on the Stabroek Block since the first in 2015 and expect those discoveries to support at least five FPSOs producing more than 750,000 B/D by 2025. The 26,8000-sq-km block has an estimated recoverable resource of more than 6 billion BOE.

ExxonMobil holds a 45% interest in the block. Hess and CNOOC own 30% and 25%, respectively.

ExxonMobil, Hess To Start Production Off Guyana by Year’s End