Led By the Permian, US Flaring and Associated Gas Production Hit New Highs 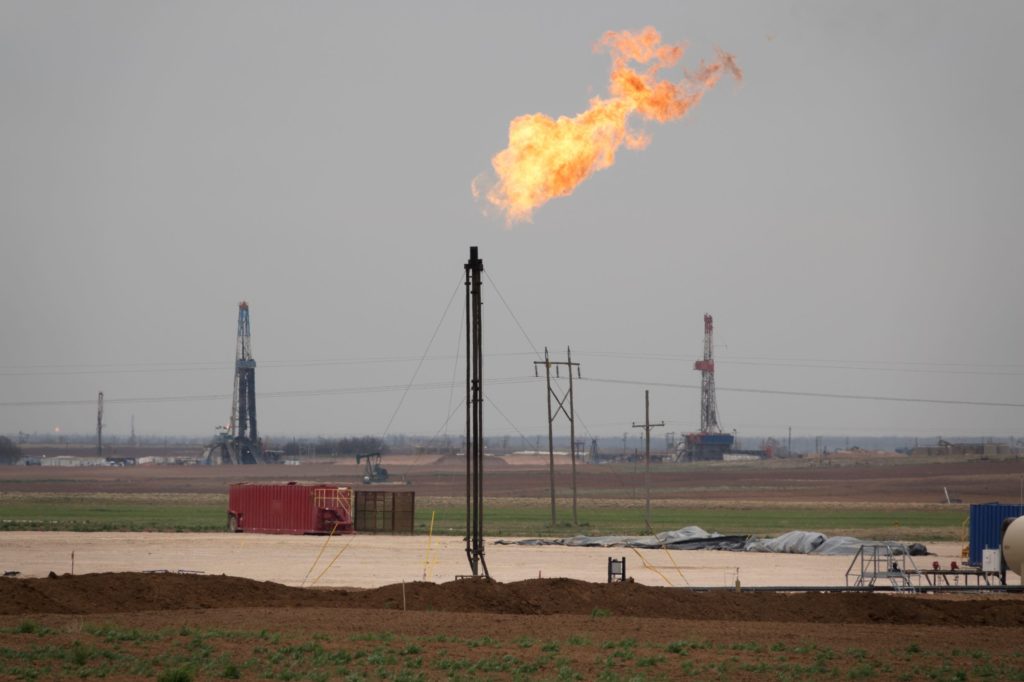 A gas flare in the Permian Basin. Source: Getty Images

The volume of gas that is flared or vented in the Permian Basin surpassed all previous levels during the third quarter of this year, according to a new report from Oslo-based Rystad Energy.

The market intelligence firm said Permian operators in Texas and New Mexico are averaging more than 750 MMcfd, up from the estimated 600-650 MMcfd flared or vented in the previous 9 months.

A separate report from the US Energy Information Agency (EIA) issued this week highlighted that Permian output topped 5.8 Bcf/D of associated gas in 2018—more than half of the basin’s total gas output.

Rystad, which has been monitoring flaring in the Permian since 2017, found that the increase of flaring and venting from the wellhead is due to a combination of factors: higher activity levels, increased production from areas lacking gathering infrastructures, and perpetual takeaway constraints.

Artem Abramov, head of shale research at Rystad, said in a statement that current levels represent an “all-time high” and are being sustained by an acceleration in oil production.

“The most recent increase in flaring is predominantly driven by the Delaware Texas portion of the basin, which accounted for more than 40% of basin-wide flaring and venting as of the third quarter of 2019,” said Abramov. “Northern Midland also saw a significant boost in new activity, which resulted in increased flaring of associated gas. The sub-basin has basically returned to the record level of flaring seen in the fourth quarter of 2018.”

Rystad highlighted that several Permian producers have made notable reductions in flaring activity over the course of this year. “Yet there are other examples of a recent increase in flaring intensity, which are primarily represented by some operators active in the eastern Midland Basin,” added Abramov. 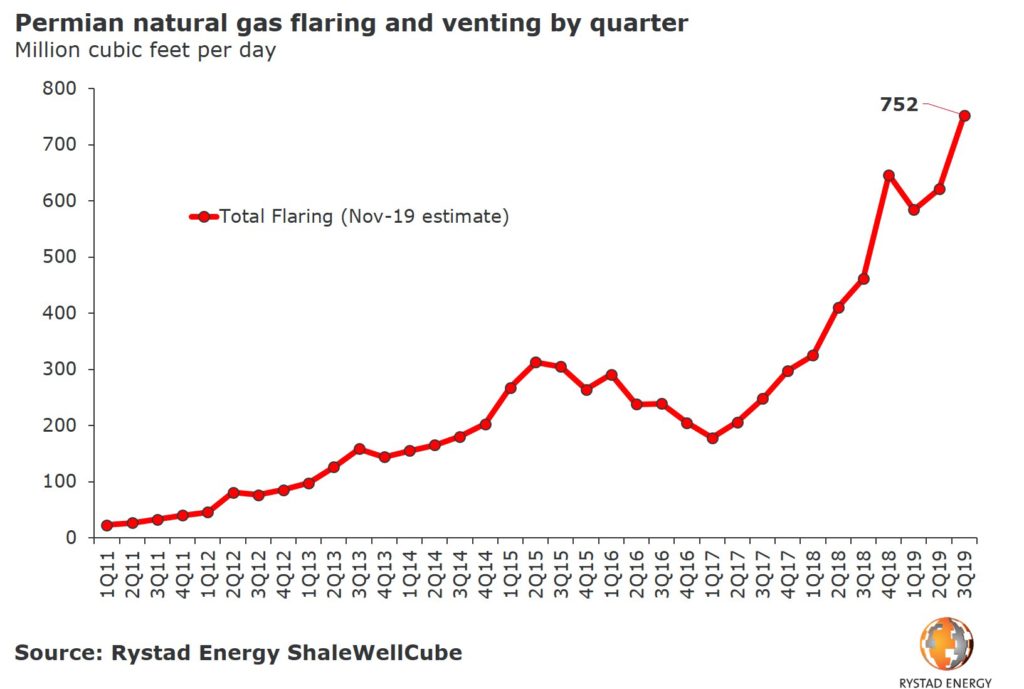 Some Operators Flare More Than Others

Concerns over flaring have mounted in recent years as regulators, environmental groups, and investors began to scrutinize the emissions of the US unconventional sector. And in its latest earnings report published this week, one of the largest Permian producers cited its flaring and venting activity as a key market differentiator.

Pioneer Natural Resources, which operates solely in the Permian, told investors that it flares or vents only around 1% of its produced gas—the second-lowest figure amongst more than 20 of its basin peers. The data, sourced from Rystad, covers all of 2018 to mid-2019.

BP was found to be the most active operator in this regard, venting or flaring 14% of its total produced gas volume. The only other operator found to flare or vent more than 10% of its associated gas was Denver-based SM Energy.

Beating out Pioneer for the lowest volumes flared or vented was Chevron, which was close to 0.5%. The peer average for the Permian is 5%.

Pioneer emphasized in its earnings statement that it connects gas lines to well pads prior to producing oil and that 100% of its facilities are aerially monitored for leak detection. The combined effort has resulted in a 41% drop in Pioneer’s methane emissions since 2016.

Associated Gas Now 16% of US Supply

The EIA also cites record levels of crude production along as a chief contributor. Additionally, while pipeline bottlenecks have capped takeaway capacity, production has been so high that gas prices are persistently low, sometimes negative—making it more affordable in many cases to flare or vent the gas.

Waivers from regulators are often required to flare large volumes for prolonged periods, but they are rarely denied to producers. And while not covered in either the Rystad or EIA report, it is also known that as tight-oil wells mature their profile can shift quickly and irreversibly towards one dominated by gas production.

The top five oil producing basins in the US—the Permian, Bakken, Eagle Ford, Niobrara, and Anadarko—accounted for 12 Bcf/D, or 12% of the total natural gas production in the US. In the Bakken, associated gas accounts for 92% of the basin’s total gas production.

Led By the Permian, US Flaring and Associated Gas Production Hit New Highs