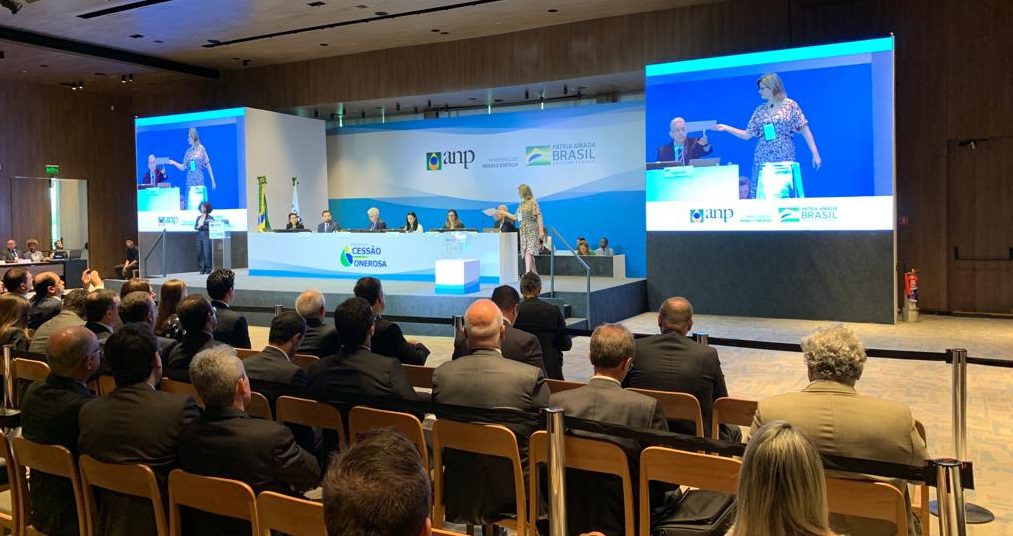 Petrobras, China National Offshore Oil Corporation (CNOOC), and CNPC Exploration & Development Company (CNODC) were the only firms to bid on blocks in Brazil’s transfer of rights auction, results of which were announced 6 November by the Brazilian National Agency of Petroleum, Natural Gas, and Biofuels (ANP).

While the outcome was seen as a disappointment given the lack of participation from international majors to drive up bidding, a consortium of Petrobras, CNOOC, and CNODC submitted a $17-billion signing bonus to secure the offshore Búzios block, which was “the biggest bonus ever recorded in such an auction,” ANP said.

Petrobras will serve as operator of the block with a 90% stake, while CNOOC and CNODC will each hold 5%. The Brazilian state-owned firm said the block holds “significant reserves," has a “low lifting cost,” and “is economically resilient to a low oil price scenario.”

The producing Búzios block averages around 600,000 BOE/D from four floating production, storage, and offloading vessels: P-74, P-75, P-76, and P-77. A fifth facility is scheduled to start production in the second half of 2022. The block’s vast oil reserves were said to have made it an expensive proposition for potential bidders.

Petrobras was also awarded 100% of the exploration and production rights of the offshore Itapu block with a $430-million signing bonus.

“Without competition, Petrobras acquired the two most profitable assets offering the minimum profit share,” said Luiz Hayum, a senior analyst with Wood Mackenzie’s Latin America upstream research team, in comments following the round. “The low bids will lead to a 15%–20% rate of returns for these assets. The massive signature bonus and future investment will put pressure on Petrobras short-term liquidity and capex budget.”

Two other blocks, Atapu and Sepia, did not receive bids despite “stellar productivity and reservoir quality,” Hayum said. “The high upfront payments hindered the round results.”

“The majors are sticking with capital discipline,” Hayum explained. “The transfer of rights surplus assets would have to compete with portfolios that were high-graded since 2014. The high cost of entry and uncertainty on future payments to Petrobras limit the rate of returns for these assets, deterring the majors from participating.”

However, Hayum said he expects the majors “to be more aggressive” in PSC (Production-Sharing Contract) Round 6 scheduled for 7 November. It features four blocks in the Santos Basin and one in the Campos Basin.