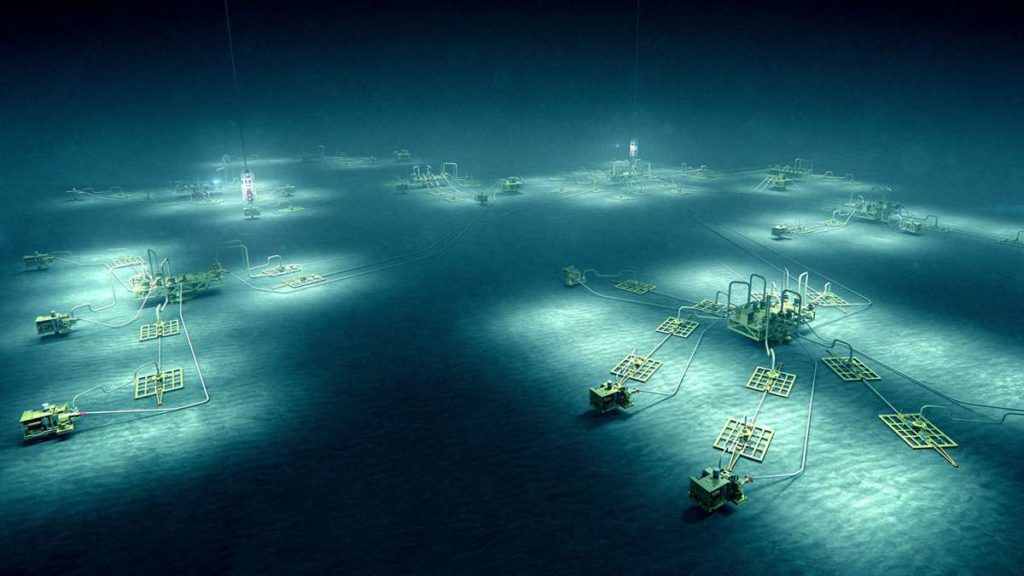 An illustration of the “subsea factory” concept meant to replace floating or fixed production facilities in the North Sea. Source: Aker Solutions

Subsea CO2 separation and injection would represent a major step-forward in the effort to turn the dream of a “subsea factory” into a reality. Announced this week, a joint-industry project has been launched to see whether the required technology can be economically developed.

The project is being led by Oslo-based engineering firm Aker Solutions along with oil and gas firms Equinor, Total, and Pertamina. Additional support comes from the CO2 Capture Project which includes BP, Chevron, and Petrobras as members.

In a release, Aker said it “has developed new concepts for subsea processing of well streams from CO2-flooded oil fields, in which CO2-rich gas is separated, compressed and reinjected back into the reservoir.” The hydrocarbon gas can then flow to a topside facility.

CO2 injection is an attractive concept for offshore developments because it would increase recovery rates and extend the life of the field. However, the only way to carry this out today is to install a separation and injection system onto an existing platform—a plan the offshore industry considers too costly to pursue. A subsea system would remove many of the financial burdens.

A chief aim of the project will be to identify the membrane properties that would separate natural gas and CO2 with minimal pretreating and eliminate the need for large processing modules. The challenge is that existing membrane materials are unable to meet the operating conditions required for an ocean-bottom system.

Aker’s involvement in this project comes after it delivered the world’s first subsea gas compression system to Equinor for the Åsgard field offshore Norway. The separation technology represents a key stepping stone for the initiative to make CO2 injection technically and economically feasible. Aker highlighted that the Åsgard separator has had no unplanned downtime since being installed in 2015.

Equinor has championed the development of this technology in order to create a “subsea factory” that would replace the need for floating or fixed production facilities. Installing all the various systems on the seabed would lower offshore costs substantially, both in terms of material and personnel.

The CO2 separation and injection project is also receiving funding from Gassnova, a Norwegian state-owned research firm that supports the development of carbon capture and sequestration technologies.

Subsea CO2 separation and injection would represent a major step-forward in the effort to turn the dream of a “subsea factory” into a reality. Announced this week, a joint-industry project has been launched to see whether the required technology can be economically developed.