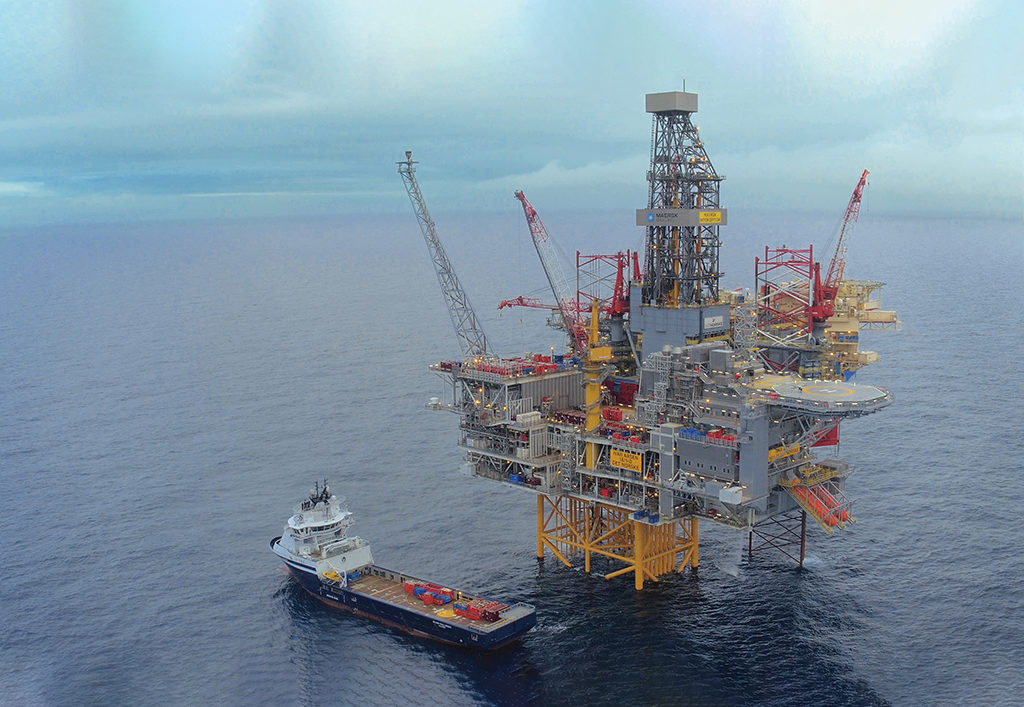 As the offshore oil and gas industry strives to improve the reliability and economics of major projects, seasoned operators are increasingly turning to digital twins to optimize the lifecycle of their assets.

A digital twin is a digital representation of a physical asset and its processes. In the offshore context, the twin is born during the concept phase of a facility and becomes integral during front-end engineering design work through fabrication, construction, and commissioning. Physical assets can range from process equipment to the entire topside and its components. Processes can range from separation to heat transfer.

When handed over for operations, the twin serves as a real-time data hub for the owner, enabling continuous offsite monitoring. A fully formed twin deployed from the earliest phases of a project to decommissioning improves design quality and serves as a valuable tool for maintaining operations. While the idea of a digital twin has been around for a while, only recently has it been put to work on a large scale on platforms and other big floating structures.

Use cases for the technology are becoming more common in presentations at industry events such as SPE Offshore Europe and the Offshore Technology Conference, where operators, technology firms, and engineering, procurement, and construction companies showcase their ability to develop advanced modeling techniques and combine them with large amounts of data.

Emerging as a proving ground for digital twins is the North Sea. There, operators Total, Aker BP, and Shell have each developed and deployed twins that they expect to pay big dividends. Results thus far, according to recent papers and presentations from those companies and their partners, include fewer commissioning roadblocks, improved structural simulations, and better-integrated systems, furthering the industry’s movement toward sparsely manned platforms.

Getting in Front of Commissioning Issues

Successful commissioning of a large offshore project requires anticipating all the things that can go wrong when it finally comes on stream. Often getting in the way of a smooth startup: inadequate personnel training and substandard testing of the integrated controls and safety system (ICSS).

Total teamed with Emerson to overcome these challenges as it worked on its 100,000-BOE/D Culzean ultrahigh-pressure/ultrahigh-temperature gas condensate development in the UK central North Sea. The project, which eventually was delivered ahead of schedule and under budget in June 2019, consists of six wells, three bridge-linked platforms, and a floating storage and offloading unit.

Total attributes much of the project’s operational readiness upon startup to development of a digital twin. The twin’s main function was to train engineers, technicians, supervisors, and operators to increase their competency to manage normal and abnormal situations in the lead up to first gas.

The multipurpose twin was used to verify the process design and the ICSS and safety instrumented system (SIS), pre-tune controls, and validate operating procedures. Vicky Athanasiou, Emerson business development manager, presented the companies’ approach during this year’s SPE Offshore Europe conference in Aberdeen and later spoke with JPT about the project (SPE 195766).

At the heart of the twin was an Aspen HYSYS Dynamics process simulator containing standard modeling libraries. It mimicked specific unit operations such as equipment data and operating conditions. The model was connected to an ICSS database and graphics to recreate the offshore environment at the Culzean facility. The process simulator was built alongside an Emerson DeltaV Simulate control simulator, which was a precise replica of the control automation system. Emerson integrated the two simulators to bring the high-fidelity digital twin to life during control system engineering.

The fully formed twin enabled several process design issues to be identified and addressed before commissioning, while some 90 issues were spotted during ICSS and SIS configuration and corrected before startup, Athanasiou said. These issues included human-machine interface, logic, and control philosophy configuration; instrument ranges; and alarm settings.

Around “90% of the tuning parameters were implemented on the production system during commissioning, and they were exact or pretty close to the final controller tuning—this helped reduce commissioning time,” she said. All operating procedures were tested, modified, and validated on the twin before first production of gas. These consisted of 28 startup procedures, 11 shutdown procedures, and two procedures for the entire facility.

Meanwhile, a dedicated instructor from Total put together a training program for control room operators and field technicians that was launched a year before production began, with 2,800 hours of training conducted across all functions.

The twin was delivered to Total as an offline system and can continue to be used as is for operational troubleshooting and testing process and control modifications before they are applied to the real facility. The technology also allows for conversion into an online system for operational monitoring.

Athanasiou said Emerson is also investing to improve the twin’s training environment, engineering workflows, and the automation of integration and maintenance activities with ICSS, SIS, and third-party process simulators.

As Shell set out to extend the life of an aging platform in the southern North Sea, it partnered with digital-twin firm Akselos to employ faster, more accurate structural simulations (SPE 195762).

Akselos first connected with Shell in 2015 and began working on one of the major’s floating production, storage, and offloading (FPSO) vessels. The two companies later teamed with LIC Engineering to apply some of the same concepts to fixed offshore structures, which led to forming a joint industry project (JIP) in 2017.

“With a structural model connected to sensor data, we can calibrate a digital twin based on the ‘as is’ state of the asset,” said David Knezevic, Akselos cofounder and chief technology officer. “This enables a range of high-value capabilities such as monitoring of the asset over its lifetime, guiding targeted IMR [inspection, maintenance, repair], assessing viability of asset modifications, and justifying safe asset life extension.”

However, the primary challenge in achieving these new work flows involves linking sensor data with simulation technology, namely conventional simulation technology, finite element analysis (FEA), since FEA is highly computationally intensive when applied to large-scale and detailed models. This means that the FEA models used in practice for assessment of offshore structures are typically coarse, which limits the ability to match closely with inspection and sensor data from an offshore asset and also leads to unwanted over-conservatism in the analysis results, Knezevic said.

To address these issues, Akselos created a simulation technology called Reduced Basis FEA (RB-FEA), which is a component-based reduced order modeling approach that applies model reduction inside components and on component interfaces. The result is a reduced system that enables highly detailed models to be solved in seconds, “and it’s parametric, so you make changes to a model and re-solve in seconds,” he said.

Knezevic said the speed and detail provided by RB-FEA “is an ideal fit” with sensor data on offshore structures since the RB-FEA simulations can “keep up” with sensor data and generate automated structural analysis reporting based on the up-to-date status of the asset. This is the Akselos concept of a digital twin.

In assessing the fatigue life of a Shell jacket structure, Akselos deployed its RB-FEA approach to model joints in 3D with fully meshed components. The approach, he said, is just as fast as the beam-based approach used in traditional finite element models but much more detailed. This eliminates the unwanted over-conservatism from conventional analysis approaches. Also, the twin is calibrated based on readings from eight accelerometers placed above the waterline on two decks of the structure. These readings are used to calibrate structural properties of the model, which then feed into the asset monitoring and structural health management capabilities provided by the twin.

While results from the actual application in the JIP are in progress and yet to be disclosed, Knezevic said the work performed is intended to help Shell reach its goal of safely operating the aging platform for another 20 years.

Pursuit of an “Ultralow-Manned Platform”

Aker BP’s implementation of a digital twin was critical to its pursuit of an “ultralow-manned” Ivar Aasen platform 180 km off Norway. Developed in part by Siemens, the twin was built on the combination of remote condition monitoring of equipment and the facility’s integrated electrical, instrumentation, control, and telecom (EICT) package, or the platform’s “neural system,” according to a paper presented at this year’s Offshore Technology Conference (OTC 29606).

The operator sole-sourced the EICT package to reduce the number of contractors involved in the project and streamline the development process from the earliest phases of design work. The EICT contractor used typical CAD and CAE software applications along with unique software tools to help bring the twin to life during the platform’s commissioning phase.

“We are monitoring in the ballpark of 90,000 tags of dynamic data, and that’s in a rather small plant,” said Stig Settemsdal, chief technology officer of Siemens Offshore Solutions, during a discussion with JPT. For perspective on just how digitalized Ivar Aasen has become, a neighboring platform in the North Sea that is double the size of the Ivar Aasen facility monitors just 25,000 tags, he said.

As a result of the digital twin approach, Aker BP with the help of its contractors can perform remote condition monitoring of platform machinery exclusively throughout its facilities from the office environment—wherever they are located in the world. Next up for Aker BP and Siemens is Ivar Aasen 2.0, which involves upgrading “to the latest and greatest of new technology,” as the platform has been operating for almost 3 years and technology moves fast.