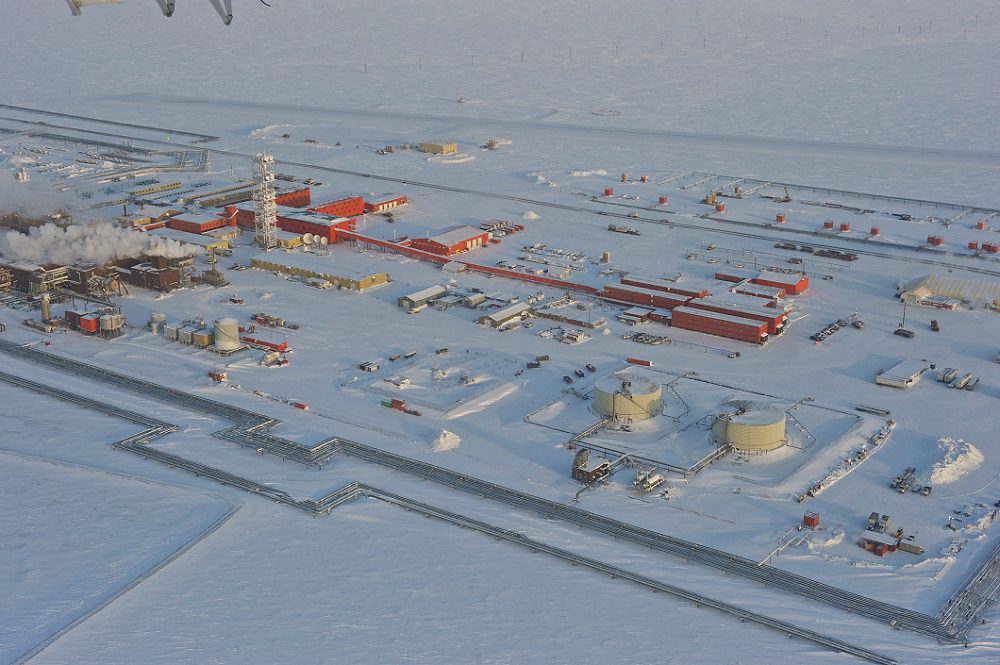 Most of ConocoPhillips’ oil and gas production by the end of the next decade will come from its unconventional operations. But, for the near-term, the Houston independent will rely on its conventional assets as it seeks to keep spending in check, decline rates low, and cash flow on the rise.

“The decline rate of our new production is lower than most of our competitors because it comes from diverse sources,” and this new production “isn’t all high-decline unconventional,” said Matt Fox, ConocoPhillips executive vice president and chief operating officer, during the company’s analyst and investor meeting presentation in late November. Executives came together at the event to outline the company’s operating and financial plan for 2020–2029.

ConocoPhillips plans to spend $2.4 billion/year on conventionals during the 10-year period, maintaining stable production of more than 750,000 BOE/D. Since 2016, the company has added 5 billion BOE of conventional resources for less than $40/BOE.

Those four core assets are expected to yield more than 900,000 BOE/D by the end of the 2020s, eclipsing the company’s conventional output. Unconventionals will get $4.2 billion/year in capital during the period.

The overall effort is part of the company’s plan to generate free cash flow of $50 billion through the decade, which is slated to come with production growth of 3%/year. Its expected companywide average base decline rate for its producing oil and gas assets through 2029 is 10%/year.

While many large and midsized US operators have slimmed down their portfolios in recent years to focus on just a couple of unconventional basins, ConocoPhillips has held on to assets all over the world, spanning Asia-Pacific, the Middle East, Europe, Canada, and Alaska.

The business unit encompasses 2 billion BOE in resources, representing 15% of the company's resources under $40/BOE with an average cost of supply of less than $20/BOE, according to the presentation. The company plans to spend just $300 million/year there during the decade while producing 300,000 BOE/D.

The region features Qatargas 3, an LNG project fed by the enormous North Field in Qatar, will encompass production of 80,000 BOE/D through the next decade “while requiring negligible additional capital,” Bullock said. Australia Pacific LNG in Queensland, Australia, is expected to yield more than 100,000 BOE/D net to ConocoPhillips.

ConocoPhillips’ legacy position in Bohai Bay off China produces around 30,000 B/D of oil and “has some of the highest cash margins in the company” at $35/bbl, he said. The lower cost of new developments is a result of standardizing platform designs and reducing the weight of those platforms.

“The platforms are essentially cookie cutters. They're being built in the same yard some of the same project teams,” Bullock said. “And not only does the capital costs improve with repetition, we're seeing reduced cycle times from [final investment decision] to first oil by up to 6 months.”

The company’s Malikai, SNP, Gumusut, and KBB cluster projects comprise its Malaysia production of around 60,000 BOE/D. It hopes to build on that number by discovering new resources in prospective acreage on the shallow-water shelf, recently launching an exploration campaign. Those areas total about 2 million acres, the equivalent of 340 US Gulf of Mexico blocks. “So there is lots of room for prospects,” he said.

The Malaysian exploration work is being aided by ConocoPhillips’ 3D compressor seismic imaging technology, which has been combined with advanced analytics and machine learning, reducing interpretation time by a factor of 10, Bullock said.

Alaska, Canada, and Europe over the decade will attract about 40% of ConocoPhillips' capital and make up one third of its production. About $2.5 billion/year will generate production growth of 5%/year, lifting output to around 600,000 B/D at decade’s end from 400,000 B/D in 2020. ConocoPhillips’ Canadian asset base does include its unconventional Montney position, which will play a significant role in production growth into the 2030s.

While the company plans a 25% sell down of its operated assets in Alaska—consistent with its directive to not own 100% of every asset—those properties will still yield the company 180,000 B/D of production with “significant running room,” said Michael Hatfield, ConocoPhillips president, Alaska, Canada, and Europe. The Alaska portfolio, which includes “very low-decline” fields at Prudhoe Bay and Kuparuk on the North Slope, will receive investment of $15 billion.

At Prudhoe Bay, where the cost of supply is less than $25/bbl, ConocoPhillips expects incremental projects to result in peak oil production of more than $50,000 B/D.

The company’s four new Alaskan drill sites from the last 5 years, including CD5 in Alpine and its initial development of the Northeast West Sak area in Kuparuk, have a cost of supply of around $30/bbl. At CD5, ConocoPhillips this year drilled a 32,000-ft extended-reach well using what it says is the largest mobile land rig in North America, capable of drilling more than 7 miles away from the pad. The company’s 10-year plan for its Willow and Narwhal developments consists of $6 billion of capital with total peak rates of 70,000 B/D of oil net to ConocoPhillips.

Hartfield said ConocoPhillips has lowered its base decline rate in Alaska to 6% from 8% by improving waterflood management and enhanced oil recovery (EOR) performance by optimizing the allocation of water and miscible gas injection. “This improves the waterflood patterns and results in recovery in those areas—up to 60%,” he said.

In Norway, the company will advance the Tor II, Eldfisk North, and Tommeliten Alpha projects in the coming years while installing some additional satellite tiebacks.

But the Future is Unconventional

ConocoPhillips’ Montney production is expected “to grow significantly into the next decade,” rising to 250,000 B/D into the 2030s, Hatfield said. The company has amassed more than 150,000 net acres there with 100% working interest.

But nearly two fifths of free cash flow during the 10-year period will come from the company’s Lower 48 assets, the vast majority of which will be generated via unconventional production in the Permian, Eagle Ford, and Bakken. The Permian will emerge as the largest producing asset during the period, overtaking the Eagle Ford with output plateauing at 400,000 BOE/D by decade’s end.

Much of the focus is in the Permian’s Delaware sub-basin, where the company envisions a 6-rig development pace, up from 2–3 rigs currently. The company plans to split 4 more rigs between the Permian’s Midland sub-basin and North West Shelf.

“Now along with the rest of industry in the Delaware, we are still very much on the steep part of the learning curve, particularly around well spacing and stacking,” said Dominic Macklon, ConocoPhillips president, Lower 48. “This is the primary reason we've elected to pursue a moderate ramp up pace in the Delaware—so we get it right.”

ConocoPhillips’ more mature Eagle Ford acreage will require a different development approach. The company projects to generate free cash flow of $12 billion in the play over next 10 years, with production of 300,000 BOE/D. It plans to average eight rigs over the period.

One of the methods being deployed to maintain recovery in the play is refracturing, with some 300 planned at a cost of supply of less than $30/bbl. Macklon said the company has seen positive results from its refrac programs and, specifically, has “made significant progress” in proving up its mechanical isolation refracs.

ConocoPhillips has brought online 15 refracs with an average 75% increase in forecast estimated ultimate recovery. Some 80% of the refracs "are on parent wells that will be stimulated at the same time as their neighboring child wells,” he said. “And this will significantly reduce degradation by achieving a much more symmetrical frac pattern in the wells.”

The company has also conducted an Eagle Ford stimulated rock volume pilot where it collected pore data parallel to the wellbore in an effort to better understand how to boost recovery (URTEC-2019-263). Macklon said the team found that its stimulation design was “creating a lot fractures but not allowing proppant to travel to fractures in between the clusters.”

Fractures close as pressure depletes without proppant to hold them open. A primary goal for ConocoPhillips will be to improve proppant placement and enhance near-wellbore drainage in its newer stimulation designs.

As for EOR, which fellow Eagle Ford operator EOG Resources has employed with some success, ConocoPhillips has identified opportunities to apply the method on its acreage that is not considered high volatility, or 40% of its total position in the play. Three natural gas EOR pilots are under way with results expected in 2020.

In the Bakken, the company is incorporating its learnings from the Eagle Ford, bringing online three refrac pilots this quarter. It has earmarked some 300 candidates in the play.

Target plateau production in the Bakken will be 90,000–100,000 BOE/D with 3–4 rigs working. The company has moved to lower intensity completions, following “three drivers that really matter” in the play: tighter cluster spacing, less proppant, and a lower proppant-to-fluid ratio.

“With less proppant, our completion time and cost has fallen, and yet, our well productivity has increased, all resulting in a $2/bbl costs of supply improvement,” Macklon said.

While big growth is expected from ConocoPhillips unconventional regions, Macklon reiterated that the company is still “not driven by production targets—rather we are driven by capital efficiency, returns, and free cash flow.”