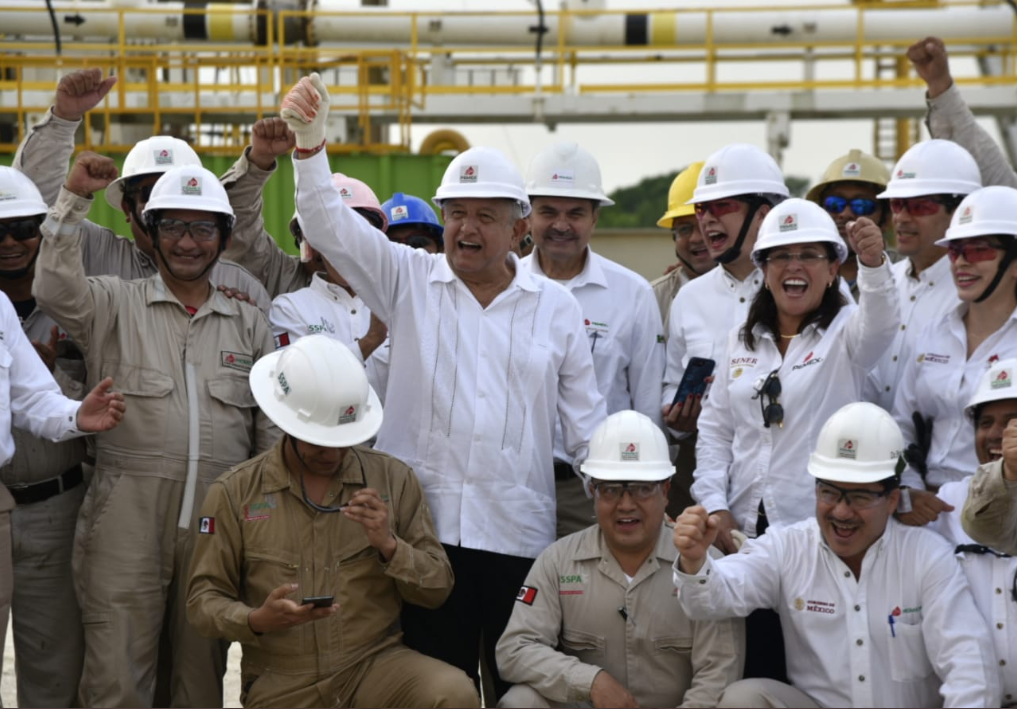 It is being welcomed as the biggest discovery of oil in Mexico in more than 30 years. Mexican state oil company Pemex said that it found a reservoir in the southeastern state of Tabasco that holds more than 500 million BOE.

The onshore discovery was made in May at a site called Quesqui after a test well was drilled and seismic data analyzed. The company said that the Quesqui-1 exploratory well is producing 4,500 B/D with the potential to produce 75,000 B/D.

Taking part in the announcement was Mexican President Andres Manuel Lopez Obrador, who campaigned on a promise to revitalize Pemex, the world’s most indebted oil company.

There is now speculation that the private sector is under pressure to farm-in Pemex to contracts awarded during the open auctions.

According to multiple media reports, Houston-based Talos Energy may be challenged by Pemex for the operatorship of an offshore field known as Zama. Talos was the first foreign firm to make an offshore discovery in Mexico in 2019.

The Zama field is adjacent to a block operated by Pemex, which has said that the two blocks may feature a contiguous reservoir—possibly giving it rights to both fields under Mexican law. The Mexican government has said it has no plans to remove Talos as the operator of the Zama field.

One of the original partners in the Zama project has already left Mexico after selling off its entire asset portfolio. In 2018, Sierra Oil and Gas, which was the first Mexican-based oil company to win exploration blocks, sold its 40% stake in Zama and all its other holdings to Germany’s Wintershall. The government’s positons made it difficult for the small independent to raise capital, an industry source told Reuters.