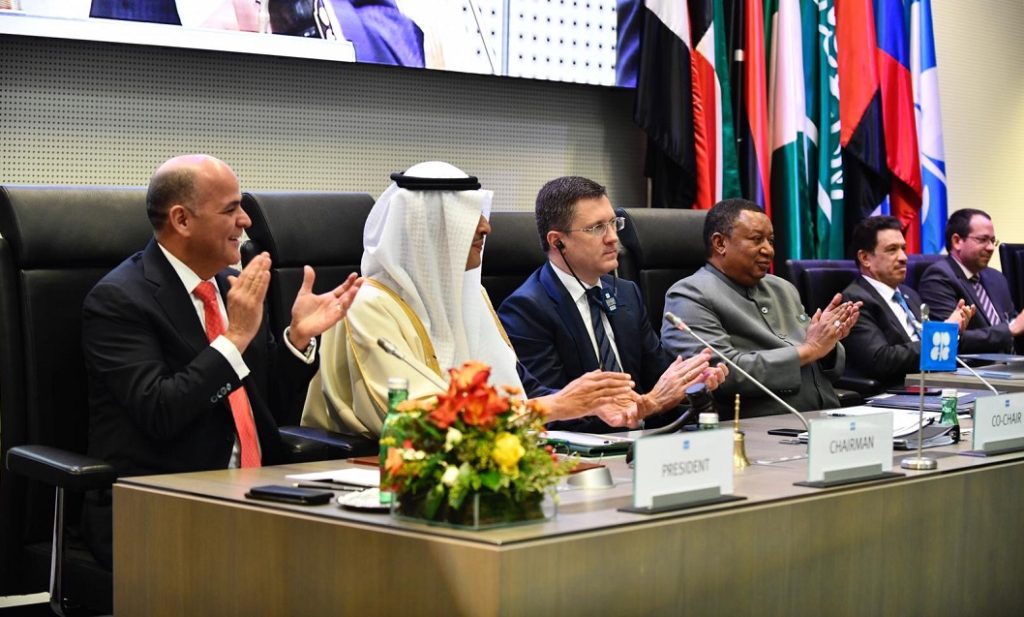 Members of the Organization of Petroleum Exporting Countries (OPEC) and several non-OPEC oil producing countries agreed on 6 December to extend and deepen their deal to collectively curb oil output.

The group will shed an additional 500,000 B/D of oil production through March 2020, bringing the total curtailment to 1.7 million B/D, it announced at a ministerial meeting in Vienna.

Saudi Arabia, which has spearheaded the pact since it first took effect in 2017, pledged to continue cutting 400,000 B/D more than its quota, leading to a total reduction of more than 2.1 million B/D, OPEC said.

Representatives came to the decision after discussing oil market developments since their last meeting on 1 July as well as their oil market outlook for 2020. OPEC forecasts global economic growth next year to remain at 3% and oil demand to grow by 1.1 million B/D. It also noted that expectations for non-OPEC supply have been revised downward in recent months.

OPEC produced 29.65 million B/D in October, according to its latest monthly Oil Market Report. Saudi Arabian output increased to 10.3 million B/D during the month as it quickly rebounded from the September drone attack on Saudi Aramco’s oil processing facilities at Abqaiq and Khurais.

Much of the production growth outside of OPEC in recent years has been led by the US and, primarily, unconventional output from the prolific Permian Basin of West Texas and southeastern New Mexico. However, strong output growth from the basin has shown signs of slowing as operators pull back on ambitious growth plans and practice stricter capital discipline.

Even still, EIA in November revised up its forecast for US crude production in 2019 by 30,000 B/D and 2020 by 119,000 B/D from its October forecast. EIA attributed the increases to higher initial production projected for future Permian wells and a slightly higher oil price forecast for November 2019–January 2020.

Additional contributions to non-OPEC growth in 2020 are expected from Brazil’s and Norway’s prolific offshore sectors. During the year, more oil will flow from the Buzios, Lula, and Lara projects off Brazil and the giant Johan Sverdrup project off Norway.

OPEC added that the group will also continue to monitor “a number of critical uncertainties” such as trade-related negotiations and macroeconomic developments.

The group will reconvene on 6 March in Vienna where they will review the effectiveness of the latest deal.