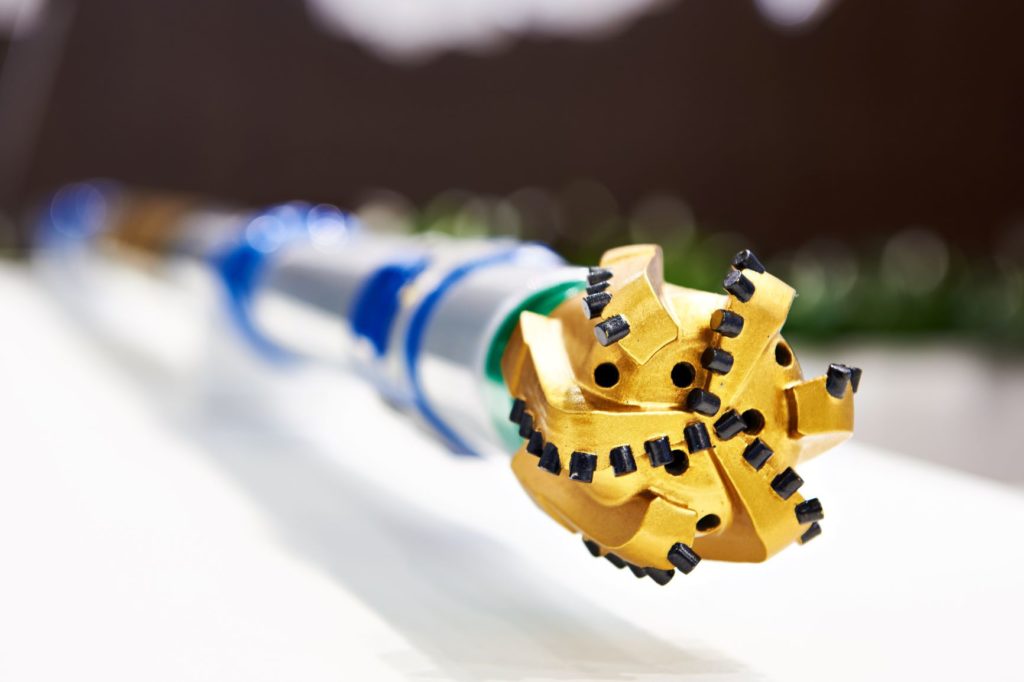 Since the onset of the downturn, the Texas drilling market has become one of the most competitive spaces in the upstream industry.

This is particularly the case for directional drilling (DD) and measurement-while-drilling (MWD)—two cornerstone technologies required to construct a horizontal wellbore. In 2019, there were 78 DD/MWD companies operating in Texas—with a little under half working out of Midland County, the Permian Basin’s primary hub.

The DD/MWD arena has become so crowded that the “big four” service companies have seen their positions shrink substantially since the start of the bust, according to regulatory data compiled by Gibson Reports.

“Schlumberger, Halliburton, Baker Hughes, and Weatherford, they only make up 16% of the total footage drilled in the state. The market is heavily dominated by everybody outside of that group—private equity, independents, and publically traded companies,” said David Gibson, founder of Gibson Reports, which tracks DD/MWD activity for the shale sector.

The individual market share for the legacy service companies are:

As recently as 2013, these companies collectively shared 28% of the Texas DD/MWD market, by far the largest in North America for such services. But by 2017 that figure dropped to just over 20% in 2017 before falling sharply again to the 2018 level of around 16%.

Gibson noted that these figures could be dragged down somewhat because of state reporting methods which only require that the MWD company listed as the “surveyor of record.” This means a separate company could have been used for the directional drilling in some instances, and there are a handful of firms that only offer MWD services.

But the high-level picture nonetheless shows that DD/MWD technology has become more democratized than ever. Today, 80% of the DD/MWD work is done by 20 different firms. 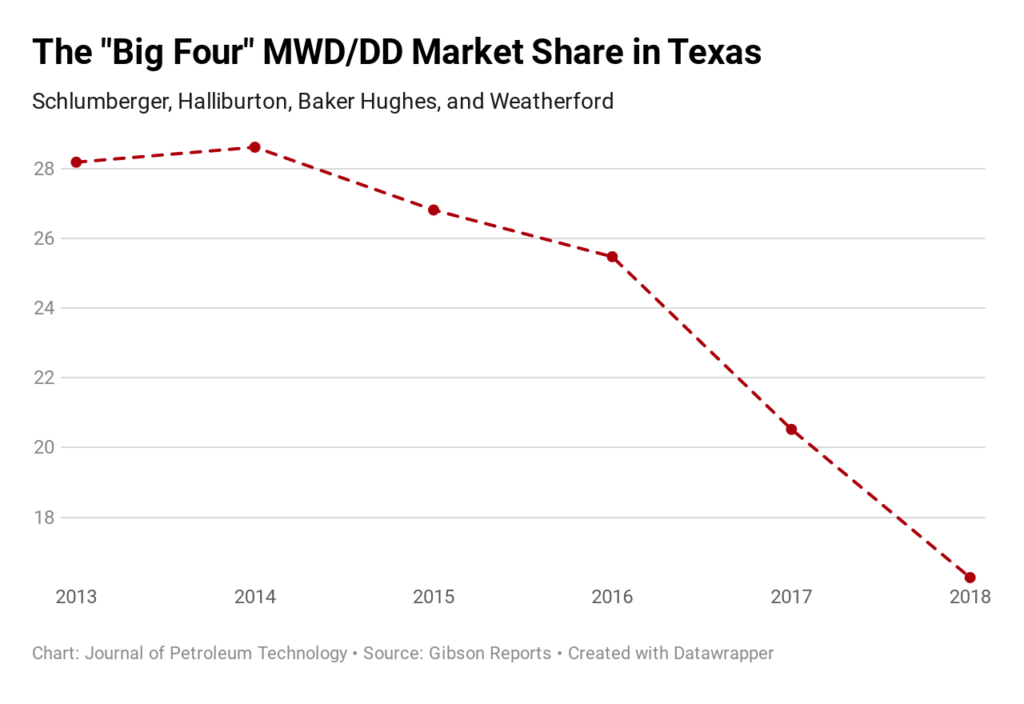 Not a single firm in Texas is capturing more than 9% of the available work. Based in the Houston-area, ProDirectional leads the Texas market with 10.6 million feet drilled, or 8% of the 132.7 million feet drilled in Texas during the year. The big four accounted for a combined 16.2 million feet of drilling in the same span.

As a result, some of the legacy providers are re-thinking their business models. Schlumberger, for instance, has begun to rent out its MWD equipment, including rotary steerable systems, to other directional drilling companies.

“That was not something that we saw Schlumberger do 4-5 years ago—all that technology stayed in-house,” said Gibson, explaining that the bigger companies in this segment inherently have higher overhead than smaller firms and that renting or selling licenses allows them to maintain a market presence at a lower internal cost.

“Going forward, we see a lot of operators that are looking to vertically integrate by bringing the directional drillers into their facility,” he added. Two operators paving this path are Chevron and Hess, which have moved their directional drilling staff into remote operation centers in Houston. These operators are seeing greater consistency, “by getting the best directional driller on six rigs as opposed to being on only one.”

And much like their drilling contractor cousins, the DD/MWD providers have seen day rates squeezed by as much as 40% since 2015. The lower margins represent a double sting since there are about half as many rigs drilling close to the same amount of wellbore footage, and doing so at twice the speed compared with pre-downturn averages.

Gibson said this situation has pushed some service companies and even a few operators to consider dollars-per-foot contracts vs. charging day rates. However, these “performance based” contracts have remained the exception due to a hyper-competitive landscape and the fact that the traditional pricing model offers more cost upside to oil and gas companies.

Other changes to the DD/MWD market include the de-bundling of services. Gibson said that the “a la carte” business model means operators are sourcing individual components such as mud motors from the lowest-cost provider.

Such diversity also means that some operators are using more than a dozen DD/MWD providers. XTO contracted more than 25 DD/MWD companies this year in the Permian. Other highly active operators used between 10-20 providers. But not all operators are keen on mixing and matching as much. Marathon for instance, uses only two directional drilling companies, with one owning more than 80% of the operator’s work.