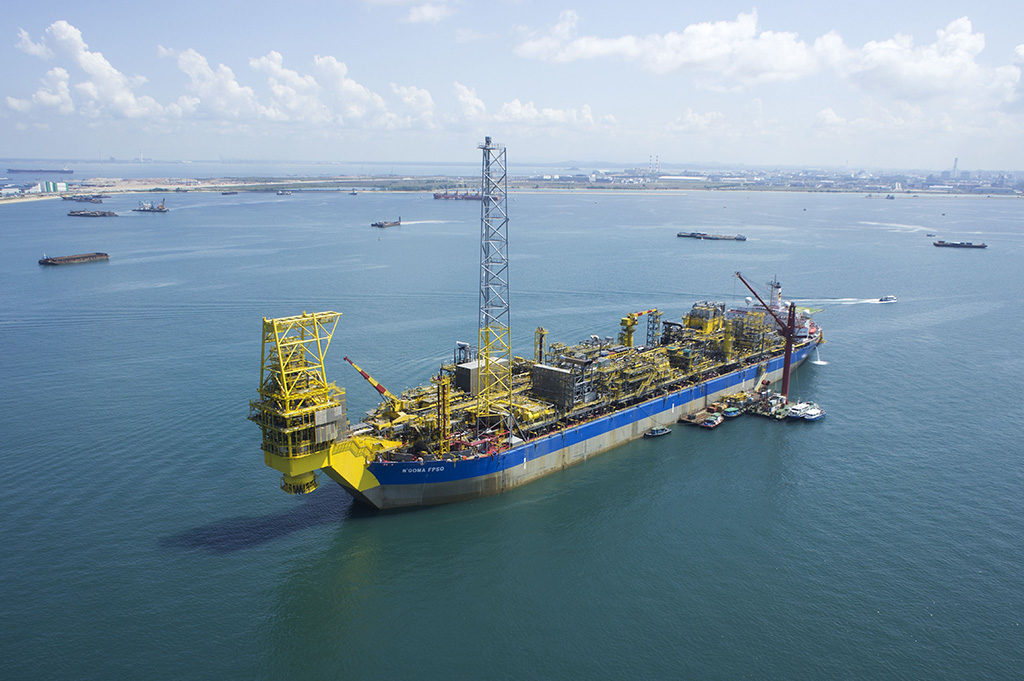 The N’Goma FPSO will serve as the early production unit for the newly discovered Agogo offshore oilfield. Source: Eni

Eni achieved first oil at the Agogo oilfield located in the 15/06 Block offshore Angola. The startup comes just 9 months after the field was discovered thanks to the use of a floating, production, storage, and offloading (FPSO) unit, the N’Goma production hub that is less than 10 miles away.

The Italian oil and gas company said it drilled the production well in a water depth of around 5,500 ft and achieved an initial production rate of close to 10,000 B/D. Peak output is expected to reach 20,000 B/D in the coming weeks. Eni estimates the field holds more than 650 bbl of crude and says the potential may increase after more delineation wells are drilled.

The delivery of the Agogo field set a new record for Eni, which used a “fast track” model to take advantage of the operational synergies offered by existing infrastructure to develop satellite subsea fields. The strategy relies on a phased field setup: an early production stage, followed by a complete appraisal campaign, then subsequent full-field development via a new production hub.

Eni operates several other fields in the vicinity and has been exploring the 15/06 block since 2006. Two projects, the West Hub and East Hub, are supported by two FPSOs, which began production in 2014 and 2017, respectively. The two hubs serve eight fields that are developed through 42 subsea wells. Eni said total cumulative production from the area exceeded 180 million bbl by the end of 2019.

Since 2018, Eni and its partners Sonangol and SSI Fifteen have discovered five new fields in the area that are believed to hold 2 billion bbl. The preliminary estimate doubles the previous discoveries connected to the West and East Hub installations.

This month Eni also was awarded a new concession from Angolan regulators to explore a deepwater area in Block 28. With a 60% share, Eni will be the operator of the unexplored area in the Namibe Basin along with Sonangol (20%) and a third partner (20%) will be assigned during the closing of the contract. Eni has been an operator in Angola since 1980 and accounts for about 145,000 B/D in the country.