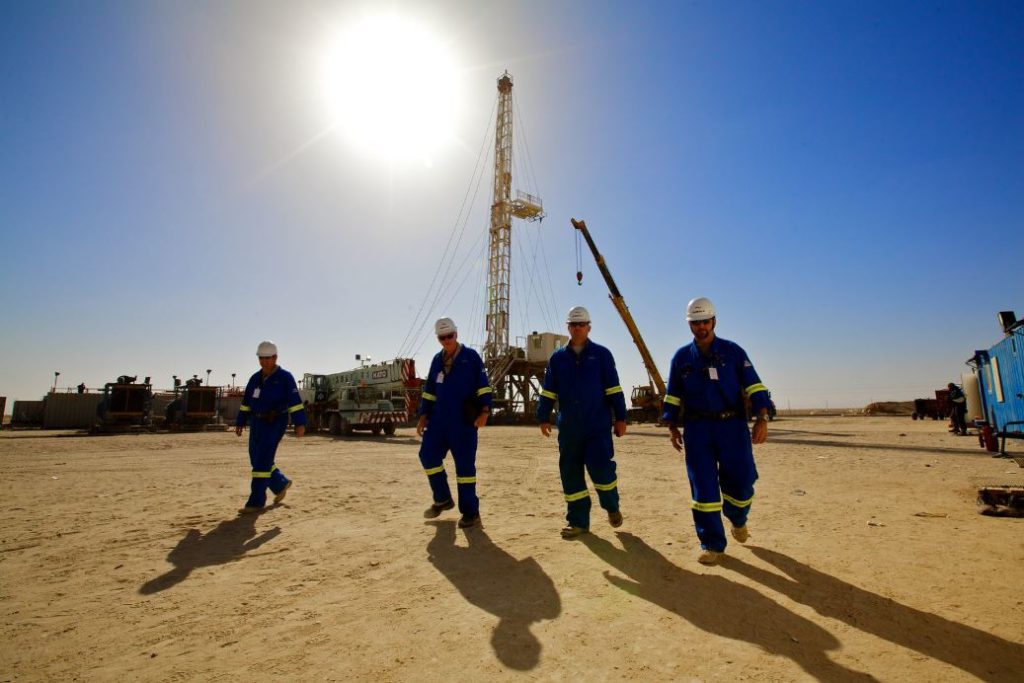 A drilling crew takes a break under the Iraqi sun: Source: BP.

BP is pulling out of Iraq’s giant Kirkuk oilfield after its current exploration contract expired and a new deal was not reached for the field’s expansion, according to the Reuters news agency.

The supermajor told Iraqi authorities last month that its staff out would be leaving the oilfield, which is located in the north of the country. BP’s 2013 $100 million service contract expired at the end of 2019, sources told Reuters. BP apparently told Iraq that the development did not meet its expectations.

The deal is a blow to Iraq’s plans to triple oil production from the field to 1 million B/D. Total Iraqi production is approximately 4.5 million B/D. The withdrawal comes amid increased US-Iraqi tensions that only add to the risk of oil companies operating in the country.

BP’s contract had been put on hold in 2014 when the Iraqi army collapsed after the Islamic State's advance in northern and western Iraq, allowing the Kurdish regional government to take control of the Kirkuk region. Iraq regained full control of the field from the regional government in 2017 after a failed Kurdish independence referendum. BP then resumed its studies on the field.

Kirkuk was discovered in 1927 and is the birthplace of Iraq's oil industry. BP’s work on the Kirkik field included a 3D seismic study of the field's reservoir to expand on the existing 2D data, Reuters said.

Kirkuk is estimated to contain about nine billion bbl of recoverable oil, according to BP.