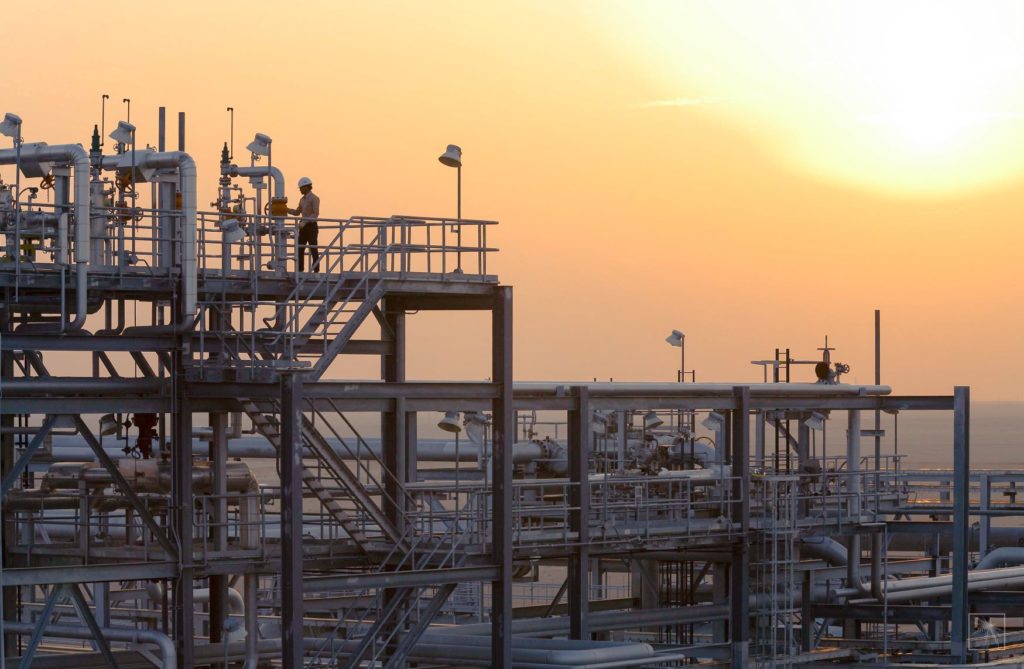 The Haradh Gas Plant, located at the southern tip of the Ghawar oil field, the largest conventional oil field in the world. Source: Saudi Aramco

Saudi Aramco is moving forward with a $110-billion plan to develop the Jafurah tight-gas field that lies to the east of the supergiant Ghawar oil field. Aramco announced government approval of the capital project on 22 February.

Jafurah is considered to be Saudi’s largest unconventional gas prospect, holding an estimated 200 Tcf of technically recoverable resources, according to Aramco.

Commercial production from the source-rock formation is not expected to begin until early 2024. By 2026, Aramco’s output from Jafurah is projected to be 2.2 Bcf/D of natural gas and 425 MMcf/D of ethane. In addition, the field is expected to produce another 550,000 B/D of natural gas liquids (NGLs) and condensate.

Al-Abdulqader shared at IPTC that early production facilities are already up and running in Jafurah for the long-term testing of appraisal wells. Aramco continues to study decline curves and ultimate recovery factors. The early learnings have led to lower drilling and completion costs on subsequent wells, he added.

The current plan involves three development blocks, each 10 sq. mi. Two will be supported by an existing gas facility and the remaining block will require the construction of a new gas plant. The existing facility will be used to transport sales gas to Aramco’s export terminals where it will sail to global markets.

The NGLs will be sent to fractionation facilities to make ethane and propane products. The dry gas will not leave Saudi’s shores, and instead will be used as feedstock for the country’s power grid.

Aramco, the world’s top crude exporter, has been testing its shale potential for at least 6 years in a bid to become a major exporter of gas. Al-Abdulqader highlighted that the key to Aramco’s unconventional strategy is its “agile, and ringed-fence organization," in which engineers of every stripe—drilling, reservoir, and production—are integrated with each other, but kept separate from the company's conventional business units that require a different structure.

The early phases of the operator's unconventional projects have focused on seismic studies, rock characterization, and learning how to land horizontal wells in the ideal horizon. Al-Abdulqader noted that the company has around 100 geologists working to characterize each of its unconventional targets. The company has also worked with international service companies to find the right tools for its unconventional future. “Every rock is different, and every rock needs it own cutting-edge technology for stimulation and maximum production,” he said.

The two other unconventional gas fields currently being explored in the country are the South Ghawar, located on the southern edge of the oil field by the same name, and the North Arabia field.

With oil prices at historic lows and with COVID-19 supply chain disruptions, the time has come to evaluate supply chain and procurement strategies, sourcing techniques, and costs.

This paper discusses a prescriptive analytics framework to optimize completions in the Permian Basin.