Record US Production Topped 12 Million B/D in 2019, Will Climb Slower This Year 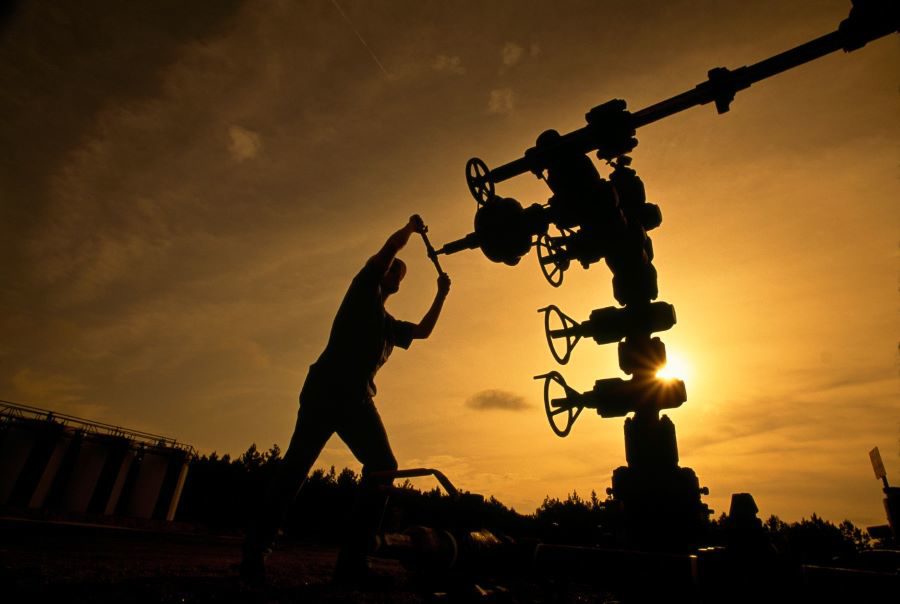 The US set a new oil production record in 2019, reaching a level of 12.23 million B/D on average, according to the US Energy Information Administration (EIA). The new figure represents an 11% increase, or 1.24 million B/D, over 2018 levels. The EIA also said November set a new monthly record for the US of 12.86 million B/D.

The historic highs have been driven by more than a decade of tight-rock exploration and production through the so-called “shale revolution.”

The vast majority of these new barrels are to come from Texas and New Mexico which share the Permian Basin. 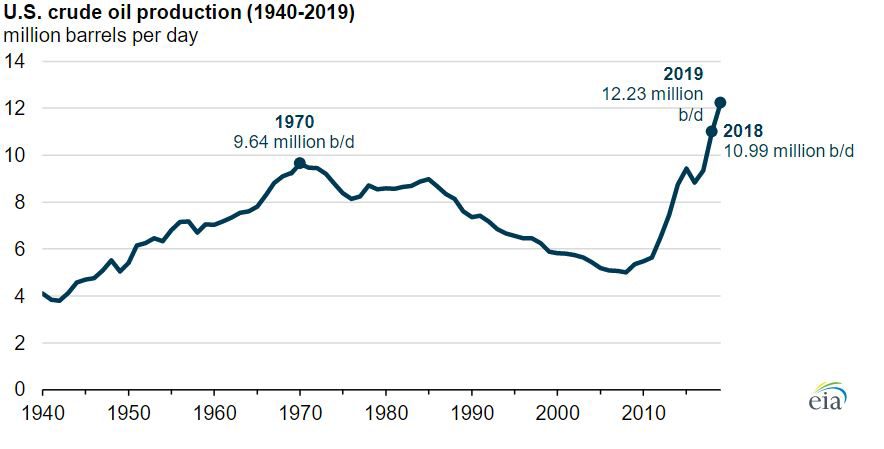 Tight-oil production and growth from fields in the Gulf of Mexico continue to push US output to new highs. Source: EIA

Nowhere has the effect of hydraulic fracturing and horizontal drilling been felt more than in Texas which accounts for 41% of the nation’s crude oil production—by far the most of any US state. Texas output reached an average of 5.07 million B/D in 2019, with a monthly high of 5.35 million B/D in December.

The year-over-year increase in Texas for 2019 was almost 660,000 B/D. This was attributed primarily to the Permian which has for the past few years been the most active tight-oil basin in the world. The Permian represented 53% of the total US increase for the year. Since 2010, Texas crude production has jumped by almost 4 million B/D, which is a more than 300% increase.

Neighboring New Mexico has also become a major contributor to the supply picture thanks to rising Permian activity in the state. New Mexico’s share of the Permian saw a 248,000 B/D increase, or a 36% rise, in 2019. The EIA said this was the second-largest state-level increase for the year, accounting for 20% of total growth in the US. It also marked the first time in the state’s history that oil production rose above the 1 million B/D milestone.

Operations in the US Gulf of Mexico also recorded output growth of 1.88 million B/D with the addition of seven new projects in 2019. These developments helped push annual production up by 126,000 B/D. The EIA said nine new projects will come online this year.

The growth in all of these regions more than offset the declines from other oil-rich basins in the US. Alaska saw production decrease for the 2nd straight year, while California dropped its annual output for the 5th year in a row.

Record US Production Topped 12 Million B/D in 2019, Will Climb Slower This Year