Facts and Figures: US To Fill Strategic Petroleum Reserves Amid Historic Price War 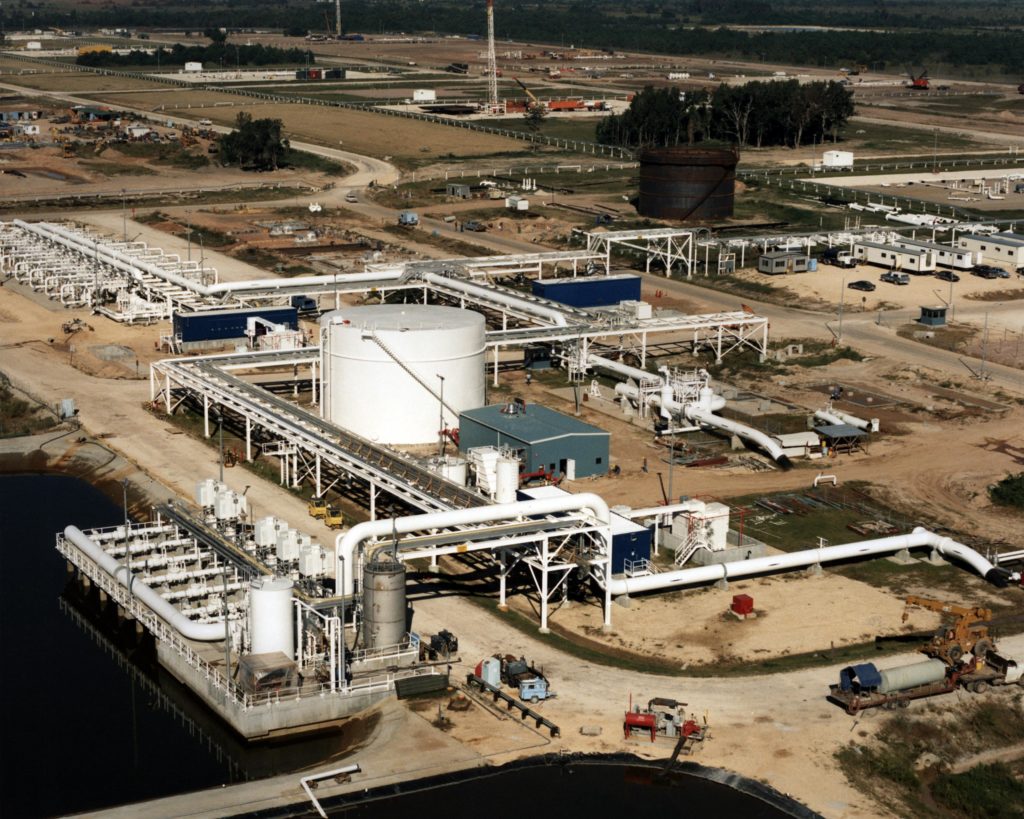 High-pressure pumps and storage systems at the Big Hill Strategic Petroleum Reserve location in Texas. Source: US Department of Energy

The US government is taking its first step to help stem the losses of the country’s domestic oil and gas sector with the purchase of between 77 and 78 million bbl of crude oil. The oil will be stored in several underground locations that form the US Strategic Petroleum Reserve (SPR).

The order came from US President Donald Trump on Friday, 13 March, as he declared a national state of emergency in response to the COVID-19 pandemic that has spread to almost 150 countries since January.

“We’re going to fill it right up to the top, saving the American taxpayer billions and billions of dollars, helping our oil industry,” Trump said during a press conference Friday afternoon. “It puts us in a position that’s very strong—and we’re buying at the right price.” The Trump administration previously cancelled a planned sale of 12 million bbl from the SPR.

Following the announcement, US Energy Secretary Dan Brouillette issued a memo to his staff at the US Department of Energy (US DOE) telling them “to immediately initiate the process of purchasing American-made crude oil for storage in the U.S. Strategic Petroleum Reserve as expeditiously as possible.” According to various media reports, the first purchases will be made within 2 weeks.

Oil prices saw a modest uptick in response to the SPR order; however, they soon reverted to their downward trajectory when markets opened Monday. The price of West Texas Intermediate (WTI) slipped below $29 and Brent Crude broke below $30.

The move to fill the SPR comes in response to the price war that erupted between Russia and Saudi Arabia the weekend prior. The two countries failed to reach an agreement to curtail production during a meeting between OPEC and non-OPEC nations. Russia refused to agree to production cuts, prompting Saudi Arabia to drop its prices and commit to a production target of 13 million B/D—effectively swamping an already oversupplied market.

According to IHS Markit, the “situation points to the possible buildup of the most extreme global oil supply surplus ever recorded.” The oil and gas consultancy said the price war, coupled with an impending global recession stoked by the coronavirus pandemic, may result in a surplus between 800 million and 1.3 billion bbl by June. The largest 6-month surplus in the last 20 years came amid the last oil bust in 2015 when excess volumes totaled 360 million bbl.

Trafigura Group, one of the world’s largest crude trading houses, issued a memo over the weekend saying that it expects global oil demand to shrink by as much as 10 million B/D.

A number of analysts estimate that fully loading the SPR will offset little more than a week’s worth of the ongoing demand destruction caused by the virus’ effects on the economy and consumer activity.

Facts and Figures: The US SPR

The SPR was authorized by US legislators in 1977 in the wake of the 1973–1974 Arab Oil Embargo imposed against the US for its support of Israel during the Yom Kippur War in October 1973. Its initial capacity target was established to provide the US with a 30-day supply based on 1975 levels. It was decided that the ideal storage systems were large salt domes found along the US Gulf Coast which had the added benefit of being located in close proximity to major refining bases. 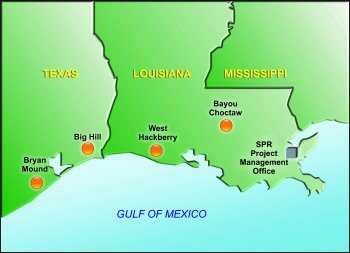 Locations of the four strategic petroleum reserve sites. Source: US Department of Energy

The maximum storage capacity of the SPR is around 713.5 million bbl and it is currently holding about 635 million bbl. This leaves around 78 million before the salt domes reach their authorized capacities. In 2016, the US DOE reported that its maximum injection rate at most of the sites was about 225,000 B/D—or under 2% of the 2019 US daily output. Estimates suggest that the US can practically fill the sites at a combined 430,000 B/D. Topping the SPR off would generate about $2.6 billion in revenue at current prices.

There are questions as to what type of oil, and how much of it, the SPR can take. The US DOE currently only allows two grades of crude to be mixed into each location after finding that mixing too many different grades created problems for downstream marketing efforts. Most of the crude types stored in the SPR today have API gravities less than 37. Much of the tight oil produced in Texas and North Dakota has API gravities ranging between 40 and 50.

Facts and Figures: US To Fill Strategic Petroleum Reserves Amid Historic Price War