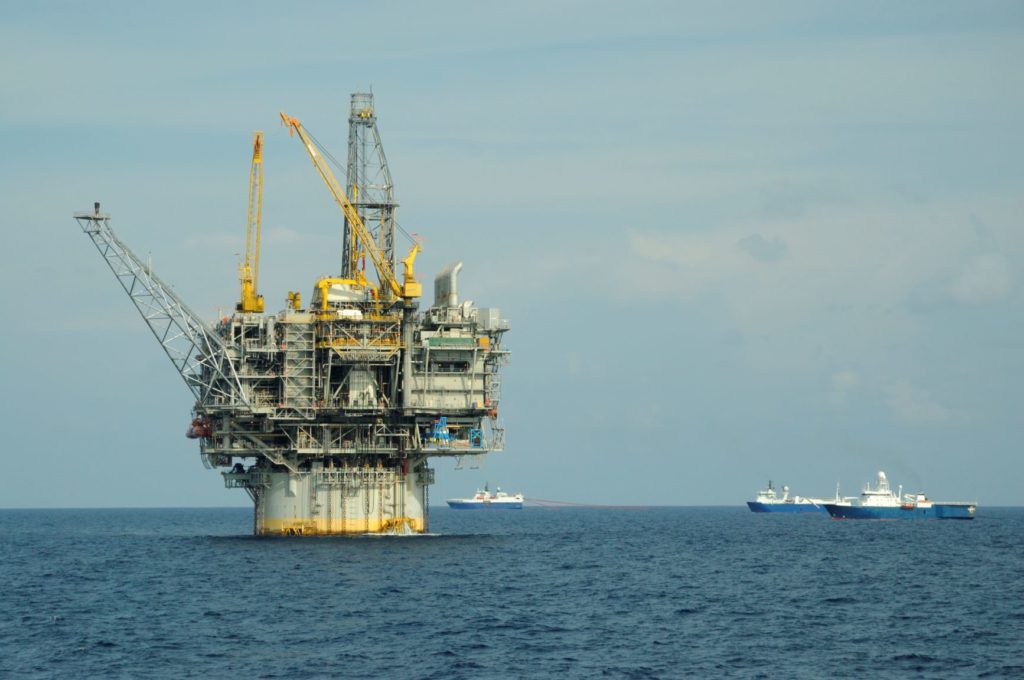 A spar production platform in the Gulf of Mexico. Source: Getty Images

On a day when West Texas Intermediate crude prices fell below the $22 level, marking an 18-year-low, the US Gulf of Mexico (GOM) lease sale drew just over half the usual number of bids.

A total of 22 oil and gas companies placed 84 bids at the offshore auction in New Orleans on Wednesday, 18 March. The last lease sale in August 2019 attracted bids from 29 companies on 151 of the available blocks.

International majors represented about 60% of the bids. The Bureau of Ocean Energy Management (BOEM), the federal agency overseeing US offshore auctions, said the regionwide lease sale generated just over $93 million in high bids compared to the almost $160 million raised in the August auction.

The most-aggressive bidder of the day was Chevron. Its 15 high bids committed more than $24.6 million to the untapped prospects. BP won 16 blocks for a total of $10.3 million. For the second auction in a row, BHP Billiton made the single-largest bid of $11.1 million for a block in the heavily explored Green Canyon area.

William Turner, a vice president at Welligence Energy Analytics in Houston, said there is little doubt that concerns over an oil price war and the impacts of the COVID-19 pandemic drove down interest in the auction.

“If we look back to the snapshot even a month ago, exploration activity and forecasts were on the upswing, development activity was picking up,” he said. “There was every indication that 2019 had represented the bottom in costs, the service sector—at least in deepwater—was bidding and winning work, and hiring. The industry was very close to turning the corner, post-2014 crash. These events pulled the punch bowl, before it even arrived.”

Turner added that a few notable names sat out the auction entirely, including Hess and Occidental, which acquired GOM-stalwart Anadarko last year. Hess bids at the August auction totaled almost $9 million and $24.5 million in the March 2019 auction. Anadarko, before it was acquired, spent over $23 and $30 million in the respective rounds. Fieldwood and Kosmos, two emerging independents, “are keen on building their positions in deepwater” but decided to sit this round out, Turner said. 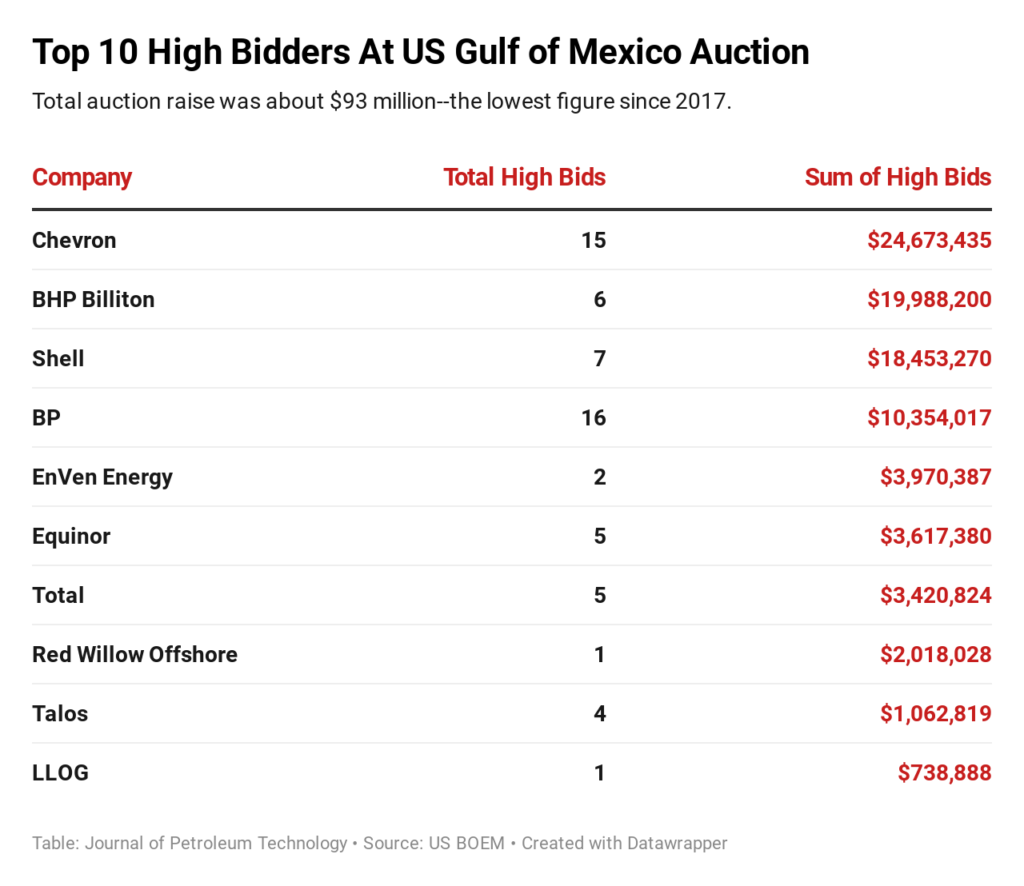 WoodMackenzie noted that it was the first time that the cumulative figure of the high bids was below $100 million since the US government began “regionwide” auctions in 2017.

Subject to final approval, the international consultancy concluded that the winners will also secure their blocks for a fraction of the previous bonuses paid for recently expired leases.

“A notable block was Garden Banks 963—a stone’s throw from Total’s North Platte project—which expired in October 2019. Total and Shell went toe to toe on that block, with Total winning it with a $1-million bid, a fraction of the $22 million that was paid to pick up the block in 2012,” the company said in a statement.

The auction shows that offshore companies are continuing to see safer investments in exploration areas that are close to existing platforms. WoodMackenzie pointed out that more than half of the bids were made on blocks in the “infrastructure-rich” areas of Mississippi Canyon, Green Canyon, and Garden Banks. These three areas were also the only to see competitive bidding.

BHP’s lone bid was for a block in the Green Canyon that is near the block it placed a high bid of $22 million on at the last lease sale.

“BHP also bid on a cluster of blocks in Alaminos Canyon to bolt onto its existing acreage in the region where it is currently evaluating results of the ocean-bottom node seismic,” said Mfon Usoro, a senior research analyst with Wood Mackenzie’s Gulf of Mexico upstream team.

She continued: “We think more lease sales are still in the cards, but higher oil prices will be required for bid amounts to climb back to historical norms. Otherwise this sale result will continue with even lower bidding activity.”