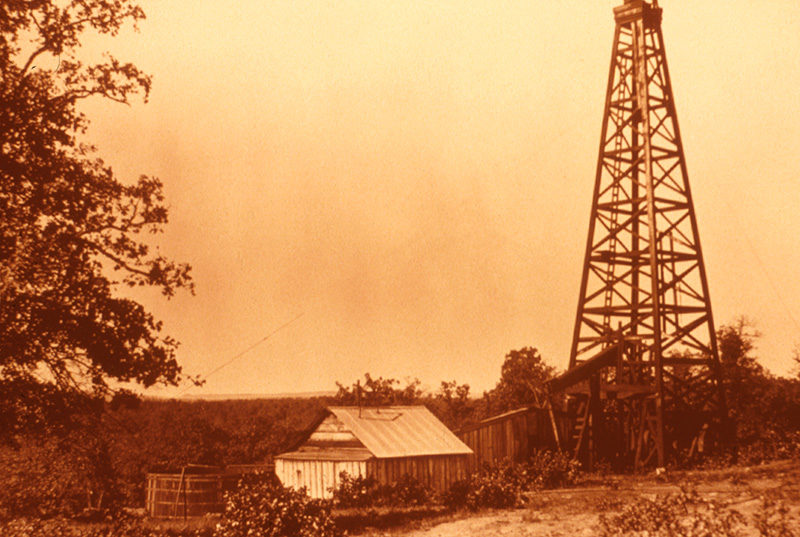 Oil producers have asked Texas regulators to consider bringing back the system created to end a supply glut during the Great Depression that crushed prices.

Chances are slim that this back-to-the-Depression idea will be approved by the Texas Railroad Commission. The chairman of the three-person board, Wayne Christian, issued a statement Friday detailing why he is against going back to setting and enforcing quotas, known as prorationing.

"First, Texas does not operate in a vacuum. If we prorate our oil, there is no guarantee other nations, or even states, will follow suit. From a practical standpoint, the Railroad Commission has not prorated oil in over forty years; we do not have staff at the agency with experience in this process and our IT capabilities to handle this process are limited at best,“ Christian said.

But one member of the commission, Ryan Sitton, tried Friday to convince the OPEC Secretary General (SG) that Texas producers could break their habit of constantly increasing their production, which forced OPEC plus Russia to limit their exports to keep prices up—until Russia recently decided otherwise and a price war began.

Sitton tweeted: “Just got off the phone with OPEC SG Moh Barkindo. Great conversation on global supply and demand. We all agree an international deal must get done to ensure economic stability as we recover from COVID-19. He was kind enough to invite me to the next OPEC meeting in June.”

His spokesman, Bryan Preston, offered no further details about the call by Sitton, whose term ends in January after he was defeated recently in the Republican party primary.

Christian said they had been asked to consider a return to production management, which ended back in the early 1970s. One thing they discovered was a lack of institutional memory.

“No one at the agency was around in 1972 that has done that. It is a kind of re-learning to fly type thing,” said Jason Modglin, the spokesperson for commission member Christi Craddick.

Commission members do recognize the threat faced by the state’s producers. Christian’s statement began saying that “prices have dropped to unsustainable levels that threaten the future of the Texas oil and gas industry.”

The same could have been said in 1929, when the stock market crash led to the decade-long Great Depression. That drove down demand as production was surging with big finds, particularly the East Texas Field.

A history of the Texas Railroad Commission described how bad things looked when the first proration order took effect on 1 May 1931.

“At this time the East Texas Field is producing one million barrels of oil per day, one-third of the national production, and the price of oil dropped to 10 cents a barrel. There was much unrest, with talk of threats of blowing up wells and pipelines."

In those days, before oil was found in Saudi Arabia, Texas played such a central role in world production that it could play the role as a precursor to OPEC.

Now Saudi Arabia and Russia are flooding the market with oil in a battle for market share that has crushed price at a time when the demand is rapidly falling due to measures introduced to control the spread of COVID-19.

The US is a major producer, with much of that oil from Texas, but it is also a high-cost producer of oil compared to Saudi Arabia and Russia.

Market observers predict US production will finally drop this year. Prices below $30/bbl have triggered a rapid move by US independent producers to reduce the number of drilling rigs and frac spreads.

This should reduce production later in the year because constant drilling is needed to make up for fast-declining older wells. If in the future, though, prices went back to $60/bbl, operators could just as quickly push it back up, if there are enough rigs and frac crews left to do the work.

The nature of shale production is quite different from conventional production managed using quotas.

The annual production from conventional wells is far more consistent, with modest declines, compared to Permian and Eagle Ford wells, where production drops of 50% are common.

Managing shale production would require limiting how many wells are drilled on private land, which would be the sort of government invention that made litigation a major part of the prorationing timeline.

The much-revised prorationing law says the legal justification for it is conservation of the resource. It offers a sound petroleum engineering argument that rapid depletion can reduce the ultimate production.

Last year, an editorial in The Dallas Morning News called for a return to production controls to limit the waste of the associated gas being flared when producing more-valuable oil at a time when there was not enough pipeline capacity to move the gas to market.

Modglin said that got the commission thinking about proratioing. Christian saw another solution. In February he said, “I truly believe much of our state’s flaring will be eliminated as we expand our pipeline capacity and export infrastructure for LNG.”