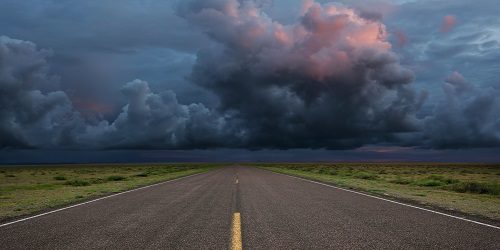 “Six to 22 months,” said Jarand Rystad, the company’s chief executive officer. That’s how long he expects the pandemic to be a major factor. Rystad presented three scenarios for the world to handle the outbreak: do nothing, manage the virus, and stop the virus. Doing nothing is not realistic, and it may be too late to stop the virus. Managing the virus appears to be the only viable option and, indeed, appears to be the route most governments are taking. That scenario is the one Rystad used to arrive at his 6-to-22-month conclusion.

Managing the virus means limiting people’s exposure and working to keep infection levels below the capacity of intensive care units. This is what will hit the oil and gas industry. “The war against this virus is all about stopping people from moving,” said Per Magnus Nysveen, Rystad’s head of analysis, “but that is also exactly the purpose of oil. So, it’s clear that the impact will be extremely painful for the oil markets.”

“We see as much as almost 10 million bbl [per month] already taken away from the global oil consumption. And this will only get worse through April,” he added. This is brought on, in part, by the decrease in air travel, which Nysveen said has resulted in the consumption of global jet fuel shrinking by 2 million B/D. The usual summer peak, he said, will not happen.

Rystad has used real-time traffic monitoring to see that global road traffic, too, is decreasing as congestion drops to record lows. That will become more dramatic in the coming weeks, Nysveen said. Global road fuel consumption (gasoline plus diesel) is, on average, 50 million B/D per month, he said. “Now, we see that is dropping to 45 million B/D.”

All other petroleum liquids consumption could be down more than 3 million B/D in April, Nysveen said. “This is much less impacted because this is not for transporting people, but it is impacted by the general loss of economic activity.”

Nysveen said he sees dire times for exploration and production (E&P) companies, which could see their cash flow drop toward zero if the oil price stays around $30/bbl. “This is probably where we are headed,” he said, “at least during the coming month. It will be extremely hard for E&P companies to show any cash flow in the coming months.”

Shale oil, especially, will struggle, but the effects may be delayed, Nysveen said. “For 1 week, we thought that actually fracking activity could continue for a couple of months,” he said. The current pricing regime, however, has changed his assessment, suggesting that the industry will see many try to get out of contracts for hydraulic fracturing. “But we will see fracking in April,” he said. “In May, we will start to see less fracking. And then it takes 2 months, actually, for the production response to this. So, if fracking is significantly lower in May, we will not see a response in production before July.”

Rystad pointed out, however, that, with a decrease in oil production, comes a decrease in the production of associated gas. “With the collapse of shale production next year that is likely to follow from the collapse of investments in shale this year, you also have much less associated gas,” Rystad said. “You have seen, in some places, that there has actually been a negative correlation with the oil price and the gas price. With the oil price collapsing, a lot of production will automatically collapse. So, this could be a more positive signal for gas even if you will have some decline in power consumption.”

The service industry also will be hit hard, Rystad said. “It’s really kind of a depressing situation for the service industry,” he said. He added, however, a bit of an optimistic view. “I think the service market is going to see a big boom again, and that boom is likely to start in the summer of 2021,” he said. “So, if you are able to mothball completely your business to maintain the good capacity but to spend as little as possible and to basically bring the people back—I don’t have the answer of how this could be done—but then I can promise that it will be a good market again, sometime in the future. … but it is going to be really a deep tunnel you have to go through.”

Rystad said he sees this virus continuing for at least a year, but he said he sees light at the end of that deep tunnel. “After 18 to 24 months, you are suddenly getting a gap [in production], and that will be at approximately the same time as demand is starting to come back in the world. … Then there will not be enough oil in the market, most probably, and you will have a very high oil price. So, we are going to go into a bust and then a boom market.”