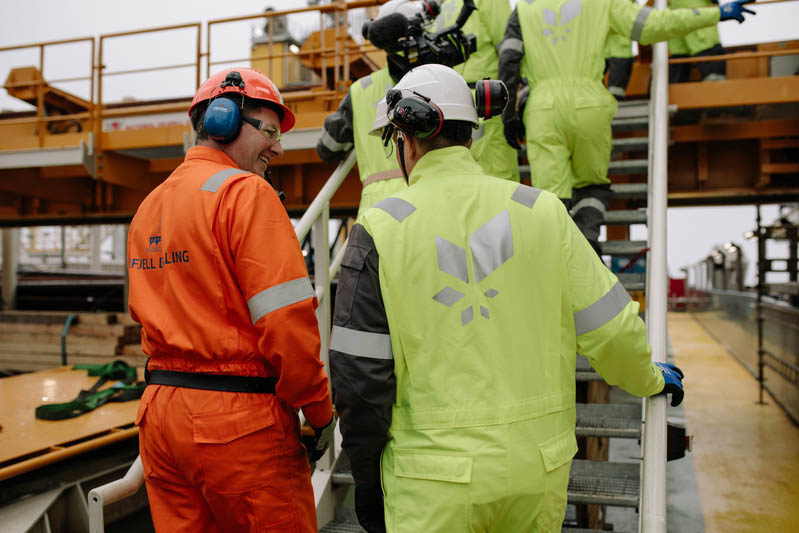 One million jobs will be lost in oilfield services according to a prediction by Rystad Energy.

That impossibly large-sounding number represents a 20% reduction over the next year, compared to the 30% cut after the 2014 crash, according to estimates based on databases used by the Norwegian data and consulting firm.

Cuts this time around are going to be harder to make because the job totals now are around the level they were when they hit bottom after the last crash, which cut the total from 7 million to 5 million, Rystad said.

While there was some hiring back in 2017, it was offset by job reductions over the past year. By year-end 2020, Rystad expects 4 million workers in the sector.

Another round of reductions by retirement are likely. “Workers have gotten 5 years older [since 2014], many would like to go for their pension, so there is some room,” he said.

On the plus side, “Many cuts this time around are going to be temporary due to Covid-19 measures taken by companies.”

Among those with worries are contractors working for oil companies and third-party providers to those companies.

ExxonMobil told contractors and vendors about its near-term plans to cut project spending but said decisions were not yet final about the continuing work status of those providers. Abu Dhabi-based ADNOC also sent notices to its contractors and suppliers that it is reviewing existing deals and looking for savings, according to Reuters.

In an industry where capital spending reductions by oil companies of 30% or more are common, job cutting is the next step. The biggest losses are going to be at the companies providing services and supplies.

When executives with oilfield service companies in and around Texas were surveyed, 37% of them expected employment levels to “decrease significantly.” In contrast, 15% of the exploration and production (E&P) executives expected such deep cuts, according to a recent survey by the Federal Reserve Bank of Dallas. About 30% from both groups expected slight reductions.

The first hit are crew members on drilling rigs and frac spreads as E&P companies drastically slow onshore shale activity in the US and Canada.

“In the US Lower 48 market, we are already seeing major pricing concessions. Some pressure pumpers have reduced prices by as much as 20%, while rig rates have dropped by about 15%,” said Mhairidh Evans, principal analyst in Wood Mackenzie’s upstream supply chain research team.

But after years of intense pressure to hold down prices, service companies have little to give.

“Stretched balance sheets and low margins were still commonplace for the service sector coming into 2020. Companies had already cut so much, it’s hard to identify further savings without drastic measures. This includes refinancing and the restructuring of business models. Headcount cuts and bankruptcies are inevitable,” Evans said.

Schlumberger said it would be cutting its capital spending by 30% from last year, according to a presentation this week, which was posted on its website. The company said it would be “accelerating North American land restructure and personnel/compensation reduction.”

The company did not specify how that would affect workers. A Schlumberger spokesman, Scott LaBelle, described the North American land business as a “very dynamic situation” as customers lower their spending plans. “We will continue adapting our field crews to activity as our customers’ plans materialize,” he said.

Schlumberger and Halliburton said in their year-end earnings calls that their fracturing units would likely be shrinking as they avoid taking money-losing work.

The job prospects for those working in Texas and nearby states were bad last year, and have gotten considerably worse this year, according to the Federal Reserve Bank survey.

After years of job cuts, there are plenty of people talking about the lasting cost of this painful process. But at the moment, many employers have a powerful incentive to cut.

When executives from Texas and some nearby states were asked how long they could survive if the oil price remains below $40/bbl, nearly 40% said their limit was from 1 to 2 years.

That is likely to be shorter than the duration of this oil-price slump, which is forecast to stretch into 2021.

The world’s largest private trader of crude oil said on 25 March that global demand dropped by around 20% since the start of the year. Russell Hardy, the chief executive of Vitol, explained in a Bloomberg interview that orders for crude have dropped by 15 to 20 million B/D. “Demand is down significantly,” he said, adding that it will be “down for a decent period of time.”

Daniel Yergin, vice chairman of IHS Markit, and Roger Diwan, the vice president of IHS Markit, coauthored a column in The Washington Post on 24 March that cast a similarly dire outlook.

“The oil business is caught up in a double crisis. There are the damaging economic effects of the pandemic, with demand plummeting, but oil is also being battered by an all-out battle for market share and by surging production, which is driving prices further down,” they wrote.

The situation will test lending markets that are holding large debts owed by oil and gas companies, the analysts predicted, adding that a “hammer blow” could be dealt to many of these firms over the next several weeks as crude markets face the largest oversupply in history.

Hardy also pointed out that oil companies and crude traders are finding less available storage and that attempts to find more may “hit a wall.”

This huge supply of oil in the market, which can be quickly delivered to market, is likely to continue to hold down prices into 2021. It will take a long time to draw down the oil in storage. It will be sold when prices rise enough to turn a profit, but as long as the price war and the economic slowdown continue, demand will be limited.

Schlumberger’s presentation said its “resources and capital will be focused on resilient international basins.”

Nearly everyplace in the oil-producing world has been looking better than the North American shale sector, which was suffering before the recent turn to the worse.

But it is hardly the only place where putting people to work by finding and producing more oil does not look profitable enough for investment of billions of dollars.

The range of losses shows that while Russia, Saudi Arabia, and some other Middle Eastern countries can make money at these prices—some of which hold the resilient basins mentioned by Schlumberger—many projects cannot clear that hurdle now.

“Even more capital discipline from operators will reduce demand significantly in 2020. Whether offshore or in the Lower 48, only a handful of major projects are expected to move forward this year,” Evans said.

The first to get nixed are new field development projects. That lost work “will have a serious impact on the supply chain,” she said.

“We had forecast growth in the floating production systems (FPS) market for 2020 with up to 18 new contract awards. Now we expect only a handful to go ahead.”

The result will be an FPS market down to levels last seen in 2015 and 2016—in a year when the firm expects a 25% reduction in upstream capital spending. Most of the drop will be due to reduced activity, as well as some price reductions.

Failure to approve projects this year—in better times, Rystad predicted $191 billion in approvals—will have a lingering effect. “In 2021 we think the downside is more toward offshore, as they work through their backlog now and win very little new work now in 2020,” Martinsen said.

As bad as it is, this is not going to last forever.

“As we move into the second half of 2021, with better market fundamentals and a fading COVID-19, recruitment is likely to pick up in the shale sector and from 2022 will also kick-off in the offshore sector,” Martinsen said.