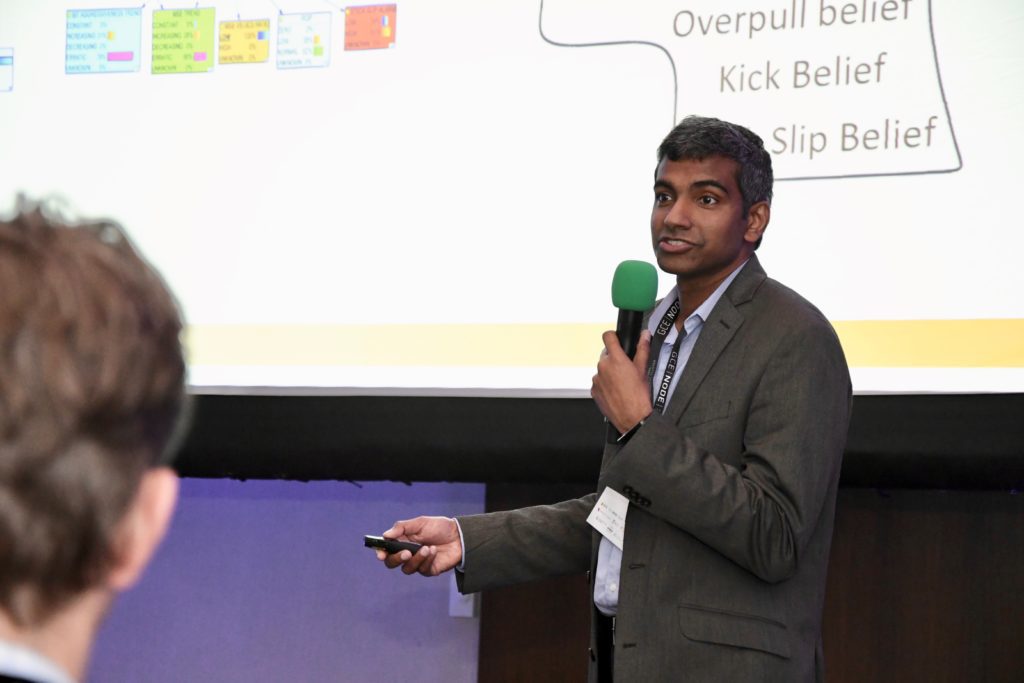 When ranking drilling skills, job coding is going to be low on the list.

Still, it is required to track work in the daily drilling report, which has become a valuable repository of information for those sifting through thousands of memos searching for little slices of nonproductive time to eliminate from future jobs.

Each activity on the daily drilling report requires the knowing and understanding of more than 100 numerical activity codes, plus additional subcodes. The fact these systems vary among operators increases the chance of errors, said Pradeep Ashok, a drilling research scientist at The University of Texas at Austin (UT), who is one among those looking for ways to automate the analysis.

“In a $32 oil scenario, the operators have to figure out where the inefficiencies are. Accurate coding is a means to understand what processes are taking more time than they should,” Ashok said.

Inconsistent coding bedevils those doing analytics because “you will get bad data in.”

Teaching busy drillers and company supervisors to code better was not an option for Ashok: “I do not know how to train every drilling hand and supervisor to use them all”.

So, the scientists in the RAPID drilling automation program organized a group including students that created a program using advanced analytics that learned to quickly identify telling words and phrases in the memos and select a suggested code for the person typing that memo.

The starting point was 23,737 drilling activities memos from 150 wells contributed by Occidental Petroleum. The group used two-thirds of them to train the program and tested it with the rest.

The team tested several analytical methods, choosing one called logistic regression because it is faster and required less memory than alternatives, Ashok said.

They went through multiple steps to ensure the machine zeroed in on words most related to coding and that it could recognize various forms of those words—such as running and ran. It also needed to be able to convert them into numerical form.

What resulted was a program that offered suggested codes to drillers as they typed a memo. They appear like the suggestions offered by Google when a user is typing in search terms. 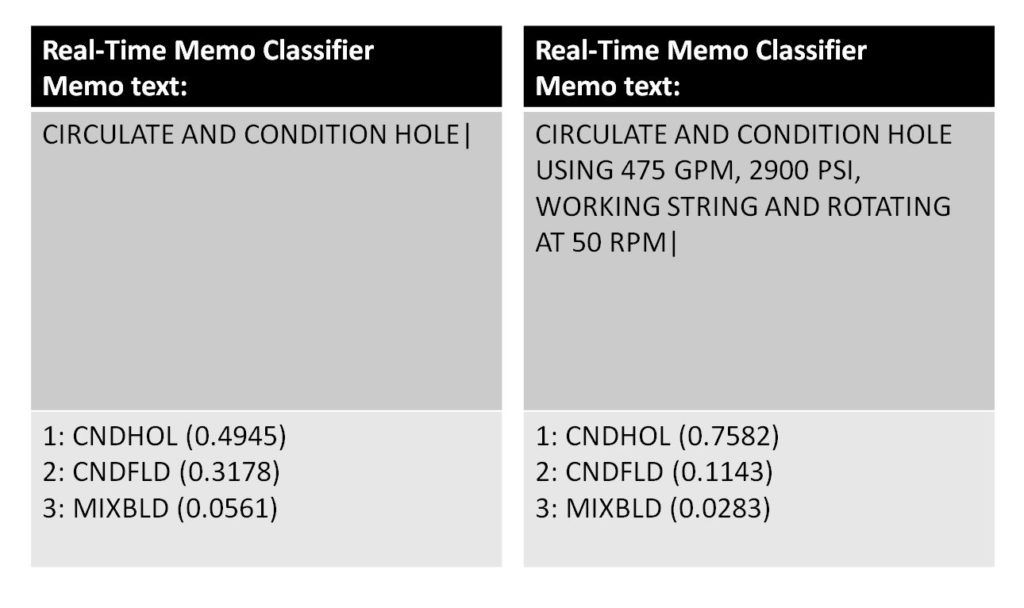 A graphical user interface showing coding suggestions that appear as a driller writes a memo for the daily drilling report. Source: IADC/SPE 199593

In an example in the paper (IADC/SPE 199593), three possibilities popped up, beginning after the driller has typed five words or so. They are ranked based on an estimate of how likely they are to be correct.

“The multiple options are an aid to help the driller or company man put in more accurate data,” Ashok said.

For example, better coding could allow an operator to identify things that are slowing tripping, he said.

When the coding choices of drillers and the machine were graded by several experts, driller choices were right 82% of the time, while computers suggested correct results 94% of the time, according to a paper.

This paper comes at a time when there is growing interest in better coding in drilling reports, which are increasingly being converted into digital form.

A group of operators have been working with the International Association of Drilling Contractors to create an updated reporting system for daily drilling reports.

Ashok said they do not plan to turn this research project, paid for by backers of RAPID—which include large service companies and drilling contractors—into a commercial product. But he said the university is not going to stop someone else from doing so based on methods outlined in the paper.

“UT is not patenting it, so anybody can take the methodology and build their own software package,” Ashok said.