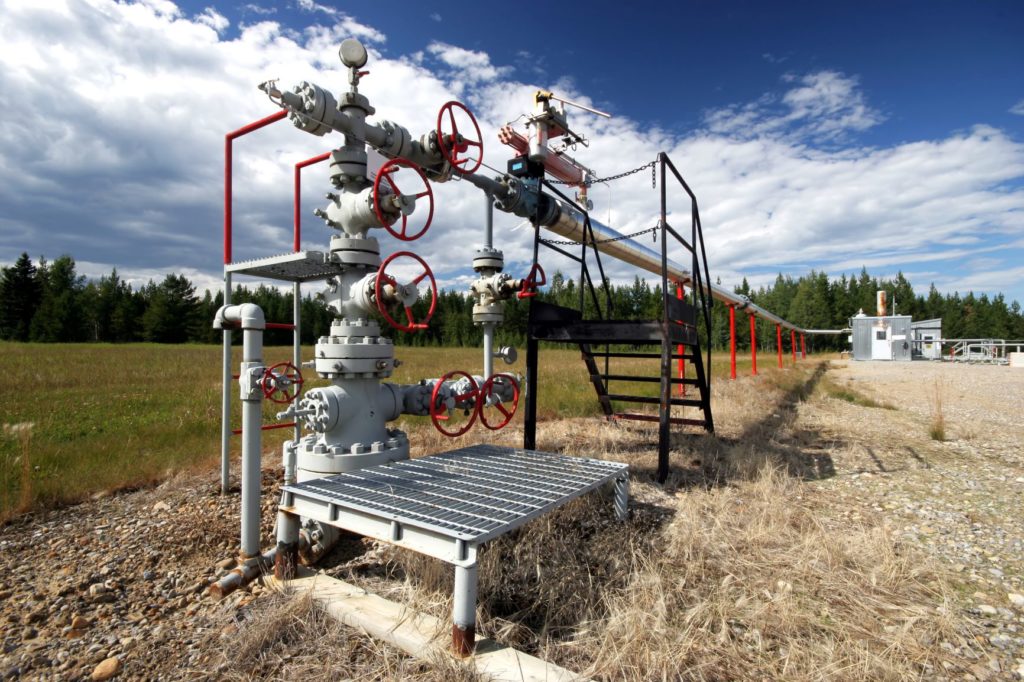 The plunge in oil prices added to the already intense pressure on shale oil producers to slash spending on drilling and completions to cut their losses.

For those with companies producing natural gas, it could be really good news.

For years they have been stuck in a lingering slump as rising oil production in the Permian and other large oil-producing shale basins also produced enough oil with associated gas to glut the US gas market and drive the growth of liquefied natural gas (LNG) exports.

Rock-bottom gas prices have not been a concern for oil producers who made money on oil when the price was above $50/bbl. If they could sell the gas to a pipeline, it was a little extra revenue, and if not, flaring the gas had little impact on the bottom line.

Those who live and die on the price of gas in the Marcellus and the Utica Basin survived by cutting costs and production.

A sharp slowdown in drilling in those oil-producing plays could cause a quick reversal of fortunes, pulling enough gas off the market to push up gas prices, according to two oil data firms and the US Energy Information Administration (EIA).

“Roughly speaking, for every 500,000 B/D of oil production drop, we see associated gas volumes fall by about 1 Bcf/D. Considering the depth and duration of the global oil situation, we could see an 8 Bcf/D reduction in associated gas,” said Narmadha Navaneethan, director, North America upstream research for IHS Markit.

This decline is just beginning. The EIA predicts monthly production will fall from 94.4 Bcf/D in March to 87.5 Bcf/D in December. The unknown variable then becomes whether the winter will be warm again.

While it normally takes about 6 months for oil producers to reduce production after a sharp price drop, the EIA noted companies reacted faster than usual this time around.

Big gas producers have said little publicly about the possibility of a significant dip in the supply, but they seem to have taken notice.

In an update on its lean budget—down 40% from last year—Range Resources said, “We see the potential for meaningful improvements in natural gas and NGL [natural gas liquids] pricing as significant reductions in energy investment across  US  shale are occurring.”

So far natural gas prices have not offered any reason for Range or other gas producers to say much or spend more.

The current benchmark US price is $1.81/MMBtu, or 10 cents above the March average price level that prompted gas producers in the Marcellus and Utica to reduce their output by 0.5 Bcf/D, according to data from Enverus. Futures contracts show traders expect gas prices to exceed $2/MMBtu in July and top $2.70 in December.

The price fits into the range in the outlooks. The EIA expects an average this year of $2.11/MMBtu, rising to $2.98 next year. Enverus is expecting a gas price “north of $4/MMBtu” going into 2021. The IHS Market summary did not make a prediction.

There some iffy assumptions required to predict prices. One is whether oil prices level in the future. The decline in associated gas production is going to be greater if the oil price per barrel remains in the mid-$20s than if it recovers to the mid-$40s, according to an Enverus analysis.

The EIA outlook calls for oil prices in the mid-$30s this year and the mid-$40s next year.

Demand predictions are tricky because the global recession was caused by a sudden slowdown due to the reaction to a pandemic, which is new territory for economic modelers.

Gas use is expected to be lower this year compared to last year because the past winter was warmer than average, and the economic slowdown will mean industrial gas use will not grow as previously expected.

Another positive side to the reduction in associated gas production is that a lot less gas is likely to be flared.

The amount of gas burned started sinking before the oil price crash as drilling slowed and more gas pipelines came online. Rystad estimated gas flaring in the Permian will be dropping sharply this year.

“We expect a quick slowdown in total wellhead gas flaring throughout the remainder of this year of around 40%, from 550 MMcf/D to 330 MMcf/D,” said the report from the data and consulting firm.

This is expected to exceed the reductions after the 2014 price crash when investors continued funding oil-shale growth. That financial support is not there this time, so flaring could drop to levels last seen in 2012.

(A note on flaring: Because reporting is slow, widely varying estimates are common. IHS Markit put Permian flaring at 1 Bcf/D.)

Flaring has been a point of contention. A survey of oil executives found it is the top environmental concern for investors, according to a survey of industry executives by the Kansas City Federal Reserve Bank.

The amount of gas burned is highest in growth areas, where connections to gas-gathering lines lag behind well completions.

Pipeline capacity may also determine how eastern US gas plays can benefit from reduced production from plays in Texas and other western states.

If gas prices double, well owners will have an incentive to connect wells to gathering lines as they come on. The added demand might also revive drilling in moribund gas-only shale plays near the US Gulf Coast, from the Barnett Shale near Fort Worth, Texas, to Alpine High in the Delaware Basin of the Permian.