Negative US Oil Prices Could Return in May 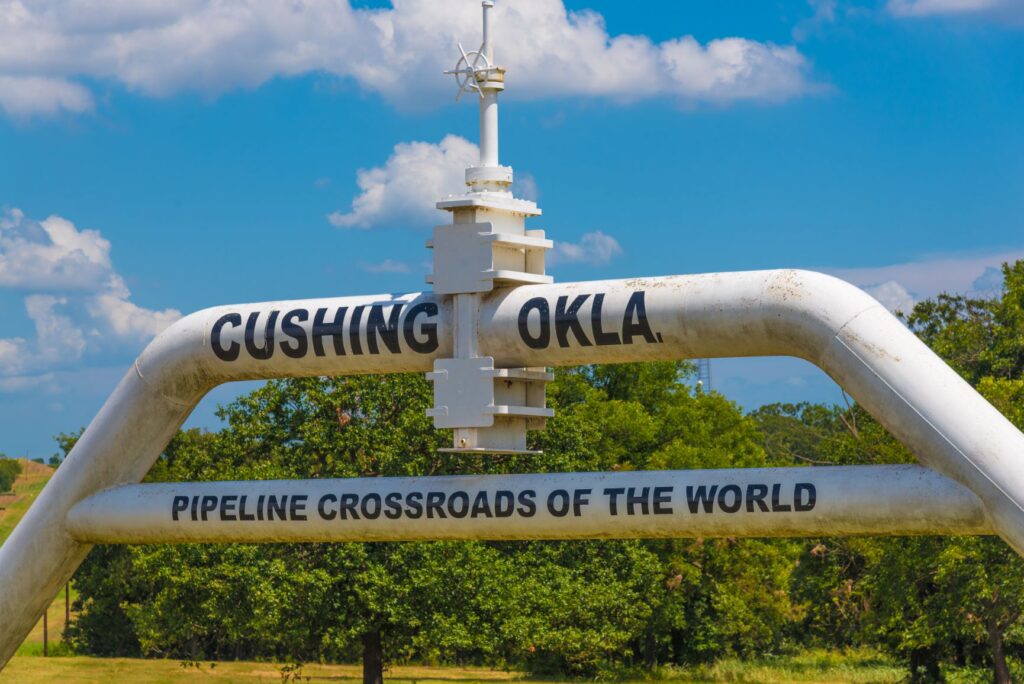 The oil tanks in Cushing, Oklahoma, have a maximum capacity of about 91 million bbl. They are on track to fill up by May. Source: Getty Images

On Monday (20 April) the world watched US oil prices sink from the previous trading day’s high of $18 to an unprecedented low of -$37. The sudden crash came as oil traders came around to the fact that storage for crude is running out in places such as Cushing, Oklahoma, where prices for West Texas Intermediate (WTI) are established.

Those holding futures contracts for oil, but no physical location to store their orders, raced to find a dwindling number of purchasers with storage—sending WTI into negative territory for the first time ever.

“Unfortunately, because storage is starting to run out in the US, I think we can expect to see a similar price crash around 19 May,” if not enough production is shut in, said Christopher Page, a senior analyst of oil market research at Rystad Energy.

He added that it does not appear that China nor the US have enough available storage to absorb the world’s current rate of production. At current rates, Rystad predicts that the world’s 400 million bbl of crude storage is just 2 or 3 weeks from effectively topping out. This means global crude prices will remain depressed and volatile in the coming weeks.

Watch the full interview to learn how Rystad sees the situation affecting current production and shut in decisions in the US, Russia, and Saudi Arabia:

Negative US Oil Prices Could Return in May