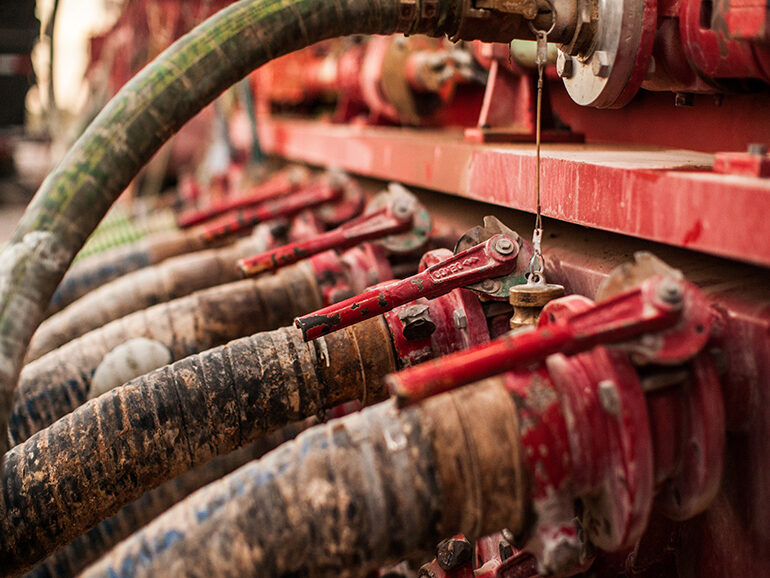 The Permian Basin is expected to see “little to no” hydraulic fracturing activity in May and July. Source: ProPetro

The shale sector’s latest bust is driving many oil and gas operators in the most-active unconventional basin to stack rigs and fracturing crews as quickly as they can. However, new data show some companies in the Permian Basin of Texas and New Mexico have not felt the same urgency as their peers.

In the month of April, the US oil rig count has dropped by 246 to a total of 378, marking the deepest monthly cut seen since January 2015. Per the latest Baker Hughes rig count issued Friday (24 April), the number of active rigs in the Permian fell by 37 over the week to 246.

These figures come from Energent Group in Houston which is among those using satellite imagery to track onshore activity to overcome the long lag times of relying on regulatory filings. The market research group said on Friday that it expects to see a dramatic fall off in completions activity over the course of April.

“We’re anticipating somewhere between 2 and 3 million horsepower of supply to be stacked in the Permian in the first half of this year” said Jonathan Clark, a research analyst at Energent. “We are also seeing little to no frac activity in the second quarter of this year, as well as expecting the same as we move into the summer months.”

Highlighting the negative impacts to service providers and suppliers, Energent also found that the level of completions will be too low from May to July to drive demand for sand, water, or chemicals.

By the end of March—3 weeks after US crude prices had fallen by more than half—all Permian producers were sending large numbers of pressure pumping units back to the yard.

Except for the biggest companies in the region.

Luke Smith, an analyst at Energent, noted that ExxonMobil has cut its production target for 2020; “However we’re not seeing that yet” in the March completions data. The same is true for Chevron. “We don’t see any sort of pullback in activity,” in terms of fracturing activity, Smith added.

Shell, ConocoPhillips, and BP all have smaller footprints in the Permian. While each operates fewer than five fracturing fleets, they similarly did not show signs of a major retreat from completions operations in March.

For Chevron at least, a moderate slow down is coming into view. The major filed only 67 new drilling permits in the first quarter of this year compared to 85 in the previous quarter.

“One area where we do see activity cutting back is with the independents,” said Smith, adding that the biggest drawdowns came from Diamondback Energy, EOG Resources, and Parsley Energy. Each company exited March with five or fewer completions crews.

Diamondback is one of the only companies that has declared it would stop completing new wells for a month, starting in April, when it revised its capital spending plans a few weeks ago.

“And it really looks like they’re making good on that,” said Smith, who said the initial April data show more Diamondback crews being stacked. He added that the latest data also show that EOG is further reducing its fracturing crews. “That’s quite significant because it is one of the larger operators in the Delaware Basin.”

Moving slowest to curtail new well completions among the large independents are Devon Energy, Pioneer Natural Resources, and Concho Resources. Pioneer and Concho were each running at least 10 fracturing crews in March while Devon maintained more than 5 crews.

Cuts Are Trickling Down

Energent’s satellite data also revealed equipment yards across the Permian are getting crowded. Smith shared that laydowns of similar intensity have been observed at equipment yards owned by Halliburton, Schlumberger, Liberty Oilfield Services, and ProPetro.

Since the start of March, Halliburton has stacked between 12 and 14 pressure pumping fleets at one of its largest yards in the region. Energent estimated that by the end of last year Halliburton had about 24 active fleets in the Permian, meaning the single facility is hosting about half of its available horsepower for the region.

“For some of these companies like Halliburton it’s going to hit hard because they have essentially a third of their US-onshore fleet in the Permian,” said Smith. “Then you have companies like ProPetro who have their entire fleet in the Permian.” ProPetro is among the most distressed oilfield service firms in the shale sector and this week announced layoffs of more than 560 employees from its hydraulic fracturing business.

The rapid decline in activity is trickling down to every corner of the business. Aside from pressure pumping units, Energent is seeing coiled tubing and wireline units returned to yards at a fast pace. Sand suppliers are feeling the squeeze too.

“The number of mines that have been idled or are operating intermittently has jumped,” to a total of between four and five, said Clark. These in-basin Permian mines represent 38% of the region’s total supply, or about 25 million tons of sand annually. “So that’s pretty alarming,” he added.