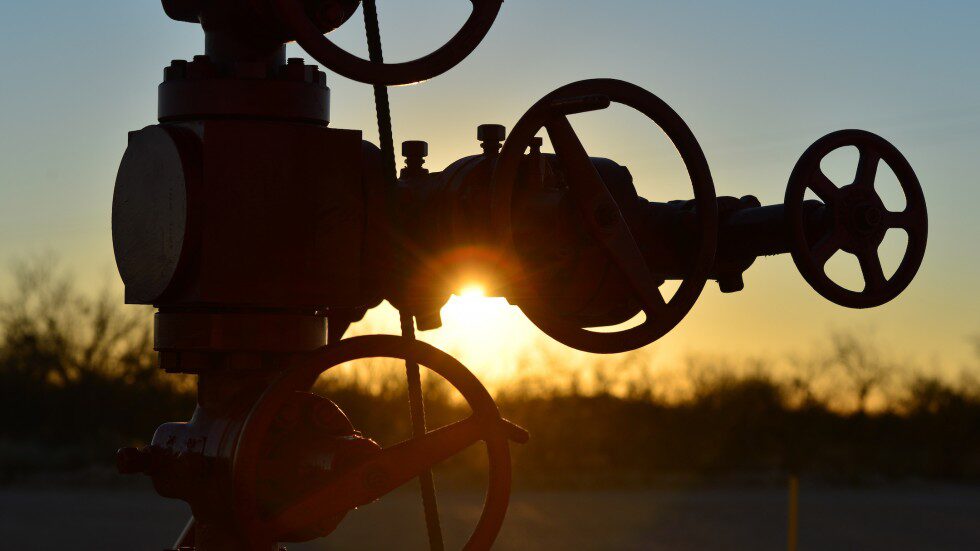 A wellhead in the Permian Basin. Source: ConocoPhillips

Shutting in wells for any reason has a risk of diminished flow when the wells are restarted. The entire flow system from the formation to the off-take mechanism should be considered. Some systems, such as high-pressure dry gas, may accept a simple valve closure as a shut-in without much restart risk, but other wells may be much more sensitive. The restart risk rises when produced fluids in the wellbore separate and gas pressure builds sufficiently to push the wellbore liquids back into the producing formations. Depressuring a static liquid column in the wellbore can result in organic precipitates, sludges, and emulsions with components such as CO2 and iron-rich waters acting as catalysts for creating or stabilizing the emulsion products. These reactions are problematic when confined to a static column, but the risk of creating flow-blocking mechanisms rises sharply if the liquids enter the matrix and mix with connate fluids. The following discussion focuses on well shut in and startup results encountered in several basins around the world, both onshore and offshore, and highlights methods of estimating risk based on well and produced fluid characteristics.

Some well-flow conditions raise the risk of blockage:

Another important aspect that impacts the efficient performance of the asset’s surface facilities is the gathering system status and the particular conditions of associated production equipment. Detailed assessments should include investigating key items such as well/network routing, life of field, current field conditions, systems that will be impacted with well shut-ins, turndown requirements, chemical requirements, power requirements, and maintenance requirements, just to name a few. This should include considerations for the following:

Existent surface facilities might be underutilized, oversized, or can be constrained at the current operating conditions. Determination of the excess capacity and the optimum way to route the produced fluids is of high importance to reduce spare or unnecessary capacity and minimize operating expenses. Several actions can be taken to accomplish this objective: