Oil and gas companies in the hard-hit North American market are announcing new downsizing figures as they cope with a historic collapse in crude prices.

Murphy Oil is the latest operator to announce significant layoffs and the closing of offices. Casualties include the company’s legacy headquarters in the small town of El Dorado, Arkansas, which was home to 80 employees. The firm’s longstanding office in Calgary will also be eliminated, along with 110 employees.

In addition to unconventional projects in Canada and the US, Murphy operates and has working interests in Latin America, Asia, and Australia. The management of the entire global asset base will be consolidated at the company’s existing office in Houston.

“We realize, reluctantly, that we need to consolidate our offices to capture additional cost savings to remain competitive in this unprecedented industry environment. We simply do not have a choice and came to this decision only after exhausting all other cost-saving measures,” said Claiborne Deming, the chairman of the board at Murphy.

He added, “The El Dorado office closure is particularly painful and difficult, because the company was founded here by C.H. Murphy Jr. and has been an integral and important part of the community for many years.”

The market rate for US regional benchmark of West Texas Intermediate (WTI) is up from last April, which saw the first-ever day of negative pricing. However, WTI has only momentarily traded over $25 in the first week of May, which remains about half of the so-called break-even price for most shale producers in North America.

Marathon Oil is among those being forced to address the low prices by trimming general and administrative costs. Last week, the company said its layoffs included 200 employees, or about 10% of the company’s total headcount at the start of the year.

Many of the cuts were made at Marathon’s headquarters in Houston. The company noted that the reductions focused primarily on non-operations and support staff. The bulk of Marathon’s operations are in US unconventional basins in Texas, Oklahoma, and North Dakota.

“Marathon Oil confirms that it has made the strategic decision to reduce its organizational footprint in response to extremely low commodity prices and much lower oil demand due to COVID-19,” the company said in a statement. “As a company, we’ve dramatically cut our 2020 capital program, reduced activity across our US operations, and completed other necessary cost-cutting measures.” 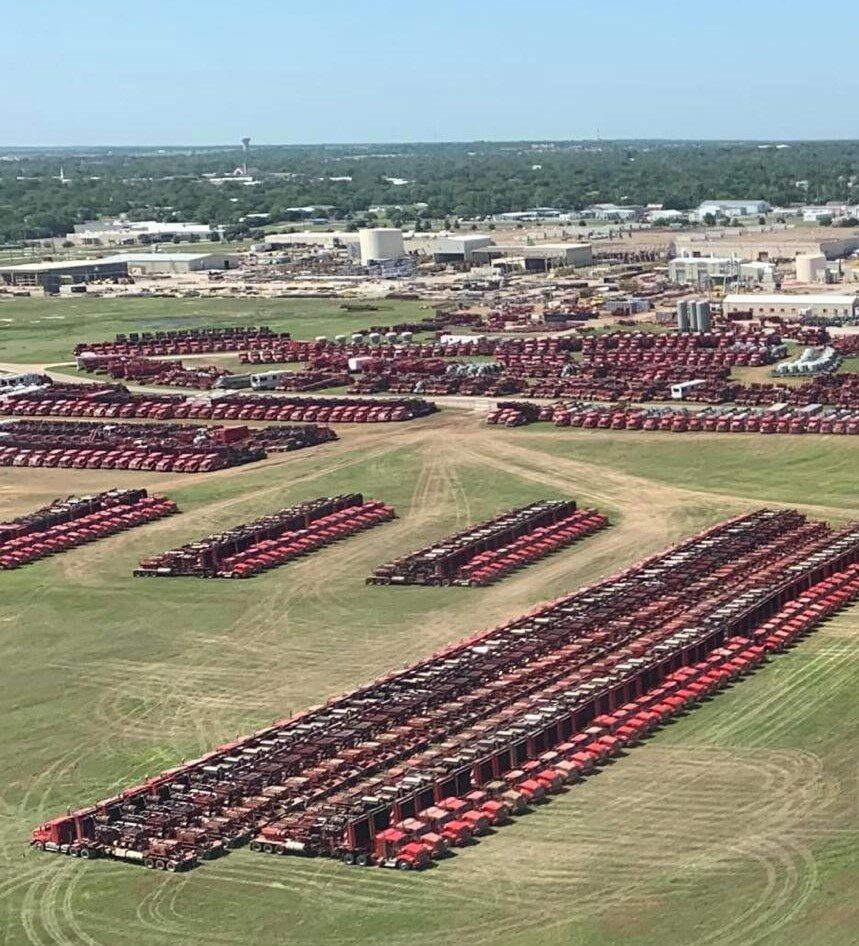 As producers hunker down, the biggest recent moves to downsize have come from the service sector which is suffering from a dramatic drop in drilling and completions activity.

Halliburton appears to have already let go several thousands of workers. It began this year reporting a workforce of 55,000 but in its latest regulatory filing in April the company said its headcount was around 50,000.

The service company confirmed this week that it laid off at least 1,000 employees at its international headquarters in Houston. The campus was home to as many as 3,500 executives, scientists, engineers, and support staff.

“The reductions are in addition to layoffs across the company’s global operations,” the company said in a press statement. “These actions are difficult but necessary as we adjust our business to customers’ decreased activity.”

The cuts come after the company let go hundreds more across regional hubs elsewhere in Texas and Oklahoma.

After 87 years of continuous operation, Halliburton’s east Texas outpost in Kilgore was shuttered along with more than 230 employees. Over 500 layoffs were shared between Halliburton facilities across Oklahoma.

In mid-April, Houston-based Weatherford International began cutting 6,000 workers from its global workforce of about 24,000. The 25% reduction in force was accompanied by executive pay cuts and furloughs and pay cuts for remaining personnel in the US and business units elsewhere.

NextTier—the byproduct of a 2019 merger between Keane Energy and C&J Energy Services—reduced its workforce by more than 1,100 last month and is expected to make more cuts in the coming weeks.