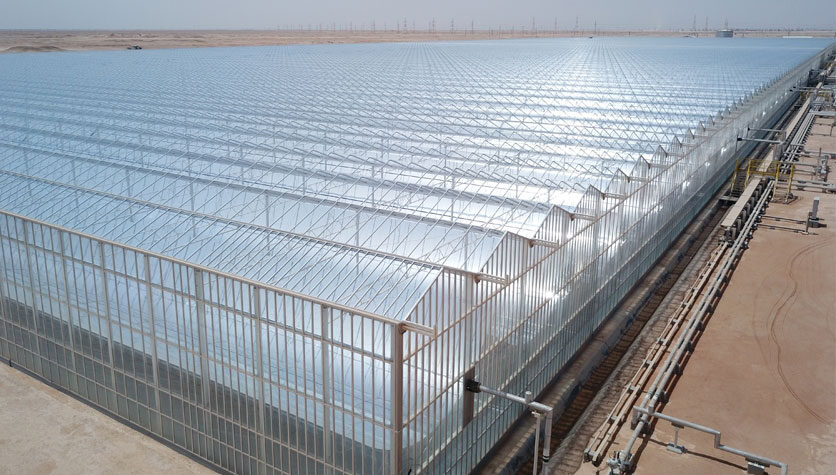 The glass greenhouses in Oman represent the signature innovation of the solar-to-oil company that is now out of business. Source: GlassPoint Solar

The idea was to take advantage of the coexistence of heavy oil beneath the ground and the bright sunshine above it. Instead, GlassPoint Solar has become another casualty of the upstream industry’s most recent price crash.

The Omani government—GlassPoint’s largest investor—issued a statement on Sunday (17 May) confirming that it liquidated its 31% stake in the company. The move effectively shuttered the Silicon Valley company that has received an estimated $130 million in funding since it was founded in 2008.

“The liquidation decision of GlassPoint Solar comes after the steep fall in oil and gas prices caused by the global economic slowdown in the wake of the coronavirus pandemic and its negative impact on business across the globe, especially on hydrocarbon producers, travel, and hospitality businesses,” read a statement issued by the Omani Ministry of Finance which oversees the state’s strategic investment portfolio. The statement added that some of the current investors have expressed interest in purchasing GlassPoint’s intellectual property.

Other major shareholders included the national oil company Petroleum Development Oman (PDO) and Shell which has been a minority investor since 2012.

For oil and gas companies, the attraction to GlassPoint was its promise to replace natural gas and enable a lower-carbon footprint for steamflooding operations—one of the most-expensive and large-scale approaches to enhanced oil recovery (EOR).

GlassPoint’s technology platform remained largely the same since the company was founded in 2008. It specialized in suspending large, curved mirrors inside agricultural greenhouses to focus sunlight onto pipes flowing with produced water. The heat boils the water into steam which is then fed into a heavy-oil field’s steamflooding distribution network.

The first and only major project to use the approach is PDO’s Miraah facility which cost around $600 million to build in 2017. The facility, which will continue to operate, generates more than 1 MW of electricity and 6,000 tons of steam per day. PDO estimates the 2 sq km solar field saves the company 5.6 trillion BTUs of natural gas and 300,000 tons of CO2 emissions each year.

The pandemic might have dealt the final blow to GlassPoint but signs of trouble emerged well before countries around the world issued lockdowns and stay-at-home orders.

Last September, it was reported that GlassPoint was scaling back its second marquee project and required additional financing to begin constructing what had been billed as the largest solar facility in California.

Known as the Belridge solar plant, the proposed 770-acre solar facility was initially expected to break ground in 2018 and begin producing 12 million bbl/year of steam by early 2020. The now defunct project would have been used for steam injections at a heavy-oil field operated by Aera Energy, a joint venture owned by Shell and ExxonMobil.

Critics of GlassPoint’s approach—which include other renewable technology developers—have claimed that the use of glass enclosures means mirrors, or collectors, are often placed closer together than would otherwise be optimal. The closer the collectors are, the more of a shadow they will cast on each other and lower the system’s overall energy efficiency.

Additionally, some percentage of the sun’s energy is absorbed by the glass before hitting the solar collectors which further reduces the efficiency of this approach compared to outdoor energy systems.

GlassPoint maintained that by using the greenhouses it was able to collect energy with thin and inexpensive sheets of aluminum that are curved into mirrors. Protected from the wind, GlassPoint’s trough-shaped aluminum sheets are 90% lighter than traditional outdoor mirrors made of glass. The company also said it spent several years working to improve the greenhouse structure, the mirrors, and use less materials to improve cost efficiencies.