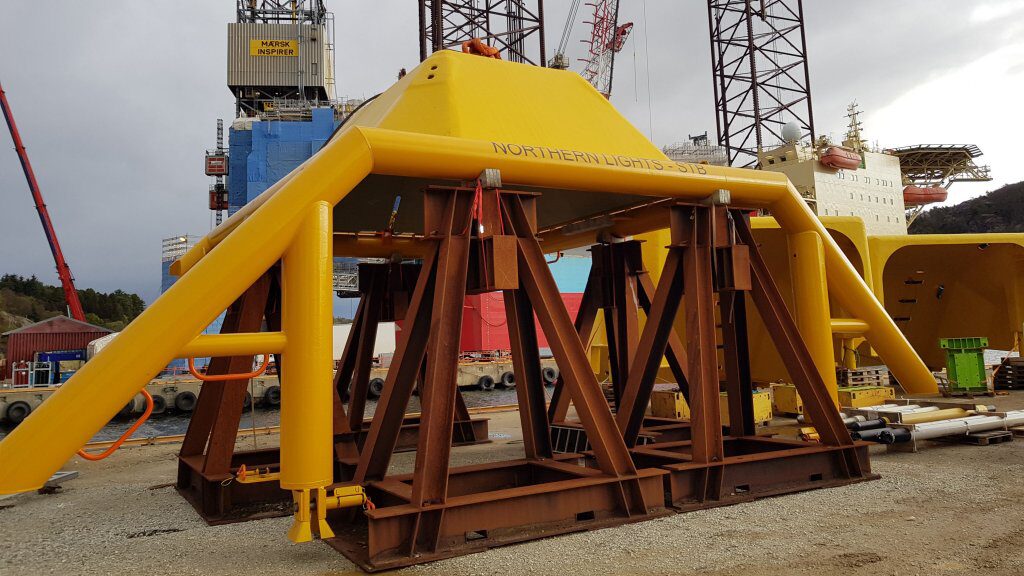 Equinor, Shell, and Total announced they are investing in the Northern Lights project in Norway’s first exploitation license for CO₂ storage on the Norwegian continental shelf.

Initial investments are estimated at $673 million, with about 57% of the investment going to Norwegian contractors.

If the Northern Lights project succeeds, it would be the first with capacity to store CO2 from multiple industrial resources.

In March, the three companies announced the completion of confirmation well 31/5-7 Eos south of the Troll field to investigate whether reservoir rocks in the Lower Jurassic are suitable for storage of CO2. This was the first well drilled in exploitation license 001, awarded in January 2019.

The project, if approved, will be developed in phases. The partners have so far completed preliminary engineering studies, project planning, and the acquisition of data through coring, logging, sampling, and production testing.

Phase 1 will include capacity to transport, inject, and store up to 1.5 million metric tons of CO₂ per year plus room for expansion. Once the CO₂ is captured, it will be transported by ships, injected, and permanently stored some 8,202 ft below the seabed in the North Sea.

The CO₂ receiving terminal will be in the municipality of Øygarden in western Norway. The plant will be remotely operated from Equinor’s facilities at Øygarden and the subsea facilities from Oseberg A platform in the North Sea.

Phase 1 is expected to be operational in 2024, pending a positive investment decision from the Norwegian government in 2020 and approval from the EFTA Surveillance Authority.

"This unique project opens for decarbonization of industries with limited opportunities for CO2 reductions. It can be the first CO2 storage for Norwegian and European industries and can support goals to reduce net greenhouse gas emissions to zero by 2050," said Anders Opedal, executive vice president for technology, projects, and drilling at Equinor.