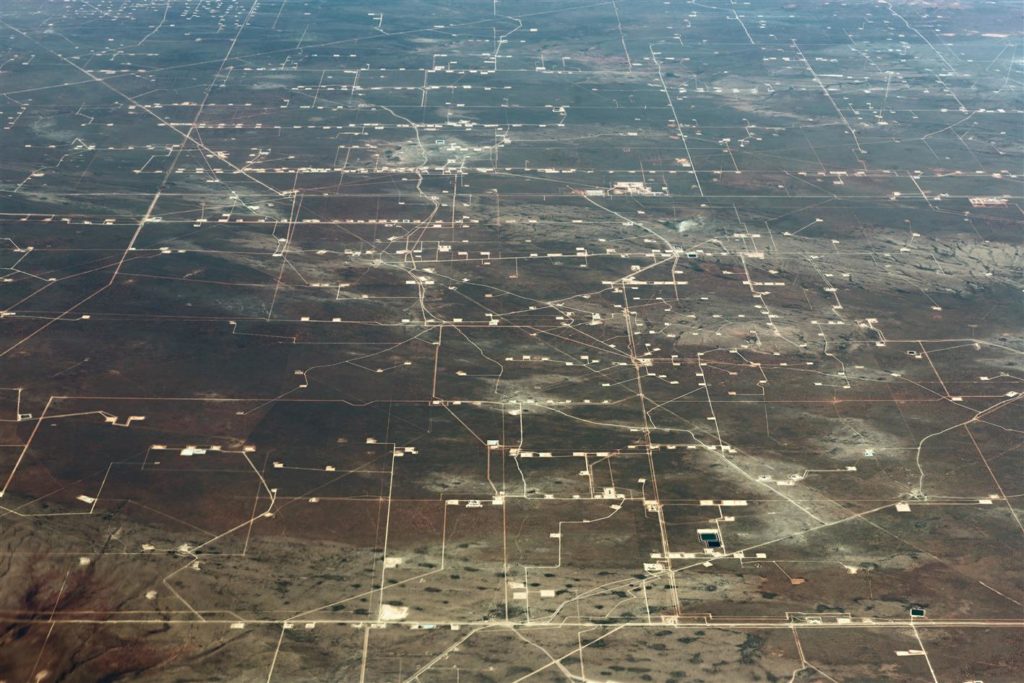 In addition to flaring, fugitive methane emissions have become a major source of the criticism levied against the oil and companies that are developing US shale basins.

The problem is a complex one to solve, but its importance has stirred interest in new methane detection technologies. The recency of this development has also meant that many of the examples of deploying these new fugitive hunting tools are usually at the pilot scale.

Two of the largest Permian Basin oil and gas companies—ExxonMobil and Pioneer Natural Resources—are teaming up to build what is being described as a “first-of-its-kind network of sensors for monitoring emissions across an oil and gas production region.”

The status quo in many onshore shale plays involves semiannual or annual inspections that use optical sensors (e.g., infrared cameras), low-elevation drone platforms, or fixed-wing surveys from higher elevations. Each captures data at different resolutions, but their biggest drawback is that they only offer a snapshot in time.

By contrast, a permanent and interconnected sensor network offers operators the ability to continuously monitor a large area and quickly pinpoint leaks as they happen.

“Project Astra is an ambitious and innovative collaboration to develop comprehensive, continuous monitoring of methane emissions, a potential new capability that can be achieved with industrywide participation,” Staale Gjervik, senior vice president of unconventional at ExxonMobil, said in a statement. “ExxonMobil is committed to the development of technologies and partnerships that advance cost-effective solutions to reduce methane emissions.”

To go from concept to reality, the shale producers will be getting help from The University of Texas at Austin (UT), Environmental Defense Fund (EDF), and the Gas Technology Institute (GTI). The EDF will lend its policy expertise to the project while GTI will provide additional technical support.

There are no details yet on how large an area the project might cover, which entity will oversee it, and how public its real-time data set will be. However, one of its stated goals is to make it easier for regulators to understand the methane intensity of onshore oil and gas operations.

Before the proposed network is established, the project must test a number of detection technologies—with a focus on those that can operate autonomously and use mesh networks to transmit data. The next step will be to get some idea of the capabilities of each technology and how they will perform at scale.

Rather than start by conducting a series of pilot tests, this piece of the program will be done virtually. Researchers at UT are creating a computer model that will simulate different methane concentrations in the atmosphere that might exist above an oil field. Each technology candidate will be recreated in this virtual oil field where the final exam will be issued.

When the simulations identify a winning design for the network, which will be based on environmental, cost, and operational targets, the next step will be to establish a real-world prototype network in the Permian.

The public-private project has also committed to spurring further innovation in this arena by sharing its findings and analysis through peer-reviewed journals and other forums. This includes the data used in the atmospheric simulations run by UT.