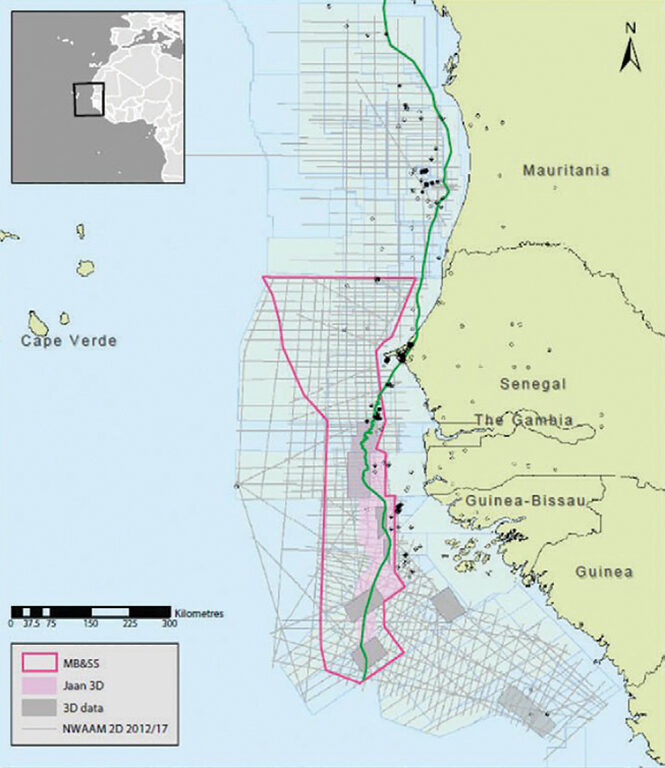 TGS, with the support of TGS’ Russian partner DMNG, has completed its second phase of processing in the Russian Sea of Okhotsk. The regional 2D seismic survey encompasses 21631 km2 offshore Sakhalin Island.

This reprocessing project is the second phase of a mission to provide greater offshore coverage of the region, following TGS’ original 2D Phase 1 Clari-Fi broadband reprocessing of 18970 km2 in 2019.

Following completion of the project, first data have been sent out to pre-­funding customers and are now available to all industry customers.

In West Africa, TGS has begun a 3D seismic survey offshore The Gambia.

The work was undertaken in cooperation with The Gambian Ministry of Petroleum and Energy and the BGP geophysical service company, aboard a BGP vessel that had just completed a 3D seismic survey in northern Senegal.

The 4770-km2 Gambito 2020 3D survey covers open acreage in deep and ultradeep waters. It is located at the heart of the MSGBC basin—named for the countries in which the mini subbasins reside, namely Mauritania, Senegal, Gambia, Guinea-Bissau, and Guinea-Conakry.

The acquisition in The Gambia will last around 3 months; the full dataset will be available after final processing in Q2 2021.

The survey will support a future licensing round organized by The Gambia. TGS also has exclusive rights to existing offshore multiclient seismic data.