The number of active natural gas rigs in the US fell further to 80 on 8 May. The number had dipped to 85 on 21 April, the lowest number since August 2016, according to the Baker Hughes rig count. As of 8 May, there were 103 (54%) fewer natural gas rigs than last year at the same time.

Production rose in 2019 even though the rig count decreased, reaching a record-high 96.3 Bcf/D of dry natural gas production in November. Since then, however, production has declined as relatively low natural gas prices have diminished the economic incentive for producers to drill new natural gas wells.

Similarly, the associated production of natural gas has fallen, as low oil prices have reduced the incentive to drill oil wells.

Completion of drilled-but-uncompleted-wells (DUCs) has likely offset some of the decrease in production from newly drilled wells; according to the US Energy Information Administration (EIA), as of March 2020, the number of DUCs was 13% lower than at the peak in May 2019. This drop indicates more wells are being completed than are being drilled.

EIA forecasts dry natural gas production will continue falling through next year, from 94.5 Bcf/D in January 2020 to 85.9 Bcf/D in March 2021, after which production should again increase. 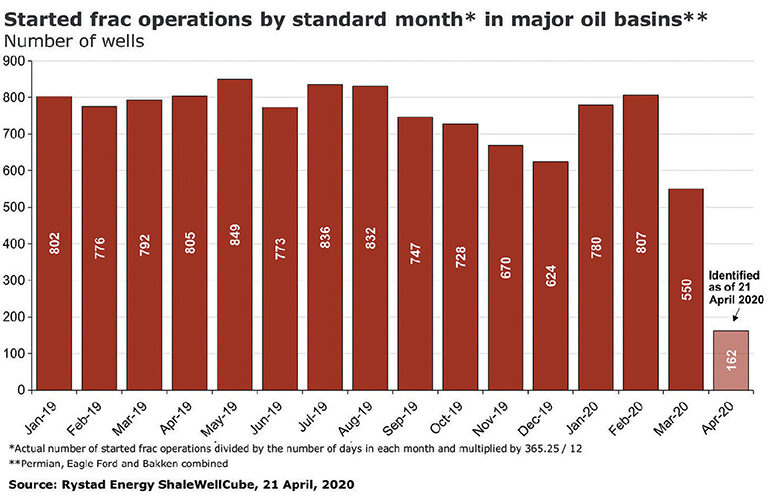