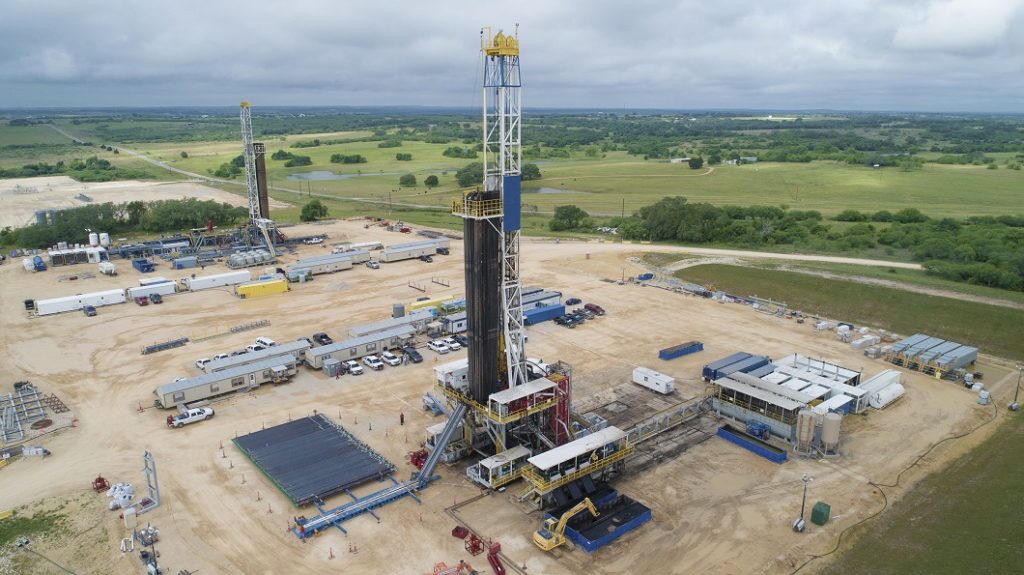 The oil and gas industry’s current downturn is only 3 months old. But the swiftness with which the global crude markets were brought down by the ongoing global pandemic is likely to leave an impression that will be felt for many years to come.

One of the unknowns remains the full impact that this new cycle will have on technology development and the ambitious roadmaps that large operators, especially, have touted as the route to their future.

Greg Leveille, the chief technology officer of ConocoPhillips, is among those charged with paving that path and said despite the turmoil, “We haven’t changed our direction to any significant degree” when it comes to the international major’s technology priorities.

“But if you look back further in time, there’s been enormous changes,” he added. “It’s really been an evolutionary process over maybe the last 6 to 8 years.” Leveille was speaking during an SPE Live interview during which he explained that the long arc of where the company is headed has already been bent by two major forces.

The first was the realization that we are living in an era of “hydrocarbon abundance” thanks to the advent of the shale revolution. The second is the digital revolution that has more recently captured the attention and an increasing share of budgets across the oil and gas business.

“It wasn’t that long ago that most technology roadmaps were focused on challenged resources,” said Leveille, and ones that “frankly, needed significant improvements” in terms of being cost-competitive across a portfolio of global assets. On the industry’s list of frontier projects a decade ago were gas hydrates, offshore Arctic fields, and oil-shale deposits.

“Today, we are laser focused on trying to take our low-cost supply resources and make them even better—so big, big switch there.” His comments reflect ConocoPhillips’s recent emphasis on its unconventional operations in the US Lower 48 which have taken center stage among an asset base once dominated by offshore projects.

Though there remains a lot more to learn about unconventionals, and though the shale sector has been among the hardest-hit in the current global crude price rout due to its high capital requirements, Leveille remains optimistic that tight-oil can expand its margins once again.

“I think unconventional reservoirs are going to be coming back, but they’re going to be in a world which is very competitive. All the other asset types are trying to find ways to improve as well,” he said.

The Decade of Digital

Considered critical to moving the cost needle in shale developments, and across the board, is the industry’s ability to leverage new digital technologies. While acknowledging that this is a topic that has arguably been “overexposed” in recent years, Leveille said he sees the 2020s as “the decade in which digital really comes into its own in our industry.”

In some ways, the global pandemic that has caused low oil prices is accelerating this trend due to the restrictions it has imposed on the workplace. For instance, Leveille said employees at ConocoPhillips were using the newly released business communication software from Microsoft Teams “to a moderate degree” prior to the onset of the pandemic. Since then, the companywide utilization rate has increased sixfold—activity that goes beyond mere teleconferencing.

“We’re really using this to collaborate across organizational boundaries,” he said, adding that it has bridged the divide between the company’s various office locations. “You might have someone in Alaska, Norway, or Houston working together on a particular technology—they can do it in real time.”

But it is in the field where many expect to see the most dramatic effects of the digital transformation. Leveille said the change is coming thanks to a variety of automation technologies which are underpinned by advanced analytics and digital twins that simulate the conditions of complex and interconnected production systems.

The hope is that these new tools enable operators to leverage smaller numbers of personnel to grow production to new heights. Giving context to this industrywide ambition, Leveille said operations that might have once required hundreds of people on site are being reduced into the tens of people on site. He noted that the company is “pleasantly surprised” by the effectiveness of its initial efforts.

He later pointed out that the US shale revolution has so far tallied up an estimated 150,000 hydraulically fractured horizontal wells since its inception almost 2 decades ago. Over the next decade, the industry could be drilling hundreds of thousands more and to do that Leveille said, “We’re going have to find ways to manage those type operations, without increasing the size of our workforce.”

Leveille also highlighted several digital tools that are being deployed to monitor and lower ConocoPhillips’s methane emissions—one of the key pillars of its sustainability strategy.

This reflects another industrywide effort which aims to detect and quantify sources of fugitive methane from the wellhead to production facilities. ConocoPhillips is investing in a wide array of emissions-focused technologies that include satellite surveillance, vehicle-mounted-sensors, drones, and fixed sensor networks at its processing sites.

It’s Still About the Rocks

Directly addressing SPE members, Leveille said everyone in the upstream industry today should ask themselves: “What can I do to become more digitally aware and work with more digital technologies?”

His point was not that the industry’s traditional foundations of petrotechnical engineering has lost any value in the run toward modernization, but that they are more valuable when coupled with the emerging skills of the day.

Leveille described this combination as the “secret sauce” to lowering ConocoPhillips’ development costs. This can mean placing engineers with data scientists or training up engineers to be able to deploy certain data science tools themselves. “Some of the success we’ve achieved have been just absolutely amazing,” he said of this initiative.

One example he offered is in the hydraulic fracturing space where ConocoPhillips is working to understand what defines an optimal completion design.

Just a few years ago, the widespread trend seen across the shale sector was that bigger was better. In essence, more fluid and more sand were billed as equaling a higher-performing well. “But what we found was that when we actually went in and did some detailed data science work, you know, bigger isn’t always better, depending on the conditions,” he said.

He also said that ConocoPhillips is working to overcome the industry’s challenges that have come due to a short supply of detailed subsurface data. To this end, the company has embarked on a number of initiatives.

One of the most well-known and recent examples is the company’s work on a test site in the Eagle Ford Shale of south Texas that delivered some of the richest data sets about fracture networks that the industry has ever seen.

ConocoPhillips is also in the business of sharing data and is seeking to expand that effort through a partnership with international oil and gas consultancy Wood Mackenzie that is the caretaker of a data-sharing project among a group of producers in North Dakota’s Bakken Shale.

The the consortium was established to exchange details on completion designs that are not available in public databases, which is a model Leveille wants and expects to see more of in the future. “The industry really does need to find ways to do this because in the final analysis, we’re not just competing with each other—we are competing with other sources of energy,” he said, reiterating that the collective goal of the shale sector needs to be on driving down the cost of supply.

The convergence of digital technology and first-principle engineering may also be bringing into view what many consider to be the ultimate step change for the completions segment: Real-time hydraulic fracturing. Leveille described the development as “an area with a lot of opportunity.”

“We know the rocks talk to us,” he said. “The rocks tell us about what’s happening downhole and it should influence how we design, if you will, the stimulation job.”

But first, the digital revolution must be won. ConocoPhillips and other companies will need to figure out how to build networks of reliable sensors, adopt advanced monitoring techniques, and build up the expertise required to know how to react to the signals.

The good news is that similar efforts have been accomplished on drilling rigs in recent years and “completions is following not too far behind,” said Leveille.

Carbon dioxide (CO2) waterless fracturing uses liquid CO2 to replace water as the fracturing fluid in reservoir stimulation. The continuity and reliability of the blender are key factors determining performance of the operation.