With declines in crude oil and natural gas prices in March and April, producers have announced plans to further reduce capital spending and drilling levels, as well as curtail production from some existing wells. Most of the expected decline is from associated gas in oil-directed plays, particularly in the Permian Basin.

Natural gas prices were already decreasing earlier this year because of the previous year’s record production level and a warmer-than-normal winter. US benchmark Henry Hub prices fell to an average of $1.74/MMBtu in April 2020, the lowest monthly average since March 2016. 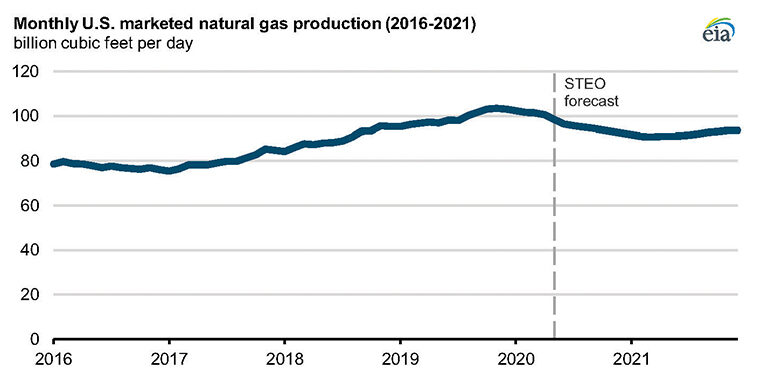