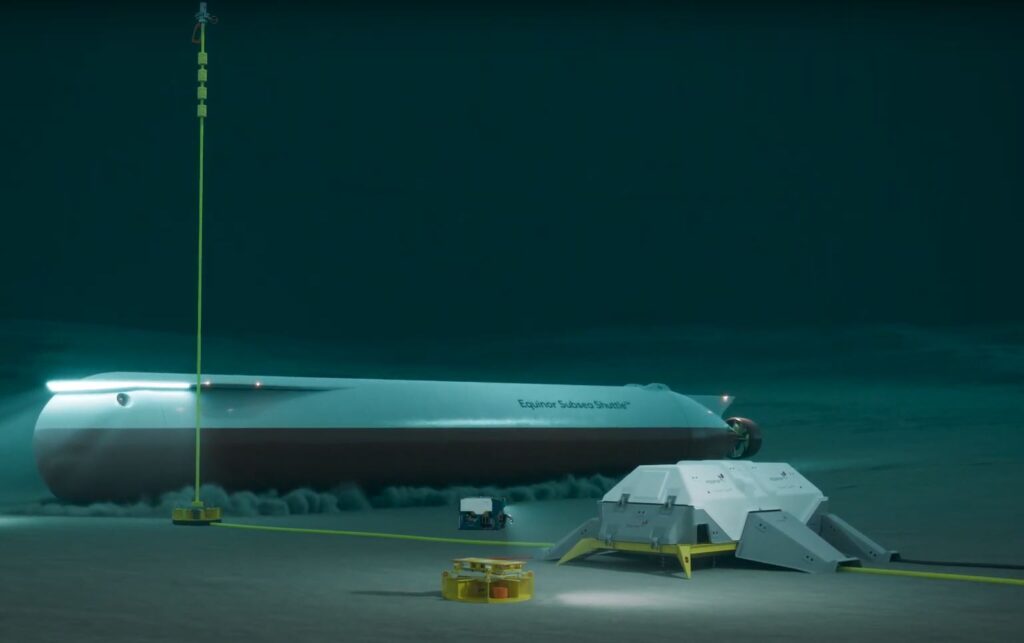 An illustration of an unmanned submarine landing on the seafloor as it awaits to be connected to a wellhead for injection operations. Source: Equinor

CO2 sequestration today is almost exclusively an onshore operation, involving networks of pipelines, compressors, and teams of personnel to oversee it all. In a newly released video, Equinor has proposed another idea: a fleet of electrically-powered submarines that will carry CO2 to subsea injection sites autonomously.

Each of these “subsea shuttles” would be 135 m (443 ft) long, roughly equivalent to eight semi-trucks parked one after another, but significantly taller. Equinor has shared the concept so far only on its LinkedIn page where it said the idea was the result of a collaboration between an inventor and experts in IT, 3D printing, and CO2 management.

In the computer animation, multiple shuttles are shown transiting to and from a subsea installation that also features resident underwater vehicles—itself an emerging but not fully realized concept.

Instead of hovering or maintaining station, the large submersible units simply glide onto the seabed as the resident vehicle attaches a flowline for loading or offloading. Several tanks inside the shuttle hold the gas.

The concept calls on the shuttles to rely on batteries—making them zero-emission vehicles—which could be recharged via a subsea source of electricity. The shuttles would also not be limited to carrying CO2 and would be used to transport crude oil from a subsea wellhead or to bring water to the seabed for enhanced recovery injections.

The concept is reflective of Equinor’s new sustainability strategy that included dropping its original name in 2018 from Statoil to one it said reflected a broader energy interest. Along these lines, Equinor has become more active in offshore wind energy projects and in November announced that it was part of a joint-industry research project to develop subsea CO2 processing and injection technology. 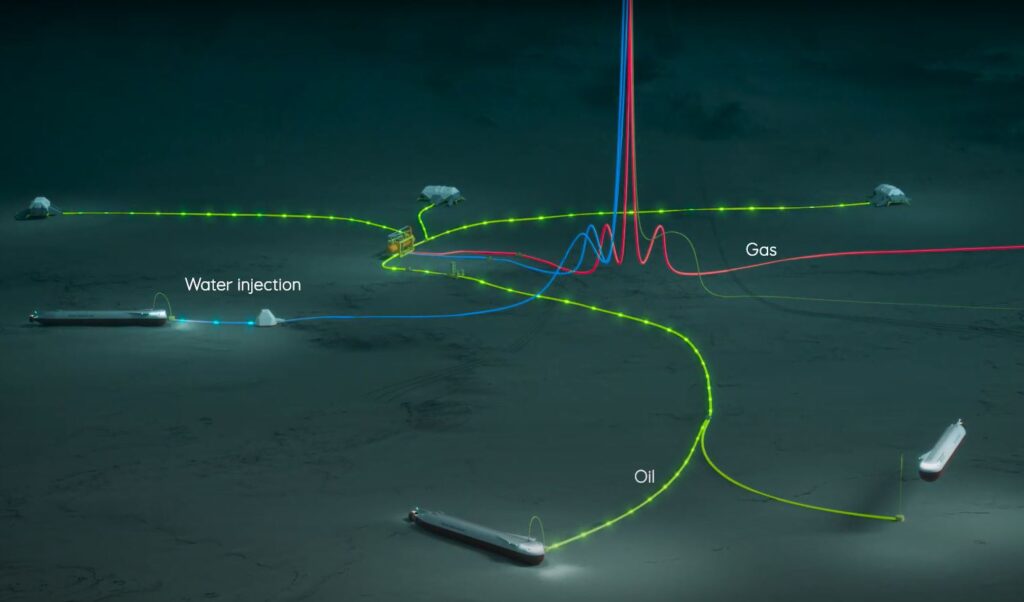 A subsea layout shows how subsea shuttles could be used for multiple operations. Source: Equinor

Rig Owner Seadrill Partners File for Bankruptcy Protection in US

The London-based company is seeking to restructure more than $3 billion in debt as it struggles to find work for its offshore fleet.

Drones Move From “Nice To Have” to Strategic Resources for Projects

A presentation at the 2020 Offshore Technology Conference Asia described a study of unmanned aerial vehicles operated by off-site pilots based in remote control centers many miles from the facility.

In the aftermath of the Deepwater Horizon oil spill, the oil and gas industry, regulators, and other stakeholders recognized the need for increased collaboration and data sharing to better identify safety risks and address them before an accident occurs.